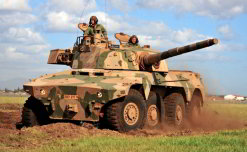 The South African National Defence Force
co-hosts the international Swirmo
workshop, which comes to Africa for the
first time in 2011.
(Image: SANDF) 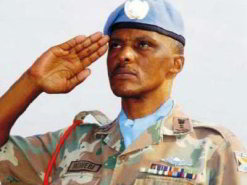 In an African first, the South African National Defence Force (SANDF) and the International Committee of the Red Cross (ICRC) are to host a high-level workshop on international rules governing military operations.

The fifth Senior Workshop on International Rules Governing Military Operations (Swirmo) will be hosted by the South African Military Academy in Saldanha Bay, Western Cape, from 27 June to 2 July 2011.

Every year, the workshop is hosted jointly by the ICRC and the defence force of a selected nation. To date it has taken place four times in Europe, and in 2011 is expected to be attended by 70 senior officers from different armed forces across the globe.

The 2007, 2008 and 2010 editions took place in Switzerland with the Swiss armed forces as co-hosts, while Swirmo 2009 was held in Paris in cooperation with the État-Major de l’Armée de Terre (headquarters of the French land forces).

“Our defence force continuously strives to achieve a high level of excellence for the troops in South Africa and peace-support operations on the continent.”

Mgwebi will officially open Swirmo 2011 at the Military Academy on 27 June.

“By providing our troops with the best military training, we are ensuring a safe and secure South Africa, while contributing to a better Africa and a better world,” he said.

“Such a workshop is essential to bring about greater respect for international law and limit the suffering of people affected by armed conflict or internal violence,” said the ICRC’s vice-president Christine Beerli, who is expected to attend the opening ceremony.

This year’s Swirmo aims to enhance understanding of the most pressing international legal issues faced in modern military operations. It will focus on military detention, the conduct of hostilities in armed conflict, and military involvement in law enforcement operations in order to translate legal principles into practice.

All the participants and instructors are senior military officers who have extensive backgrounds and experience in operations or training.

At Swirmo they’ll receive valuable tools to help them integrate international laws of armed conflict and human rights into their field training and military disciplinary systems – thus encouraging behaviour that meets legal requirements when carrying out all kinds of military operations.