What Islamic State is doing is against Islam, South African Muslim cleric stress. The militants do not act in the name of Islam or any religion, they say. “No religion condones murder.” The Muslim Judicial Council has urged its leaders to speak out against the terror group. 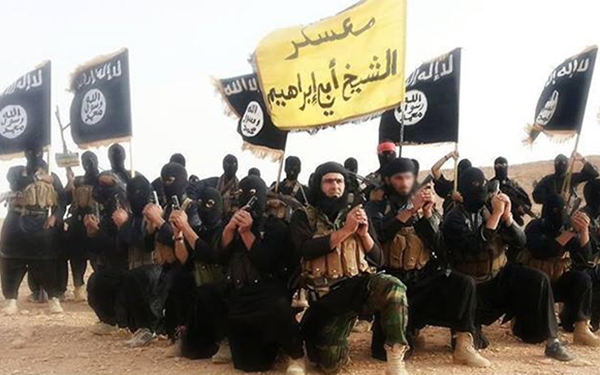 What may have been alarming to the government’s Ministry of Security was an eye-opener for many South African Muslim leaders.

On 5 April, a 15-year-old Cape Town girl was stopped at the airport on her way to join the extremist group, Islamic State (IS). This prompted the Muslim Judiciary Council (MJC) to call a meeting of its leaders in the Mother City to raise awareness of its stance on the IS.

Nabeweya Malick, the MJC spokesperson, said the council’s fundamental message was that Isis, the Islamic State of Iraq and Syria and also known as IS, did not represent Islam and Muslims. “Their actions violate pillars of Islam so we will be raising awareness workshops with our clergy where we will inform them about Isis and their methodology,” she said to news portal yahoo.com.

At the meeting, 80 clerics and scholars were encouraged to speak out against IS. According to the news portal Times Live, Malick said the leaders would take the message to their communities on Friday, during their jumuah sermons. In addition, workshops were planned for later this year.

The MJC plans to expand awareness of its stance on groups like IS, as well as teach Muslim leaders about how social media is used:

The Muslim Judicial Council says it will employ the services of experts to teach Imams about the use of social media.

IS is known to recruit volunteers through social media such as Facebook, Twitter, Instagram and Ask.fm. The organisation is social media savvy, using it to lure young people to join it. This has prompted the MJC to speak about the urgent need to protect South Africans from the group’s online tactics:

Malick said that while IS had been a focus of previous MJC meetings, news of the teen’s alleged attempt to join its ranks in Syria had catalysed urgent action. On Sunday, 5 April, the 15-year-old girl from Kenwyn, a Cape Town suburb, was taken off a plane by the authorities just before it departed for OR Tambo International Airport.

It is believed she was on the way to join IS. Minister of State Security David Mahlobo was informed of her disappearance and apparent ties to the militant group before she was escorted from the plane.

She is not the first teen to have tried to join IS. In December 2014, for example, British 15-year-old Sharmeena Begum was persuaded through IS propaganda to go to Syria. She got further than the South African and it is believed she is in the IS stronghold of Raqqa, Syria.

On the same day Begum left England, another teenager from East London was taken off a British Airways plane before the flight departed for Turkey. IS recruits are known to cross overland from Turkey into Syria.

Two Australian teenage brothers were stopped by airport security in Sydney in March as they reportedly attempted to join IS. Another 18-year-old Australian, Jake Bilardi, was recruited by IS. He reportedly committed suicide in Iraq.

The MJC has openly and frequently condemned IS for its actions, saying they are out of keeping with Islam.

Speaking at a press conference this week, Maulana Ihsaan Hendricks, the president of the council, said that the attacks by terrorist groups like al-Shabaab, Boko Haram and IS did not agree with the principals of Islam.

“Also, we don’t want the case of the 15-year-old girl to overshadow the most recent attack on Garissa in Kenya.” He was referring to the murder of 148 students at the Garissa University College in northern Kenya by al-Shabaab militants on 2 April.

The MJC said it did not want to comment on the South African teen until leaders had met her parents.

Meanwhile, several Muslim leaders have received threats from anonymous callers after speaking out against IS, according to Times Live.

Shabbier Ahmed Saloojee, the principal of the Zakariyya Park madrassa in Johannesburg, said these threats would not stop him from speaking out about what was wrong. “It was an anonymous call,” said Saloojee. “The person, a coward, warned me to be careful. To watch my step, to stop what I am doing.

“But I won’t. I won’t be a coward. I am not afraid of these faceless people and will continue to speak out,” he said. “I am not the only one to receive threats. There are a few Islamic clerics who have received these calls and messages, but none of us will be stopped from speaking out.”

He knew why he was being targeted. “For IS, the clerics are the number one target, their greatest adversaries because we are preaching that what they [IS] are doing is against Islam. They do not act in the name of Islam or any religion. No religion condones murder,” Saloojee said.

Watch – why the MJC president condemns IS recruitment:

Watch – why South African leaders cannot be naïve about IS recruitment:

Watch – why the MJC says fighting IS should be the responsibility of all South Africans:

Watch – how Muslims in Cape Town have condemned IS: