“It is not too late for South Africans to become active citizens in a way that really matters – by actively shaping our democracy,” writes Bishop Ziphozihle Siwa, head of the Methodist Church. “We will all be stronger for it and our institutions will benefit immeasurably.” 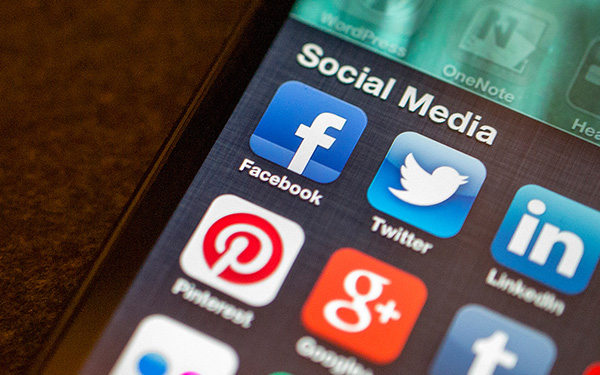 Social media and innovations in technology such as smartphones now allow South Africans to robustly express their public opinions on a range of issues, says Ziphozihle Siwa. This can only benefit South Africa’s living democracy. (Image: Jason Howie)

Brand South Africa’s CEO Miller Matola earlier this month reflected on what is accepted as the contemporary origins of the concept of democracy as well as those of our own much celebrated democracy. He included in his observations the obligation placed on all citizens to responsibly express their democratic rights as well as to bequeath a democracy protected by strong and secure institutions with strong leadership cultures to future generations.

The reflections of Matola led me on my own emotional and cognitive meanderings on the character of our South African democracy.

South Africa’s democracy is a product of the blood and tears of millions of people – some celebrated, some not, some organisations recognised, others fading into obscurity. And because of the nature of our citizens, the character of our democracy is multifaceted.

This is equally a strength and a challenge – a strength because if we take the time to find what is best in each other, our country can really be a shining model of how diversity can make us better; a challenge because if we do not take the time and patience to see what is best in each other, we will always remain fragmented with a false sense of cohesion. We can never build a strong, resilient and enduring nation without the former.

However, on reflecting on how we build this strong, resilient and enduring nation, I have realised that the democracy is not an end in itself. It is actually a journey, and as with some journeys – with navigators or not – we sometimes make a wrong turn or miss a road.

This is not unique to South Africa – sometimes I think we are harder on ourselves that others can ever be. That is not to say that we should continue driving in the wrong direction even when we know we will not reach our destination on that route.

Even the oldest modern democracies find themselves confronted with the evolving nature of democracy. This has led to the concept of an organic or “living democracy” – a way of life and a civic culture in which people creatively participate in public life. At the heart of this concept is acknowledgement that a democracy is forged when all citizens participate actively in building a nation and its institutions. And the very essence of democracy tells us that all expressions of freedom can coexist in societies, albeit it with the indispensable requirement of the responsibility with which we express our democratic freedoms.

Although democracy is commonly described as a system of government where all the eligible members of a state typically elect representatives, it is also considered to be a model where the majority view takes precedence in organised systems. This also then brings into question the balance of power in the system. Is it simple majoritarianism or does the ability of people to make their views known and to then act on these views in the relevant manner, depend on them having the appropriate power in society? We have all seen that in systems where the will of the people is repressed or the freedom of expression denied, people rise up in their numbers in protest – actively or passively – and sometimes aggressively as well.

In our 20th year of democracy, what is the character of South Africa’s democracy – yes, we know that we elect public representatives, we know that we expect our public representatives to understand that they govern by our will and choice. But what is the nature of our active participation in our democracy? Do we attend public hearings? Do we make inputs on legislation and policies under review and that will be implemented in a way what impacts on our lives – directly or not? Do we as citizens actively co-create and participate in our living democracy?

If we take into account the access to information that enables us to participate actively in our democracy, the internet and other social platforms have impacted positively on our access to information. In addition, innovation and the need the stay current has resulted in commercial entities continuously implementing innovative solutions on which such information is accessed – computers, tablets, mobile phones. In South Africa mobile phone penetration exceeds 100%. In addition access to smartphones is increasing rapidly which means that citizens can access conversations, documents, etc on hand-held devices.

Let us look for a moment at one of the most recent instances of the public engaging with a conversation on a range of platforms – last week’s judgment in the Oscar Pistorius case. Not only have the proceedings been followed closely by millions of people in South Africa and beyond but importantly, this has not been a passive process. This conversation exploded on Thursday last week when the judge ruled that Oscar was not guilty of murder. Opinions and views abounded and, most importantly, the law was being robustly discussed and deliberated upon – to the extent that the judge herself found her ruling, her reputation and her credibility under public scrutiny.

The media enabled this conversation, as well as experts who availed themselves for discussions. But mostly the conversation was driven by the ordinary citizen.

In addition, while we may sometimes engage in a public discourse on certain issues – the recent issues with the public protector, the behaviour of the EFF in parliament, to name a few – why do we merely comment on what is rather than helping to shape and craft the present with a view of ensuring the durability of the future?

Returning to the living democracy and our journey on this road, it is never too late to turn back or redirect your vehicle. It is not too late for us as South Africans to change the way in which we interact with this living democracy. It is not too late for us to become active citizens in a way that really matters – by actively shaping our democracy. We will all be stronger for it and our institutions will benefit immeasurably. At the very least we will stop feeling powerless. Actively contributing to and participating with our democracy is equal to us building and safeguarding our nation and the future of those who will follow us.

Bishop Ziphozihle Siwa is the presiding bishop of the Methodist Church of Southern Africa.