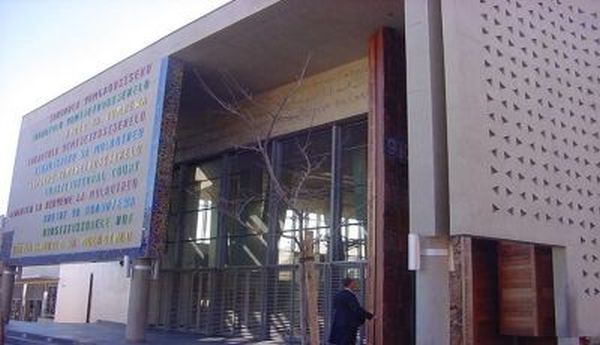 The state has brought a Schedule 6 case of premeditated murder against the paralympian. If he is found guilty, he will get a life sentence, which is 25 years. He will only be eligible to apply for parole after serving that term, under a Schedule 6 conviction.

His defence team, led by advocate Barry Roux SC, has indicated that it would be bringing evidence to prove his action is instead a Schedule 5 offence.

Schedule 5 offences include murder; attempted murder; rape; drug-related crimes – especially where the drugs are found to be worth R50 000 or more; corruption; extortion; fraud; forgery or theft to the value of R500 000; the illegal dealing in, or smuggling of, firearms; and assault on a child under the age of 16. If convicted of a Schedule 5 offence, the minimum sentence is 15 years for a first-time offender.

Schedule 6 offences include murder, including premeditated murder; the death of a law enforcement officer; or death as a result of rape or robbery with aggravating circumstances. Also falling under this offence is rape, which includes gang rape or rape by a suspect who knows he is HIV-positive. Rape of a person under 16 years or a mentally or physically disabled person is also a Schedule 6 offence.

Robbery with the use of a firearm, where grievous bodily harm results, or a car is stolen, is also a Schedule 6 offence.

South Africa’s legal system is based on Roman-Dutch Law, and does not follow a jury system.

The next highest court in the country is the Supreme Court of Appeal, based in Bloemfontein in the Free State, and only deals with cases that come from the High Court. Only the Constitutional Court can change decisions from the Supreme Court of Appeal. Three to five judges sit in this court and the final judgements are made by a majority decision.

The High Court hears cases which are too serious for the Magistrates’ Court or when a person or organisation wishes to challenge a decision of a Magistrates’ Court. These cases are usually presided over by one judge but if a case on appeal is heard, then two judges will hear the case.

If the case is about a very serious crime then a judge and two experienced and often retired advocates or magistrates will assist in the case. They are referred to as assessors. The judge can override their opinions but they are usually there to help the judge make a decision.

The High Court divisions have jurisdiction or the right to hear a case over provincial areas in which they are situated. The decisions of the High Courts are binding on Magistrates’ Courts within their areas of jurisdiction. Usually only advocates appear for their clients in the High Court.

They usually only hear civil matters involving more than R100 000 and serious criminal cases. They also hear any appeals or reviews from Magistrates’ Courts.

There are 14 high courts in South Africa. Circuit Courts are also part of the High Court system. They sit at least twice a year, moving around to serve far-flung rural areas.

The Master of the High Court administers cases of deceased estates, liquidations, and registration of trusts, among others.

The Sheriff of the High Court is an impartial and independent official of the Court appointed by the Minister of Justice and Constitutional Development who must execute all documents issued by the court, including summonses, notices, warrants and court orders.

Pistorius’s case is being handled by the National Prosecuting Authority, the government agency handling criminal cases in the country, with a team of prosecutors. The police work with this agency, presenting evidence to the authority, which then decides whether there is sufficient evidence to go ahead with a prosecution.

Pistorius’s case is being heard in the North Gauteng High Court in Pretoria.

The Magistrates’ Courts are the lower courts which deal with the less serious criminal and civil cases. They are divided into regional courts and district courts.

A regional Magistrates’ Court can sentence a person found guilty for a period of up to 20 years, or can impose a maximum fine of R300 000.

The district Magistrates’ Courts try the less serious cases, which exclude cases of murder, treason, rape, terrorism, or sabotage. They can sentence a person to a maximum of three years in prison or a maximum fine of R100 000.

Ordinary Magistrates’ Courts can hear civil cases when the claims are for less than R100 000. They will not deal with cases involving divorce, arguments about a person’s will, or matters where a person’s sanity is in question.