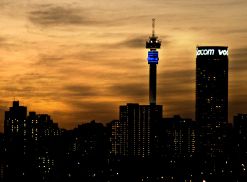 Johannesburg’s population grew by 1.2-million people in the decade between 2001 and 2011.
(Image: MediaClubSouthAfrica.com. For more free images, visit the image gallery) 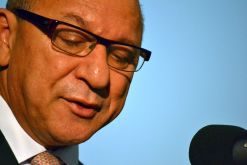 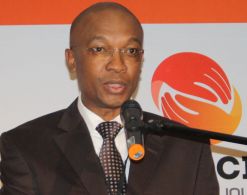 Caring cities take responsibility, and social participation is needed in order for cities to function efficiently. This was the message Johannesburg’s mayor, Parks Tau, punted at the 2013 Metropolis Annual Meeting in Sandton on Wednesday, 17 July.

The event, which takes place between 16 and 18 July, brought together more than 80 mayors from around the world to discuss ways of overcoming challenges such as poverty, informal housing, transit and communications infrastructure, and public services.

Keeping in line with the conference’s theme of Caring Cities, Tau said a city with the ability to care is also able to act and take responsibility. “This theme is underpinned by the profound philosophy of ubuntu. We are bound by accountability.”

According to Metropolis secretary-general Alain Le Saux, the organisation was established in 1984 as an international forum for major cities to gather and discuss common issues and goals. Usually, such topics involve water supply, transport and sanitation. But, according to Le Saux, Tau wanted this year’s discussion to be about putting citizens first. “We are not looking at the transport company but at the people inside the bus.”

For cities to become more resourceful, Tau said their citizens would have to actively participate in the way they are run. He urged citizens to look at public participation beyond the transactional framework and bring their expertise to provide local solutions to problems.

“If you go to Soweto on a Wednesday, to an area where waste is collected; after the trucks have moved there are a group of young people who sanitise the bins and send them back to the houses. The households then give them some money. Now that is community involvement. They have found a solution to a problem.”

Tau looked abroad for innovative ways of making Johannesburg more liveable. He spoke of how Brazilian cities came to regularise informal settlements in its major cities, which subsequently gave inhabitants a degree of security. “It gave people the ability to [interact] with the city because they are not living in temporary environments.”

He spoke of the Lula Movement in Brazil, which involved citizens in the development of communities. Former president Luiz Inácio “Lula” Da Silva put in place measures which would make citizens more responsible. For instance, one of the objectives was the provision of education to children. Citizens would be given free basic services if they continued sending their children to school. However, if their children were not at school, the government would stop the free services. “This is building a different relationship as opposed to people just being passive recipients of municipal services,” said Tau.

Nádia Campeão, the vice-mayor of São Paulo in Brazil, said public participation requires access to information to ensure social control. “To us, social participation is about taking care of the city. It is only through this that we can reach our goals.”

Johannesburg to be centre of urban innovation

According to Trevor Manuel, minister in the Presidency, Johannesburg is South Africa’s fastest growing metropolis in terms of population growth. In his address, Manuel said between 2001 and 2011, the city grew by 1.2-million people.

As a reaction to this growth, he announced the establishment of the Centre for Urban Innovation, which will be used by the Johannesburg City Council to track innovative practices of cities from around the world.

The centre will also bring stakeholders together to deal with urban issues, said Manuel. “Part of what it will do is to convene and stream ideas.”

In Manuel’s opinion, stakeholders do not use enough of the ideas urban planners are publishing. “I am staggered by the amount of information and how little we are using to implement and drive change.”

Manuel believed Johannesburg and other major South African cities are still dealing with the vestiges of the Group Areas Act, an apartheid law which assigned racial groups to specific residential and business zones in urban areas.

He suggested an efficient land use management initiative that would maximise the value of land and improve the efficiency of a city’s function. “Unless we do this early, people will settle where they move to and it will become harder to [relocate] them. The idea that the poor settle on the most marginal land because it is cheaper actually disadvantages them.”

Tau suggested that cities around the world should co-operate to learn from each other. He said as the world comes closer together, new forms of communication between metropolitan areas will take place. “We as large cities need to embrace closer collaboration with each other.”

Campeão agreed that international cooperation is one of the best ways to capture good practices and solutions for cities. And with this in mind, São Paulo is already making an effort to increase its global relations. The city will be one of the major venues of the 2014 Fifa World Cup and it is hosting the World Expo in 2020.

He said new policies need to be drawn up to deal with rising temperatures and sea levels, food security, globalisation and the liberalisation of financial markets. Cities, he added, should also accept their new roles as economic promoters, cultural transformers of economic policies, and co-operative centres for national and supranational economic policies.

Le Saux spoke about the transformation to megacities and the challenges this poses. One of the major problems, he said, is access to land. He recommended that land be prepared in a way that would provide people with the ability to help themselves. “We have to believe in the capacity of the people to organise their lives. But for that to occur, the local authorities need to give them what they need; land, public water, energy and other basic services.”

He proposed that development be refocused on the city centre, which would force urban planners to build upward. “In the past the network was very big. But today, we have to see if it is possible to create small networks and to make a conjunction between these networks. That could probably be less expensive and easier to organise.”

He said current building technology allows us to recycle water, generate electricity and develop an internal heating system, which could save cities a lot of money. “If we can do this to all parts of the city, then we would have found our solution.”