Two initiatives – one in Cape Town and one in Durban – are helping artisans and tradesmen to increase their business base. Trade-Mark and The Grassroute act like agencies and incubators, linking artisans and clients as well as offering them assistance in marketing and quoting. 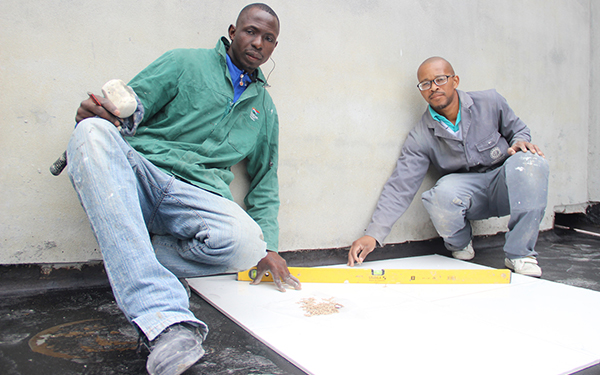 Tradesmen are able to expand their client base and make more money through Trade-Mark. (Image: Supplied)

The lives of many artisans, painters, carpenters, craftsmen and other tradesmen are changing through the assistance of Trade-Mark and The Grassroute, in Cape Town and Durban respectively. These enterprises help the tradesmen increase their business base, thereby assisting them to improve their overall livelihoods.

Take the story of Kingstone Kataruza, for example. The painter got married quietly, at the time not having the money for that white wedding of his dreams. “As a result of contracts he secured through Trade-Mark, he was finally able to put enough aside to have a wedding,” said Joshua Cox, Trade-Mark’s founding director. He attended the wedding, “one that Kingstone had earned entirely through his own hard work”. Cox said it was special to have played a small part of that happy tale.

The idea behind it all

The idea for the Cape Town organisation was sparked in 2007, when Cox saw how Simon Mudau’s paving and tiling business struggled to grow. The two men had become friends after Mudau had done some work for Cox. “A simple reference letter helped him secure contracts of R40 000 and more,” explained Cox. He saw there was a gap in connecting skilled craftsmen from townships with people in need of that particular skill. “No-one was doing this work and so I decided to take on the task.”

There are four steps to the process: “A client logs a job on our website; we then connect him or her with the most relevant tradesman who then communicates directly with the client, arranges to meet to inspect the site and gives the client a written quote,” Cox explained. “If the quote is accepted the tradesman and the client liaise around a start date and once the contract is completed, the client pays the tradesman directly.”

The last step is client feedback.

In another coastal city, on the other side of the country, artisans are the focus. The Grassroute, in Durban, was established by Nabila Bana and Safiyyah Patel. “We kept coming across talented artisans who practised and sold their crafts on the side of the road or on the fringes of craft markets,” Patel explained. “They all had incredible skills [but] no platform to sell their products beyond the foot traffic passing them on a daily basis.”

The two were inspired by the commitment of the crafters, despite the struggle to make ends meet. “The idea of collaborating with such artisans to capture their individual stories and to create unique and functional products and provide access to a market was thus born,” Patel explained.

“We hope that through featuring them on an online platform, they are able to access and be accessed long after their products have been sold on our store.” Patel and Bana would like to improve the artisans’ lives, expand their product lines and get them noticed by the rest of the country, and the world.

From encountering an unsuspecting artisan, to seeing their story and products up on The Grassroute. Here’s a quick behind the scenes look at our production process: The Neighbourhood Stock Exchange.

Posted by The Grassroute on Tuesday, 24 March 2015

The tradesmen who have used Trade-Mark almost all agree it has helped them to increase their business and has given them important skills to be successful.

“I have gained more skills in marketing, how to look after my financial records, how to handle my clients, and they also helped me with getting jobs, which makes a big difference in my life and business on its own,” explained Gladman Mapuma, owner of MG Mapuma Construction.

Painter Herbert Makamba said he was not getting enough work before Trade-Mark. His painting company, Agile Hands Painters, only made R7 000 a month; following its link with Trade-Mark, it now makes R12 000. “Seven months ago, I did not have any clear goals about my life let alone my business but now everything is crystal clear,” Makamba said.

The Grassroute has also helped six gogos, or grandmothers, from the Valley of a Thousand Hills sell their ubuntu dolls. “Every ubuntu doll is then given a unique name by the gogo who makes it and the doll’s name is then printed and attached to the doll at the 1000 Hills Community Helpers Centre,” explains the organisation’s website.

Each doll is also sold with an information card, featuring the particular elderly woman who made it. 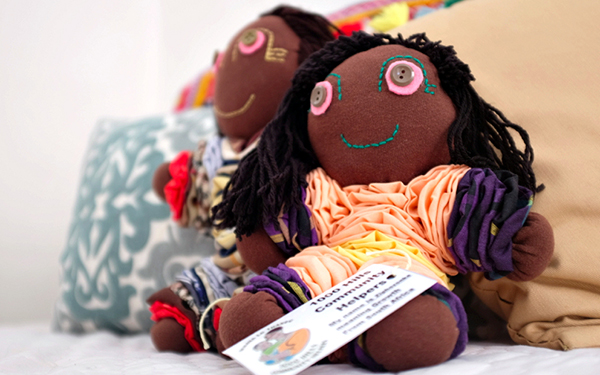 The women of Valley of a Thousand Hills create these ubuntu dolls, each one uniquely made by hand and each given their own name. (Image: The Grassroute)

Expansion into the country, and beyond

Both organisations plan to expand into the rest of the country. Trade-Mark is looking to recruit 20 tradesmen in Johannesburg to launch in the city. “We are already starting to explore the potential to take the model beyond our borders to other developing countries,” Cox said. “There has been strong interest in Trade-Mark in Colombia.”

Patel and Bana have also started to source crafts from other regions. “We are very excited to follow the grass-route around South Africa.”

The biggest challenge for The Grassroute is the lack of resources – it is sometimes difficult to contact the artisans, who are also not used to producing large quantities of their creative work. “Sourcing quality materials and developing a product around someone’s skill is also hard work,” said Patel.

Cox said it had been difficult to spread the word so the tradesmen themselves are able to increase their client base, even though existing clients have been very happy with the level of service and work produced. Yet it has not dented his confidence: “We are confident that it is only a matter of time before everyone who wants to do renovations on their offices or home will come straight to Trade-Mark to access the best service and to make a difference in the community.”

Trade-Mark has received great client feedback, which it proudly publishes on its Facebook page:

Client feedback: “Kingstone was utterly reliable and is a man of his word. We could not be on site, so he took the…

Posted by TRADE-MARK on Tuesday, 3 February 2015

Patel and Cox label their ventures as social enterprises and they are both on the lookout for the best quality in the services and products they supply. “We challenge the status quo and I also see us playing a role in challenging some of the negative preconceptions many people hold towards service providers from townships,” said Cox. “We don’t sell a cheap, second-rate service; we sell a quality, professional service.”