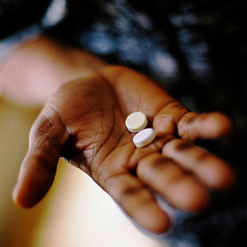 Dr Nono Simelela, CEO of the South African National Aids Council (Sanac), confirmed that the revised guidelines were in the final stages of editing and would go to print in a few days; implementation is scheduled to begin on 1 April 2010.

Major changes to the guidelines include providing ARVs to all HIV-positive infants less than one year old regardless of their CD4 count – which measures immune system strength – without having an expensive polymerase chain reaction (PCR) test to confirm their HIV status. PCR tests are not widely available at clinics.

Pregnant HIV-positive women will be able to start treatment at a new, higher CD4 count of 350, as will all TB/HIV co-infected patients, rather than having to wait until their CD4 counts fell to 200 or below as was previously the case. TB remains the leading cause of death among people living with HIV.

The shifts in treatment could significantly reduce infant and maternal mortality due to HIV, and lower the rate of new infections. “Although the cost implications are huge, the treasury has already committed the additional resources to cover the expansion and we also have support from Pepfar,” Simelela said. Pepfar is the US’s President’s Emergency Plan for Aids Relief.

South Africa has lagged behind most countries in the region in adopting a CD4 count of 350 as the threshold for starting treatment to all those living with HIV and many activists said they had hoped the revised guidelines would bring South Africa in line with this international standard.

However, indications are that the new, revised CD4 thresholds of 350 will apply only to infants younger than one year, HIV-positive pregnant women, and people co-infected with TB/HIV, and will not be universally extended.

The country’s nine provinces have begun drafting plans to implement the guideline revisions – the first in about five years – that are the result of strong lobbying by both Sanac and civil society.

Simelela said the guidelines were delayed for a number of reasons, including capacity constraints and the need to reconcile competing views on treatment within the HIV and Aids sector.

“Protracted processes [were undertaken] to achieve consensus on some of the regimens,” she said. “A tricky balance had to be struck between the top-range [drug] regimens, which are costly, versus some regimens that are cheaper but have more side effects.”

According to media reports, the guidelines indicate that the ARV stavudine, which is associated with an increased number of side effects in many patients, could be phased out and replaced by tenofovir.