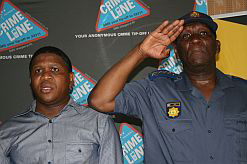 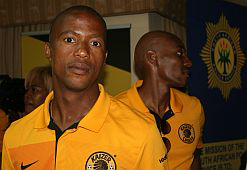 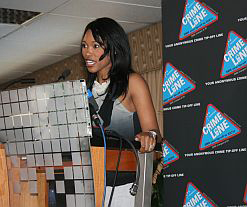 South African police have toughened their fight against crime to ensure the public is kept safe this festive season.

Operation Duty Calls was launched on 27 November in the Western Cape province ahead of the 2010 Fifa World Cup final draw, which took place there on 4 December. The campaign, which will run from now until January next year, has also been implemented in Gauteng, KwaZulu-Natal, Mpumalanga and the Eastern Cape.

As the campaign kicked off in Gauteng, National Police Commissioner Bheki Cele said “we will make sure that everybody who commits crime in South Africa” lands in jail.

Over the festive season police will focus on combating armed robberies, cash-in-transit heists and theft – particularly at shopping malls, and tracing and confiscating all illegally owned firearms. They will also increase their visibility at taxi ranks and train stations.

Holiday and tourist hotspots, especially those along the coast, will also benefit from high police visibility and more patrols.

In addition, police have stepped up their efforts to fight the drug trade, as there are fears it may escalate in the run-up to next year’s World Cup.

Police said they will “not just raise awareness” about crimes at shopping malls and other public areas during the festive season, they will actually be there in person to deal with criminal incidents.

“We are proud of Duty Calls. It’s about the selflessness of the men and women in blue,” said South African Police Service deputy minister Fikile Mbalula. Duty Calls is a commitment to rid the streets of crime, he added.

Gauteng Police Commissioner Perumal Naidoo said: “We commit ourselves to ensure that all people in this province are safe. We can do even better if we get the support of communities.”

Police morale is high, Cele said, and officers are highly committed to their work. “They walk tall. They arrest criminals.”

Head of the police investigations unit Anwar Dramat said they will double their work during the festive season. “It is encouraging that our efforts are making the lives of criminals difficult,” he said.

Role of communities and business

Private sector participants have commended government for setting the standard. “The new energy and drive from the police has to be met by a renewed energy from our [business] community,” said CGCSA.

A call has gone out to communities across the country to work with police in the fight against crime and report all criminal activities. The public has also been urged not to support thieves by buying stolen goods.

A number of celebrities in Johannesburg, including actors and musicians, and players from popular local football teams Kaizer Chiefs and Orlando Pirates have lent their support to Duty Calls.

They will act as police ambassadors to inspire communities to work with authorities to fight crime.

“We can really use our voice to get everyone thinking of positive ways to fight crime,” said popular South African singer Kurt Darren.

The police’s efforts before and during the draw in Cape Town were outstanding, Cele said. Only two incidents were reported, one of which was a hoax bomb scare made by a foreign freelance photojournalist. “Police worked very hard,” he added.

This served as a good indication of how committed police will be in fighting crime and promoting security during next year’s World Cup.

The offending journalist spent the weekend in prison and was released on R5 000 (US$666) bail on 7 December. He was due to appear at the Cape Town Magistrates’ Court the following day.