Rea Vaya is the single largest climate change initiative ever undertaken by the City of Johannesburg and represents a major turning point in how it deals with congestion, pollution and greenhouse gases caused by transportation.
(Image: Rea Vaya) 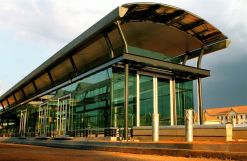 The first phase of A Re Yeng will be the CBD-to-Hatfield route, where operations are scheduled to begin in April 2014
(Images: City of Tshwane) 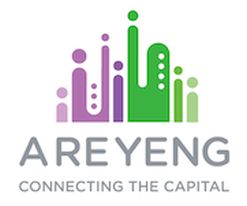 The A Re Yeng logo represents the diversity of people it serves. The “people” are reaching for the sky, suggesting that A Re Yeng helps people reach and connect. At the same time, the icon is a very stylised illustration of the Union Building pillars.

There is growing interest in, and demand for, high-quality bus systems across the globe as city officials look to reduce congestion, and carbon footprints, by installing low-cost, sustainable urban transport alternatives like Bus Rapid Transit (BRT) systems.

South Africa is at the forefront of implementing high-quality bus rapid transit systems that ensure passengers have fast, reliable and affordable transport.

Minister of Transport Dipuo Peters said, “Across some of our cities, including Johannesburg, Cape Town, Nelson Mandela Bay, Rustenburg and others, we are seeing investments in transport infrastructure – such as the BRT system … a catalyst for urban regeneration – reconnecting isolated nodes and bringing disconnected communities closer to economic opportunities.”

In the past 19 years of democracy South Africa has achieved a level of macro-economic stability not seen in the country for many years, she said.

“Such advances created opportunities for real increases in expenditure on social services and reduced the costs and risks for investors, laying the foundation for increased investment and growth.

“In 2013/14, over R5-billion will be spent across 13 cities on planning, building and operating integrated public transport networks.”

Johannesburg and Cape Town have already constructed more than 20km of dedicated bus lanes, supported by more than 100 km of complementary, feeder and distributor services.

In the 2013/14 financial year Cape Town and Johannesburg will expand operations on Phase 1 Rea Vaya and MyCiTi services to carry up to 100 000 passenger trips a day on each system, said Peters.

“The buses give residents of Soweto and the southern parts of Johannesburg direct access to the inner-city and surrounding areas.

The Cape Town Integrated Rapid Transit (IRT) system, MyCiTi, is an initiative to transform the public transport sector in the Mother City by integrating all current transport modes.

MyCiTi lanes run parallel to bicycle lanes, both of which are part of the city’s plans to provide an integrated transport system.

At the beginning of 2012, MyCiTi had two dedicated lanes along the R27, also known as the West Coast Road. This was completed to cut travel time by half for commuters, providing a rail service for its 3-million residents.

The first phase of the IRT started in 2007, focussing on the inner city basin and the Blaauwberg-Atlantis corridor, because of its extreme congestion during peak traffic periods.

The network also extends to the metro’s south-eastern areas including the Cape Flats suburbs of Khayelitsha and Mitchells Plain. MyCiTi fares depend on the journey, as peak periods cost more.

Johannesburg’s answer to Cape Town’s MyCiTi is Rea Vaya, meaning “We are going”.

Rea Vaya kicked off in 2009 with the first trunk route, Phase1A, running between Thokoza Park in the south-west of the central business district (CBD) and Ellis Park in Doornfontein, on the eastern skirts of the CBD.

For R12.50, a bus ride on the T1 trunk route will get passengers from the Art Gallery Station in the CBD to Lakeview in Soweto. This route includes Walter Sisulu House on Commissioner Street (home to the African National Congress’s provincial offices) and the Orlando Police Station in Soweto.

Within walking distance of the BRT station, in Rockville, Soweto, is the Regina Mundi Catholic Church, the largest Roman Catholic church in South Africa

A crucial Rea Vaya objective is to reduce Johannesburg’s public transport carbon footprint; the fleet is the most modern available, with sophisticated engineering to ensure carbon emissions are as low as possible.

The fleet runs on low-sulphur diesel, which emits fewer greenhouse gases than other types of fuel.

The long-term plan is for the Rea Vaya routes to cover 330km, allowing more than 80% of the city’s residents to travel via bus. However, the bus system doesn’t operate in a vacuum; it forms part of a city-wide plan to provide a seamless public transport network combining other transport options such as regular buses, rail, taxis and private vehicles.

It has been estimated that it would save 1.6-million tons of carbon dioxide equivalent emissions by 2020, if 15% of private vehicle users who lived near the city centre switched to it.

The Phase 1B route, the second trunk route, is expected to start operating on 14 October. It will travel through Noordgesig, New Canada, Pennyville, Bosmont, Coronationville, Newclare, Westbury, Westdene, Melville, Auckland Park and Parktown, as it make its way into the CBD.

The trunk route will include feeders extending to areas such as Yeoville, Cresta, Florida and Parktown. Some 134 buses will be used for the route, of which 57 were built locally. The city made a conscious decision to manufacture these buses locally to create more job opportunities. The new buses will include luggage cabinets and digital screens.

Rea Vaya has transformed relationships in Johannesburg by bringing together the city and the taxi industry through PioTrans, the bus operating company in charge of Phase 1A.

According to Johannesburg’s executive mayor, Mpho Parks Tau, “These buses are not owned by the municipality but are owned primarily by the taxi industry.”

A new player in the game is Tshwane. At present, 66% of peak hour trips in the capital city are made using private vehicles, which leads to traffic congestion. Only 17% of trips are made on taxis and buses, including on Tshwane Bus Services. These modes serve 8% of residents, while 7% use trains. Since most economically deprived areas are wholly dependent on public transport, it is imperative the city provides an affordable and practical alternative.

Against this backdrop, the City of Tshwane has developed an integrated rapid public transit system that will form the transport backbone for its residents. This system, aptly called A Re Yeng, which means “Let’s go”, will be accessible to all citizens and visitors and meet the goals of the Tshwane Vision 2055.

Tshwane Executive Mayor Kgosientso Ramokgopa said the city was setting up a cost-effective integrated transport system aimed at correcting the apartheid legacy of confining blacks to areas furthest from the CBD and potential jobs.

He explained that this would ensure that residents would spend less on transport. Currently, the average worker spends 70% of their income on transport to work and centres of economic activity.

Ramokgopa said Tshwane was moving to create a low-carbon economy through projects such as A Re Yeng, which would help to reduce carbon emissions, as compressed natural gas (CNG) fuel would be used in at least 30% of its fleet.

According to Peters, many commuters in Tshwane’s north-east travelled daily by bus over long distances, with excessive travel times and at high cost to government and commuters. This was exacerbated by the lack of local economic development, with a concomitant lack of job opportunities along the corridor.

Commuters spent long hours in transit, in extreme cases spending up to seven hours a day on buses. Daily, at least 35 000 commuters travelled along the Moloto Corridor. Road safety was also an issue along the corridor.

“The department has conducted a feasibility study into options to mitigate the situation,” she said. “We view transport systems as vital to our way of life, connecting people with jobs, schools, shops, friends and family. However, the greatest challenges to reliable journeys remain congestion and accidents. Congestion is depressing for motorists and has serious consequences for the economy and the environment.”

The City of Tshwane is the single largest metropolitan municipality in South Africa and the largest on the African continent. It administrates 2.5-million residents and its area of jurisdiction is divided into seven regions. Tshwane is the third largest city, in the world in terms of land area, after New York and Yokohama in Tokyo.

According to Ramokgopa, A Re Yeng will provide the city with a much-needed service to ease travel woes. The first phase will be the CBD-to-Hatfield route, where operations will begin in April 2014. The route will extend from Kopanong along the Rainbow Junction to the CBD.

The second route will run from Denneboom in Mamelodi through key nodes Menlyn, Hatfield, Lynnwood and Sunnyside to the CBD.

“We are aware that A Re Yeng on its own will not be the entire solution to our public transport challenges. Yet we acknowledge that once it is integrated with existing transport options it will result in greater flexibility, convenience and affordability. Trains, buses and taxis all have important roles to play in providing comprehensive public transport,” he said. 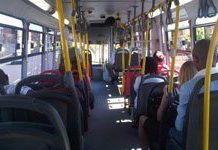 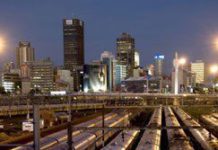 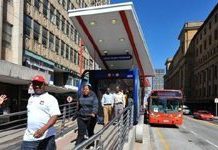