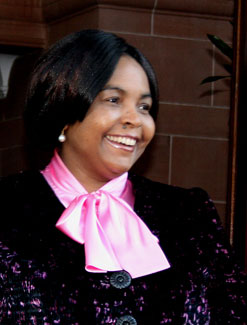 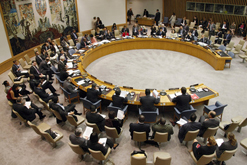 The UN Security Council is set up to
function continuously, and a
representative of each of the 15 member
states must be present at the UN
headquarters at all times. There are five
permanent seats and 10 non-permanent
positions.
(Image: UN Security Council)

South Africa has won a non-permanent seat on the UN Security Council (UNSC), strengthening its commitment to peaceful conflict resolution and development on the continent.

This will be the second time the country will serve on the UNSC, having first gained a temporary seat in 2007/2008.

The council is one of the chief bodies of the UN and is responsible for maintaining peace and security throughout the world.

“We think we come back emboldened by the experience of the last term, to start where we left off, and to consolidate the gains made with all other countries inside and outside the council,” said Minister of International Relations and Cooperation Maite Nkoana-Mashabane.

South Africa was most recently elected on 12 October 2010 at the UN General Assembly meeting in New York, and will begin its two-year term on 1 January next year.

The government has welcomed the appointment, saying it proves that South Africa is respected internationally.

“This election indicates the UN’s confidence in South Africa as a global player and is the outcome of many years of hard work to ensure that the developing world has a strong voice in the UNSC,” government spokesperson Themba Maseko said.

“South Africa is humbled, and at the same time delighted by the overwhelming support it received from the member states of the United Nations during these elections,” Nkoana-Mashabane added.

During its tenure the country will continue to place emphasis on issues affecting women and children, as they are often the greatest victims of conflict, the minister said.

Since 2008 South Africa has received support for a second UNSC term from the US, the African Union, India, Russia and China.

Recent state visits by President Jacob Zuma to countries elsewhere in Africa and Asia also strengthened the campaign, as did Deputy President Kgalema Motlanthe’s working trip to the UK in September.

In the last month South Africa, Swaziland and the Republic of Congo have called for a more representative UNSC, and for the continent to have a permanent presence on the council, as it was the focus of so much of the body’s work.

Nkoana-Mashabane told the UN General Assembly’s annual general debate on 25 September that a transformation of the UN would not be complete until there was a “fundamental reform” of the council, which currently has 15 members. Five are permanent and 10 are non-permanent.

The UNSC must be “truly representative of the membership and effectively responsive to international crises …” she said.

During the same sitting, Swaziland’s King Mswati III said his nation backed the call for such reform.

This is reflected in the 2005 Ezulwini Consensus, developed in the Swazi town of the same name, which states that Africa should be given two permanent and five non-permanent seats on an expanded council.

Although negotiations on this matter have lasted for nearly 20 years, the king said he hoped they could be concluded in the next year.

Basile Ikouebe, the foreign minister of the Republic of Congo, said the make-up and working methods council should be changed to ensure it becomes more effective.

Permanent seats on the council – occupied by France, the UK, US, China and Russia – were given to the victorious powers of the Second World War following the UN’s founding in 1946. These representatives have the right to veto any council resolution.

Other non-permanent members chosen in October this year were Colombia, Germany, India and Portugal. The five nations will replace Austria, Japan, Mexico, Turkey and Uganda, whose two-year terms come to an end on 31 December.

For a spot on the council, candidate countries need to win a two-thirds majority in the 192-member UN assembly vote. Seats are allocated according to geographical groupings, which include Africa; Latin America and the Caribbean; Asia; Eastern Europe; Western Europe and others; and the Arab bloc.

Results for Colombia, India and South Africa were unopposed, with the countries receiving 186 votes, 187 votes and 182 votes respectively in the first round of balloting. South Africa’s result this time around was four votes less than what it achieved for the 2007/2008 term.

Germany, Portugal and Canada vied for the two non-permanent seats representing the Western European and others category. Germany won a position during the first round with 128 votes, but there was no definitive result for Canada and Portugal, necessitating a second round of voting. Canada later withdrew, and Portugal got the remaining seat.

The UNSC structure and mandate is outlined in the UN Charter, a multilateral treaty that distributes responsibilities among the various UN bodies.

The council is set up to function continuously, and a representative of each of the 15 member states must be present at the UN headquarters at all times. This requirement came out of an identified weakness of the League of Nations, which preceded the UN, as the former was often slow to respond to a crisis.

When a threat to peace is brought before the council, it first tries to get the parties involved to reach an amicable agreement.

If a dispute leads to fighting, the UNSC attempts to resolve it as soon as possible, which may include issuing a ceasefire to prevent further hostility. If required, UN peace-keeping forces are deployed to keep opposing factions apart and restore a sense of calm.

The council can also enforce trade embargoes or issue a call for collective military action.