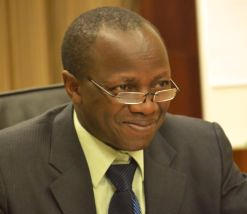 The government appears to be on the right path, taking cognisance of the Development Indicators 2012 Report, released by Minister in the Presidency Collins Chabane on 20 August.

The report found that two-million people were being treated for Aids and that life expectancy had risen from 56.4 in 2009 to 60 years. The crime battle continued, but Chabane indicated that the government was winning the war, with crime statistics down. There had been a reduction in unemployment, poverty and inequality, he said; three-million homes had been built, there had been a significant improvement in water and sanitation services and the various government programmes were showing positive results. Regarding land reform, 59 000 claims had been finalised.

Education was not performing at the same level as other countries that dedicated the same resources and this needed to be improved. Regarding health, the maternal mortality rate was still high.

The Mail & Guardian newspaper and the Department of Performance Monitoring and Evaluation held the Mail & Guardian Meeting of Great Minds Business Breakfast on 23 August, at which Chabane and a panel of experts reflected on the report.

Dr Sean Phillips, the director-general in the department, said that in 2009, South Africa had introduced the outcomes system in monitoring and evaluation as well as a system of continuous improvement in an effort to avoid simply repeating what had been done in the past. It was essential to continuously collect evidence and assess impacts and outcomes, to analyse the data and work more smartly and efficiently, he said.

As a result, government departments were providing quarterly reports to the cabinet and there was a renewed focus on management practices. “We are looking at [the] government from the perspective of citizens. For example, the response rate to the presidential hotline is improving and 60% of callers say they are satisfied with the service.”

Chabane, who serves in the Presidency’s Department for Performance Monitoring and Evaluation, said that with the sixth edition of the Development Indicators, as with the previous reports, quantitative measures were employed to track progress in implementing the government’s policies based on data sourced from research institutions in South Africa and abroad, government databases and official statistics. Results such as an increased number of matriculants indicated the tide was turning in South Africa.

First up in the panel was Dr Miriam Altman, a commissioner of the National Planning Commission and the head of strategy at Telkom, who said serious issues facing the government were:

Providing an education perspective, Godwin Khosa, the chief executive of JET Education Services, said it was commendable that the government invested an annual 5% of gross domestic product in education. More teachers had been absorbed into the system and the matric pass rate for 2012 was the highest in 20 years. He said it was insufficient to speak about inputs and outputs, however; there needed to be more focus on process and involving the parents. The report showed a clear improvement in teacher-student ratios, he added, from 1:33 to 1:30, though urban schools had benefited more than rural ones. The findings showed there were more girls in high school and efforts needed to be made to ensure more boys stayed the course to matric.

While it was useful to compare ourselves to other countries, he said, it was crucial to come up with our own working strategies to push education in South Africa forward.

Kalyani Pillay, the chief executive of the South African Banking Risk Information Centre, giving a safety and security perspective, said the average civilian still did not feel safe at home or in the streets and there was “lots of work to be done”. Business’s partnership with the government had ensured that cash-in-transit heists had come down, she said, and closer collaboration with the South African Police Service had ensured that more arrests had been made.

Cyber crime was increasing, she said, and everyone who used technology was vulnerable as the nature of white-collar crime was constantly changing. Collaborating with Home Affairs had also helped to reduce identity theft.

Dr Khangelani Zuma, the executive director of the Human Sciences Research Council, spoke on health. He made the point that analysts should not just look at figures but at what lay behind them. The incidence of HIV had risen, according to the Development Indicators, but this could be because, with treatment, people were living longer. More women were accessing antiretroviral treatment than men and this was perhaps the result of prevention of mother-to-child transmission services.

Whereas some districts were showing a decline others had shown an increase, which should also be explored in more depth, he said. Maternity mortality figures were still worrying but immunisation rates were about 95%.

A worrying factor was the role of non-communicable or lifestyle diseases, said Zuma, with high levels of blood pressure being recorded among the over-60 population, for example. Regardless of anti-smoking legislation, about 20% of South Africans smoked and many people were being exposed to cigarette smoke. The government needed to act on this, he said, or the gains we had made in health would be reversed. The increase in people becoming overweight was more difficult to deal with as the government could not make rules about every aspect of citizens’ lives. But moves could be made to regulate the advertising of harmful food products.

Professor Urmilla Bob of the University of KwaZulu-Natal geography department said declining health and increasing poverty in the rural areas was a concern. “The inability to address rural development has an impact on urban development, as people move from where they believe there is a lack of opportunity.” The loss of jobs in the agricultural sector was a concern and further mechanisation would exacerbate this.

Issues of crime needed to be studied, she added, as some types of crime – such as domestic violence – were increasing in rural areas. Another factor that could destabilise communities was climate change, as South Africa was bound to be affected adversely and this would threaten food security.

Prosper Ladislas Agbesi, the chairman of the Pan African Business Forum, celebrated the fact that after 1994, South Africa had achieved a democracy with a vibrant opposition governed by the rule of law. He acknowledged what the ANC had achieved in building schools, clinics and homes and providing social grants to some 16 million people. South Africans who had emigrated were returning because “there is greatness happening in South Africa”, he said.

Foreign policy had enabled more foreign direct investment and South Africa was contributing to peace and security in the rest of Africa, as well as growth. However, he said 85% of the land was still owned by 55 000 white farmers and it was important that the government help to create jobs and a better environment for people to live in. To this effect, the National Development Plan should become an emblem and a goal, said Agbesi. In conclusion, he said the government should take a firm stand against xenophobia.

During the question and answer session, regarding government accountability, Chabane said that it was the first time in South African history that public servants had had to sign a service agreement with the president, and that there were now contracts for deliverables. “The president will do face-to-face evaluations and assess the management progress in 158 departments,” said Chabane. He added there would be a report back in two years’ time as systems were still being put in place.

For more on the Development Indicators 2012 Report, go to the Department of Performance Monitoring and Evaluation.