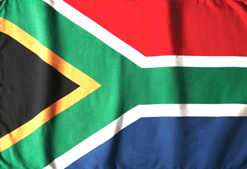 Thousands of South Africans living abroad
are casting their votes ahead of the
national elections taking place on 22 April.
(Image: MediaClubSouthAfrica.com. For
more free photos, visit the image library.)

South Africans living abroad have been descending on high commissions and various embassies around the world where they will cast their votes today.

About 16 240 registered South Africans abroad are expected to cast their ballots, in a process to be supervised by the Independent Electoral Commission (IEC) in 124 missions.

Those who are momentarily outside the country on holiday, a business trip, attending a tertiary institution, on an educational visit or participating in an international sports will also be allowed to vote.

All the voting stations opened at 7am and will close at 5pm at the local time of the country.

The largest turnout is expected in London, where approximately 7 472 expatriates are expected to cast their ballots today.

Most of the South Africans in the queue had taken leave from work in order to vote, or had been granted a leave day, or “voting day” by employers.

In other parts of the world, voting in Australia, which is several hours ahead of South Africa, is almost completed. About 1 230 registered South Africans showed up to cast their vote.

The Hague in the Netherlands reported 378 registered voters, while Dublin, Ireland, is expecting at least 360 South Africans to vote.

A low turn out is expected in the Middle East, as only 75 people registered to vote at the South African Embassy in Ra’anana, and only one in Ramallah in the West Bank.

A possible contributing factor to the low number of voters could be that today is the last day of the Jewish festival of Pass Over and observant Jews are not allowed to work, let alone vote on that day.

Dlamini-Zuma will not be in the country when local voters head for the voting stations.

She will be attending the UN World Conference Against Racism, Xenophobia and related Intolerances.

This will be a follow up to the first Racism conference held in Durban, KwaZulu-Natal, in 2003.

In a bid to ensure that the overseas votes remain safe and secure, the IEC has set up a two-envelop system.

Each voter will receive a ballot paper and will vote for their political party of choice.

The envelopes are then placed in a ballot box, which will be sealed and flown to South Africa.

On Election Day, 22 April the details on the marked envelope will be checked to verify that the voter is indeed registered to vote and checked for any irregularities. The vote will then be taken out and placed with other votes that have been cast locally.

The IEC says this system will ensure that all overseas votes are anonymous when the final ballots are counted.