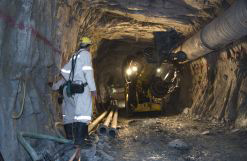 Business and sport ties between South Africa and Brazil have been strengthened following President Jacob Zuma’s state visit to the South American country on 8 and 9 October 2009.

During Zuma’s trip a Memorandum of Understanding (MoU) was signed between the Brazilian Ministry of Development, Industry and Foreign Trade and the South African Department of Trade and Industry to promote a more productive trade and investment relationship between the two countries.

The MoU will establish an “implementation plan that will focus on how trade and investment initiatives will be structured to benefit both countries,” Zuma’s office said.

“Our Department of Trade and Industry … and our provincial investment agencies all look forward to facilitating mutually rewarding business relationships,” Zuma said in his address to a business forum at the World Trade Centre Business Club in Sao Paulo.

The forum, set up to boost interaction between South African and Brazilian businesses, was attended by representatives from 45 South African companies, which Zuma said were “interested in expanding both trade and investment relations in Brazil”.

The business representatives covered sectors such as energy, information technology, mining, finance, infrastructure and pharmaceuticals. At the forum they exchanged information with Brazilian counterparts and members of the World Trade Centre Business Club.

Zuma told the forum that since 1994 South Africa has achieved a level of macroeconomic stability not seen in the country for 40 years. “This can be attributed to a host of factors including policies seeking to promote domestic competitiveness, growth and employment and increasing the outward orientation of the economy,” he said.

“It is also a consequence of capable economic management, a sound regulatory environment and responsible use of public resources.”

South Africa has made meaningful strides to respond to challenges it faced when it was reincorporated into international trade, he added. “This has created the space for South African business to look for new prospects further afield.”

“South Africa and Brazil should undertake more collaborative projects …we have a historic opportunity [and] we must seize it,” he said. “We should use our respective positions as entry points into each other’s continents.”

Although the recent visit strengthened ties, a relationship between the two countries has been in existence since 2003 when the India-Brazil-South Africa (IBSA) Trilateral agreement was created.

This has helped bolster relations between the three countries in 11 different sectors, including trade, and has been used to spearhead development in Africa, South America and Asia.

“But there is still room for improvement … there is clearly great potential for South African products to find markets in Brazil,” he said.

“There are many areas in which South Africa is uniquely poised to deliver real competitive advantage. I would therefore like to extend a warm invitation to you to become part of a country that is Alive with Possibility!”

A Brazil-South Africa business forum will be launched to “further strengthen trade and investment ties between the two countries”, the president added.

During the visit Zuma held talks with Brazil’s President Lula Da Silva and it was agreed that Da Silva would visit South Africa before or shortly after the 2010 Fifa World Cup, which kicks off on 11 June.

Around this time South Africa will host the 5th meeting of the Joint Commission set up by the two countries, which will further boost bilateral relations.

Football also on the agenda

Zuma also managed to meet with local football bodies during his trip and the two countries signed a sports cooperation agreement to run from 2009 until 2011.

During discussions with Paulista Football Federation president Dr Marco Polo Del Nero and the vice-president of the Brazil Football Federation, Jose Maria Marin, ideas were exchanged on how South Africa can best position itself to host a successful World Cup.

Zuma emphasised “the importance of football in building bridges as well as bringing humanity together” and the “importance of sharing expertise on the hosting of such important games”.