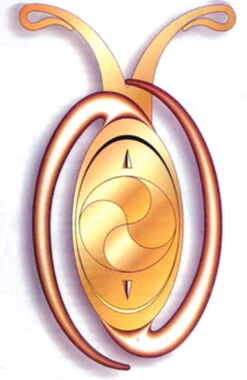 Order of Companions of OR Tambo. 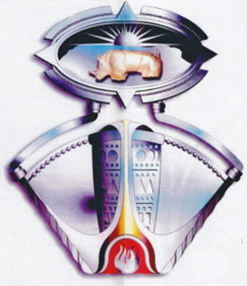 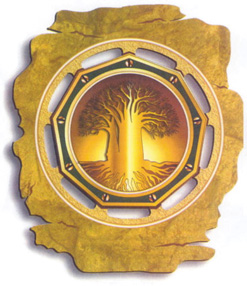 Cuban revolutionary Fidel Castro and astute businessman and former politician Cyril Ramaphosa are amongst the 28 recipients of the prestigious National Orders from the South African government on 27 March.

The 28 men and women will be acknowledged by President Kgalema Motlanthe, custodian of the National Orders, as having playing a significant role in South Africa’s advancement in different key areas.

Castro, instrumental in leading the Cuban revolution, which overthrew the government of General Fulgencio Batista in the late 1950s, has always had close ties to South Africa.

He will be honoured for his contribution to ending racism, colonialism, apartheid and inequality in human society by receiving the Supreme Order of Companions of OR Tambo in Gold.

Ramaphosa will be bestowed with the Order of Baobab in Silver, while Professor Kader Asmal, former education minister and human rights activist, will be awarded the Order of Luthuli in Silver.

Other recipients include Rebecca Masilela, who played a vital role in helping exiled politicians in Swaziland when they fled to her for refuge.

Another role player of the liberation movement, James “Jimmy” la Guma, will also receive the Order of Luthuli in Silver.

Speaking at the announcement of the National Orders on 25 March, Director-General in the office of the president Reverend Frank Chikane said those chosen to receive the special awards were “extraordinary people”.

“The national orders are prescribed in the National Constitution of the Republic of South Africa that part of the responsibility of the president is to honour extraordinary people in South Africa who serve in one form or another … in making a contribution to the country,” Chikane said.

Chikane added this year’s award will be bestowed under the theme “Hope and Resilience,” and form part of nation building to, “seek to heal the divisions of the past and establish a society based on democratic values, social justice and human rights.”

Head of the advisory council for the awards, Yvonne Muthien described those receiving the National Orders as outstanding, “[I believe] they are outstanding because they have in some way contributed to making a better life for all for those who live in South Africa.”

Muthien shared the announcement of this year’s recipients with Chikane at the event held in Pretoria.

Amongst those who will receive their awards at the Union Buildings include the Namibian born Andimba Toivo ya Toivom who will be acknowledged for his contribution to independence and freedom in South Africa and Namibia.

A founding member of the Ovamboland People’s Congress, Toiya’s political activities lead to his arrest in 1966 by the South African authorities.

He was imprisoned on the infamous Robben Island for 20 years.

Toivo will receive the Order of Companions of O.R. in Silver.

How the National Orders work

The hierarchy of National Orders is decided upon based on the contribution of the individuals.

The Order of Baobab finds its inspiration from the baobab, a tropical African tree.

The origin of the name baobab forms part of many African ancient legends and mysteries. Known as having magical properties for Africans, the qualities of the baobab tree is its ability to endure ferocious weather and its longevity.

The Order of Baobab is awarded to South Africans for distinguished service, well above and beyond the ordinary call of duty – showing tenacity and resilience.

The recipients are individuals who have made a contribution in the struggle for democracy; building democracy and human rights; nation building; peace and security; journalism, literature, arts, culture and music; business and the economy; science, medicine and technological innovation.

The Order of O.R. Tambo is awarded to foreign nationals (heads of state and government) and other foreign dignitaries.

It is awarded for friendship shown to South Africa and is regarded as an order of peace, co-operation and active expression of solidarity and support.

The Order of Luthuli is awarded to South Africans who have made a meaningful contribution to the struggle for democracy, human rights, nation building, justice and peace, and conflict resolution.

The Order of Luthuli is given to South Africans who’ve made a meaningful contribution to the struggle for democracy, human rights, nation building, justice and peace, and conflict resolution.

It’s named after the late Chief Albert Luthuli, who is widely regarded for his vision to see African people participate fully in the socio-economic and political development of South Africa.

The legendary liberation struggle leader became the first African recipient of the Nobel Peace Prize in 1961.

Other National Orders, which will not be awarded this year, include the Order of Mapungubwe, Order of Ikhamanga and the Mendi Decoration for bravery.

The symbols for the different National Orders were decided by a panel of academics and specialists versed in indigenous symbols and symbolism.

They were asked to identify key factors and elements that denote the collective and inclusive history and experience of Africa with South Africa as the main point of reference.