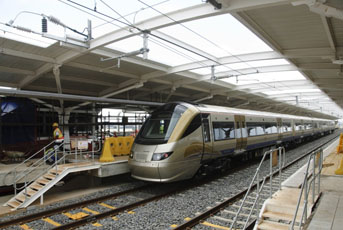 Plans have been drawn up to extend the successful high-speed rail link between Joburg, Pretoria and OR Tambo International Airport. 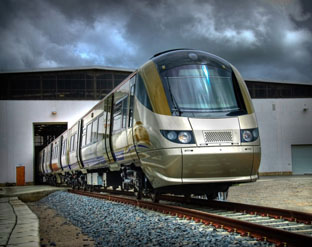 Plans to expand Gautrain’s railway network in Gauteng, which will also require new stations to be built and services added, have been published for approval.

The proposed expansion is part of the 25-year Integrated Transport Master Plan (ITMP 25) that was drafted by a committee of transport planning specialists and was still to be approved by the government. According to the Gauteng transport minister, Ismail Vadi, ITMP 25 proposes a radical paradigm shift in spatial and transport planning. “It is a point of departure from apartheid spatial planning, land use and mobility patterns, and ushers in an innovative way of structuring our future societal development,” he says.

The Gautrain is Africa’s first world-class, modern rapid rail and bus service located in the business hub of South Africa, Gauteng. It was built to relieve traffic congestion along the Johannesburg to Tshwane corridor. Operations began on 8 June 2010 with a service to OR Tambo International Airport in Ekurhuleni, Joburg’s eastern neighbour. The mass rapid transit railway system covers 80 kilometres, linking Johannesburg, Pretoria and the airport.

Demand for the service is high between the two cities, especially in the morning and late afternoons. At present, about 50 000 train passengers and between 14 000 and 16 000 bus passengers use the Gautrain a day. The service was completed in June 2012, when the final section of rail, between Rosebank and Park Station in Johannesburg’s inner city, was put into use. Water seeping into the tunnel between the two stations had delayed its opening.

Vadi points out that ITMP 25 is a solution to transport challenges and related areas affecting people’s lives, such as land use patterns, job creation, freight movement and non-motorised transport. “Private vehicle use for daily commuting to work and home must become the least favoured option as the public transport system is expanded and integrated.”

Should the proposals get the go ahead, ITMP 25 will be led by Gautrain chief executive officer, Jack van der Merwe, who will work with an inter-disciplinary team of experts. The three main areas for the new route will include Tshwane, Johannesburg and Ekurhuleni, on the East Rand.

In the first phase, a rail link between Sandton and Randburg, via Honeydew, in north-western Johannesburg will be constructed. The second link will be constructed from Samrand to Ruimsig via Blue Hills, Sunninghill, Fourways and Cosmo City, in northern Johannesburg. The third link will connect Samrand and Tshwane East via Irene in Tshwane. The fourth priority will be a link from the existing Rhodesfield Station in Kempton Park to Boksburg, both in Ekurhuleni.

Once funding has been acquired, detailed designs and plans will be drawn up and environmental impact assessments will be conducted. Building of the new routes is likely to start in three to five years.

In South Africa, minibus taxis undertake about 65 percent of the 2.5 billion passenger trips in urban areas, as well as a high percentage of rural and intercity trips, each year. In Joburg, over 40 000 people use Rea Vaya buses to and from work daily. Rea Vaya, Joburg’s Bus Rapid Transit service, gives residents of Soweto and the southern parts of Johannesburg direct access to the inner city and surrounding areas.

A system is also up and running in Cape Town, called MyCiti. Each already include over 20 kilometres of dedicated bus lanes on which services are operated, supported by another 100 kilometres of complementary, feeder and distributor services.