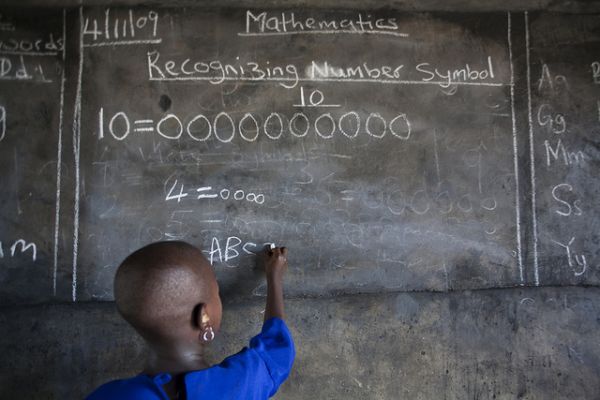 There are 24-million African girls who will be denied an education. The Girls Charge initiative aims to lower that number. (Image: We – The solution)

Over the next five years, the Clinton Global Initiative, the Mastercard Foundation and the Brookings Institution will collaborate with more than 30 companies, civil society organisations and governments to improve learning and leadership opportunities for African girls.

The $600-million Girls Charge – Collaborative for Harnessing Ambition and Resources for Girls – fund will subsidise improvements in primary and secondary school facilities, as well as the quality of the education received through better teacher training and the provision of educational resources. It is hoped those who benefit will become grassroots activists and role models for the girls who follow.

Progress has been made in Africa over the last two decades; the number of children attending primary school has increased and the difference in numbers of girls and boys in school has shrunk. However, a large number of those girls either drop out or do not get the opportunity of a secondary education.

Watch Hillary Clinton discuss the Collaborative for Harnessing Ambition and Resources for Girls, or Charge, fund at the 2014 Clinton Global Initiative annual meeting in September:

These issues are starkly brought up in the Dadaab refugee complex in northeastern Kenya. It is the largest in the world, and holds half-a-million Somali refugees who fled the civil war in their home country. Originally designed in the early 1990s to hold 90 000 migrants for a short time, 20 years later it has spawned satellite camps and is home to 500 000 people.

Despite the hard-scrabble existence in Dadaab, a community has been created. There are small businesses and places of worship. People marry, have children and raise families. Unfortunately, however, the people of Dadaab have continued to practice a disturbing convention: denying female children an education. There are 180 000 children attending schools in the camp, just 38% of all the school-aged children. Only a third of girls between the ages of five and 13 go to school; for girls between 14 and 18 that number drops to 1 in 20.

Resident Hawa Ahmed is raising six children on her own, four boys and two girls. Her sons are allowed to attend school while her daughters are consigned to cleaning and cooking. Learning how to care for a family is all the education her daughters require, she believes. Using a saying common to the refugees in Dadaab she chillingly she explained to researchers: “Gabar ama gunti rageed ama god hakaga jirto (a girl should either be married or in the grave).”

In Ethiopia, Fatimah Bamum has to drop out of primary school because her father refuses to buy pencils and paper, despite the academic promise she shows. When the school year ends, so will her interest in maths and Amharic, Ethiopia’s official language. The only girl in her class and one of only three in the school, she is also facing the onset of puberty in a school with no water, bathrooms or privacy. In Africa, 24 million girls are robbed of an education because schools lack toilets and water.

Simple hygiene, threats to their safety and the poor quality of education and opportunities in the most marginalised communities in Africa will be addressed by the fund. Once these challenges have been met, partners like Care and the Mastercard Foundation will work with the girls to help them acquire transferable skills. Those who show exceptional academic ability will be given university scholarships.

It is not simply about ensuring that girls get the same access to education as boys; countries that invest in gender equality in education experience greater economic growth. Good quality education makes it possible to create robust, open societies. Every additional year of schooling increases economic growth by 2%. Women have been identified as the key to economic growth in Africa. Today they are small scale entrepreneurs but a continent of educated women will create leaders who will have fewer children and will be able to take better care of them. 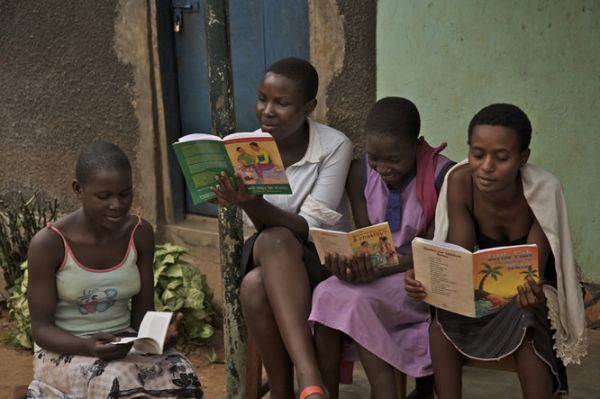 Partners like the Malala Fund and Echidna Giving will train, mentor and fund leaders in education with the idea that they will give back to their communities. They are especially committed to increasing the number and quality of female teachers.

As more children go to school the need for teachers has grown as well. In 2012, Unesco reported that Africa would need to train a million more teachers by 2015, a 63% increase on numbers at the time, when there were just 3.1 million teachers on the continent and just 30% of those were women. In Dadaab this is already happening. Refugees who have completed secondary school are being trained as teachers. Women make up just 17% of the first group of teacher trainees but as more girls finish school and the pool of women increases, it is hoped they will make up at least 40% of future groups.

One of the first group, a teacher born in the camp, believes that it gives them the opportunity to take skills back into Somalia to help rebuild the country; and if that does not come to pass, they will be able to change the camp from a place of no hope to one remade. As they said: “This programme will give us the capability and the knowledge we need to become better teachers and improve our students’ — and our own — lives.”