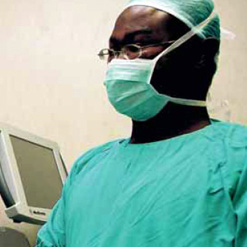 The South African government has approved the draft version of two new laws aimed at ensuring that all South Africans have access to affordable and quality medical care.

Department of Health spokesperson Sibani Mngadi says the escalating cost of private health care services in South Africa has been an area of concern as it deprives millions of underprivileged South Africans of receiving the best treatment.

“The department engaged with the private health sector on this matter and it was agreed that there was a need for government involvement in addressing these challenges,” he said. “The sector [in itself] has not been able to find solutions through self-regulation.”

A big area of concern for the department is the escalating costs relating to prescribed minimum benefits (PMB). According to the Southern African chapter of the Board of Health Funders, PMBs were introduced into the Medical Schemes Act to prevent members of medical schemes from running out of benefits for certain medical conditions.

PMBs cover a wide range of close to 300 conditions, 26 of those chronic. These include meningitis, different types of cancers, menopausal management and cardiac treatment. Under South African law, medical schemes are obliged to pay in full for services relating to PMBs, but the challenge is that the determination of prices for the services is not regulated and as such, members who have illnesses falling within the prescribed minimum benefits end up paying high fees.

After engaging with the public and private sector, a tribunal will determine a set maximum fee to be paid

In his budget speech this year, Finance Minister Trevor Manuel further committed the South African government to this mandate. “Spending on health services is projected to grow by over 10 per cent a year over the next three years.”

According to the website SouthAfrica.info, over 700 primary health clinics have been built, 2 298 clinics upgraded and given new equipment, while 125 new mobile clinics are now operational.

Speaking in parliament in September 2007, Manuel spoke of the steps government has taken to ensure the improvement of access to health services. He said that spending on health remains strong and by the financial year 2009/10, government would be spending R500 per family without health insurance.