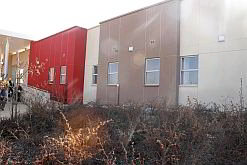 South Africa’s Department of Health will open four new centres in KwaZulu-Natal in April 2011 to help fight the high prevalence of HIV/Aids in the province.

Two of the facilities will focus on prevention of mother-to-child transmission (PMTCT) HIV, while the other two will provide family planning services for young women.

Health MEC Dr Sibongiseni Dhlomo will open the Dundee Hospital and Umzinyathi District Hospital on 7 April, and Minister of Health Aaron Motsoaledi will open two clinics in Mhlabuyalingana later in the month.

Dhlomo said the health department wants to promote a comprehensive approach to fighting HIV, and the PMTCT HIV hospitals were another step in making sure no child is born infected. “The new clinics will give women a facility where they can get themselves tested early in their pregnancy for HIV,” he said.

The MEC said the new facilities were part of the department’s undertaking to ensure primary prevention of HIV among all women of child-bearing age; preventing unwanted or unplanned pregnancies among women living with HIV; promoting early booking of all pregnant women and providing appropriate treatment, care and support to mothers living with HIV and to their children and families.

“This is a really great thing for our community,” said Bonisiwe Skhulwane, a home-based care worker from Dundee. “I think having a place dedicated to [PMTCT] will help our community in containing the spread of HIV to a new generation, and also help provide accurate care to pregnant women and mothers.”

Skhulwane said the community had been hit hard by the spread of HIV over the past five years and was in desperate need of health facilities to alleviate the burden felt by existing local hospitals and clinics. “Our local health centres can’t handle the growing numbers of people needing medical care due to HIV or HIV-related disease,” she said.

“Pregnant women, mothers and children are the most vulnerable groups, so I think it is most important to get a hospital that can concentrate on them and help minimise the risk of transmission and afford them the care and treatment they need.”

Dhlomo said the community had an important role to play in stopping the spread of HIV. He encouraged local traditional- and faith-based organisations to work together with the government to teach people about HIV/Aids and encourage them to protect themselves from infection and support those who are infected or affected by the disease.

He also emphasised the importance of husbands and partners in supporting their spouses during and after their pregnancies.

Miliswa Mtungwa, also from Dundee, found out she was HIV-positive after she fell pregnant. Afraid to tell her partner and her family, she kept it secret until she was seven months pregnant. “I was depressed and convinced my child would die from Aids before it even saw its first birthday.”

Mtungwa’s baby is now 18 months old and HIV-negative. She thanks her local nursing sister for helping her understand the condition better and for encouraging her to get antiretroviral treatment as quickly as possible.

“The sister explained to me that it was important that I tell my family and my partner about my status. She said I would need their support in dealing with my status and in caring for my child. She advised me that I needed to get on to medication immediately to ensure I was healthy and that my child was also healthy and did not get infected.”

Mtungwa said she did not know that it was possible for a baby to be born without HIV if the mother is HIV-positive. “I was sure my child would automatically be born HIV-positive – I had no idea that there were prevention methods to ensure a safe birth to an HIV-negative baby.

“I think having such a hospital will really be good for this community. To teach women the importance of testing and that if they are HIV-positive, it doesn’t mean their child has to be too, they can still have a healthy, HIV-negative baby.”