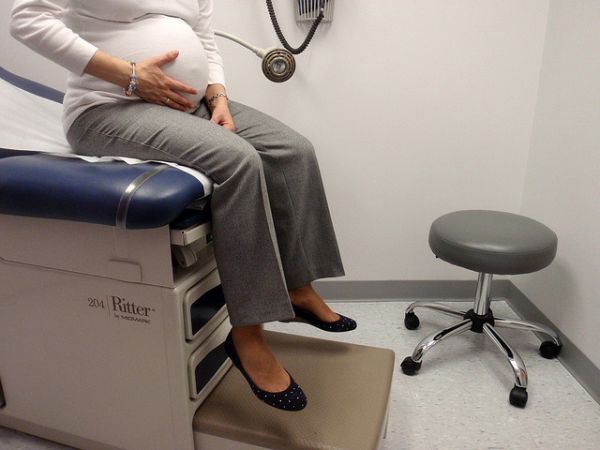 The best tech innovations are those that change the most number of lives for the better, simply, quickly and with minimal barriers to use.

This Women’s Month, the South African Department of Health released such an application, devoted to improving the health of women and children across the country.

The application is deceptively simple: an SMS service providing pregnant women with text message information and advice on having a healthy and safe pregnancy, MomConnect also provides a complaint or compliment channel for users to let the department know which of its clinics are underperforming.

Text messaging, or SMS, is still popular in the country and reaches the majority of the mobile phone-using population as smartphone penetration is slow as a result of prohibitive data costs.

According to local newspaper, Business Day, “Maternal deaths in South Africa are caused by three main factors, with HIV and AIDS contributing up to 50% of the deaths, followed by hypertension and obstetric haemorrhage.” The service alerts users as to when to take tests to catch these life-threatening complications.

The service requires women to register in their 13th week (about three months in) of pregnancy; the department has so far trained 10 300 healthcare workers to help women across the country to do so. Women who want to use the service can also dial *134*550 to register on the National Department of Health Pregnancy Registry.

Speaking at the launch in Gauteng, health minister Dr Aaron Motsoaledi said: “In the coming weeks, every health facility in the country will have at least one person who is trained and whose job it will be to assist and register pregnant women.”

Motsoaledi said the messages will advise the women on what to do at any stage of their pregnancy and also encourage women to start antenatal care at an early stage.

“We will say mom, since you registered with us you are now 13 weeks pregnant. This is what you must do, this is where you must go and this is what you must avoid.” Information provided will include advice on when to visit the antenatal clinic; and when to test for hypertension, HIV/AIDS, diabetes and other pregnancy-related conditions.

The service continues for a year after the child’s birth, providing post-natal care and childcare information.

“Even after the birth of the baby, we will continue to send the messages for the period of one year. The messages will include advice on the baby, this is what you must do, this is what the baby must get (vaccines),” Motsoaledi explained.

Momconnect is also a quality control application. “In a particular period, we will be able to know from here in Pretoria that in the past six months that most of the messages that are bad were coming from a particular clinic. …We will know something is happening at that clinic because many pregnant women are complaining.”

The project will be funded for the next two years by partners including the US government through the U.S. President’s Emergency Plan for AIDS Relief (PEPFAR) programme, with R59-million, and Johnson & Johnson and ELMA Philanthropies, which contributed R5-million each. South Africa will only start funding the project from its fiscus from 2016 onwards.

The country’s four telecommunications operators: Vodacom, MTN, Cell C and Telkom, are also doing their bit to shoulder the financial burden on the department, with a 50% discount on the text messages sent to the women.

Pregnant women and health workers at the KT Motubatse Clinic, where the system was launched, have welcomed the initiative, saying it will save their lives and their babies.

Patricia Mokese, who has already registered, said the service will provide useful reminders for busy women and ease fears during pregnancy: “We have lot on our mind at home and work, and sometimes we forget to go to the clinics on time. The project will help us especially when something you don’t understand happens to you during the pregnancy. We can send a message for assistance.” Mokese is expecting her second child.

Sister Innocentia Hlongwane, who works at the mother and child ward in the clinic, said MomConnect will help women book their appointments early and provide them with information ahead of time.

“We can get early bookings for antenatal care. It will also reduce the risk of the maternal rate and help us as health workers because they will already know the warning signs if there is an emergency,” she said. There are 65 women already registered on the service at the clinic.

South Africa’s public health system was revolutionised to include free public healthcare for pregnant women and for children up to the age of six while Nelson Mandela was in office. The system includes access to reproductive health care, free contraception and abortion.

Recent additions include a new matchstick-sized contraceptive implant, available for free to all South African women, regardless of whether they use private or public healthcare. The implant, under the brand name Implanon, provides protection from pregnancy for three years and was made available from clinics across the country in June 2014. Fertility is revived immediately upon removal of the implant, when a woman decides she wants to start a family.

MomConnect was developed through collaboration between the Praekelt Foundation, MAMA, the Mobile Alliance for Maternal Action, and the Department of Health.

The two organisations have previously worked with the University of the Witwatersrand’s Reproductive Health and HIV Institute and antenatal information provider BabyCenter to produce askmama.mobi, a mobile pregnancy information portal, and the MAMA Mxit portal. These projects were upscaled to produce MomConnect.