Some people were pleased with the enforced use of public transport over the month-long EcoMobility World Festival in Sandton. For others it meant traffic jams and loss of income. But the general sentiment was that it was a good idea and got people thinking. 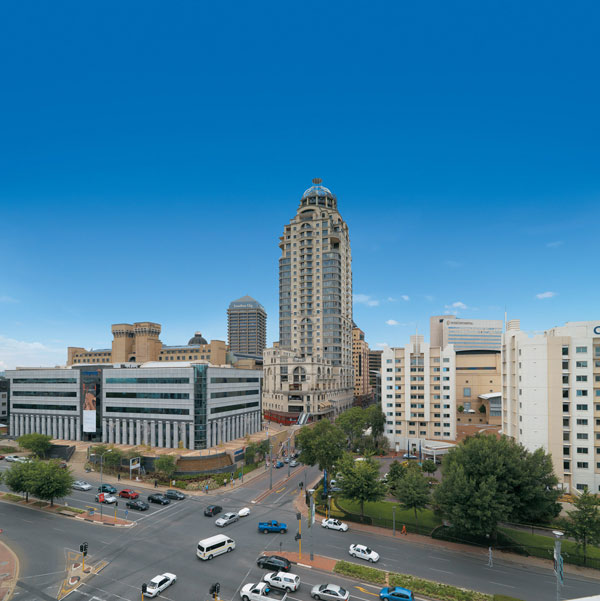 The Sandton CBD has been closed to cars for the duration of the month-long EcoMobility World Festival, which ran through October. (Image: South African Tourism)

• Sandton goes car-free for a month
• Frank and honest: the Women On Sex web series
• The SABR provides breast milk to babies in need
• Active citizenship in South Africa at a healthy level
• South Africa’s women in politics

The Sandton CBD has been closed to cars for the duration of the month-long EcoMobility World Festival, which ran through October.

People were encouraged to use public transport, cycle and walk. This had both positive and negative effects on people; others were indifferent to it.

The eco-mobility festival had clear links with Johannesburg’s long-term growth and development strategy, Joburg 2040. The blueprint envisions the metro as a smart city, which is an environmentally friendly city created out of a combination of concepts and technologies. These include the enhancement of energy efficiency, and water and waste management, coupled with the conservation of resources.

“The festival will demonstrate to the world that an eco-mobile future is possible and that public transport, walking and cycling can be accessible, safe and attractive,” Johannesburg Executive Mayor Mpho Parks Tau said at its launch.

“We want to close off certain streets in Sandton, our second largest CBD, to car traffic and instead use these lanes for public transport, walking, cycling and other forms of eco-mobility during the entire Transport Month.”

The people have spoken

In the heart of the Sandton CBD, Mack Ndlhovu, a driver for Mzansi Cabs, had harsh words for EcoMobility month.

“This has been a bad month for me,” he said. “The frequency of my clients has decreased because of this. I think they are staying away from Sandton. I grew up cycling everywhere and I think you can’t force people to do such; it has to be their choice.”

Traffic had been worse than usual during the month, Ndlhovu said. Also, that the city spent so much money on this while students had no money for fees saddened him.

Jerri Mokgofe, a well-known blogger and photographer, was less critical. “I haven’t been negatively or positively affected by it,” Mokgofe said. “I still think it would have had a better impact if people were schooled on its effects before it was introduced.

“Another thing is, I think we are too quick to adopt international, American, European things when we are not ready in terms of infrastructure.”

Humphrey Letsapa, who works at Sandton City, the shopping mall in the heart of the district, said: “For me it has improved the time I spent in a taxi because of the separate lanes for public transport so it has been a good month.

“It has also helped us a lot in terms of alternatives to motorised transport. It is also good for the environment and I’m all for it in the future.”

Another metred taxi driver, Vukani Gasa, said the month had been very problematic. “Metre taxis are also public transport but they have been taking our cars out of the dedicated public transport lanes.” Gasa drives for Gautrain Metre Taxis.

“This has had a negative impact on the business with the street closures because I end up taking an hour going to a place it usually takes 10 to 15 minutes. I still charge a base price but it takes longer for me and it’s not viable.”

Louis Tshakaone, a young entrepreneur, said: “It hasn’t done much of a difference in terms of traffic when using the car but when I used buses or tuk-tuks it was a breeze to move around Sandton.

“I think people need to be educated on the positives of using non-motorised vehicles or public transport and this will work. For now I still believe this was thrown at us and more work (was) needed on educating the society on its benefits.”

It seems the people of Sandton are open to new ways of getting around, but their common gripe has been infrastructure that will get them to comfortably leave their cars.