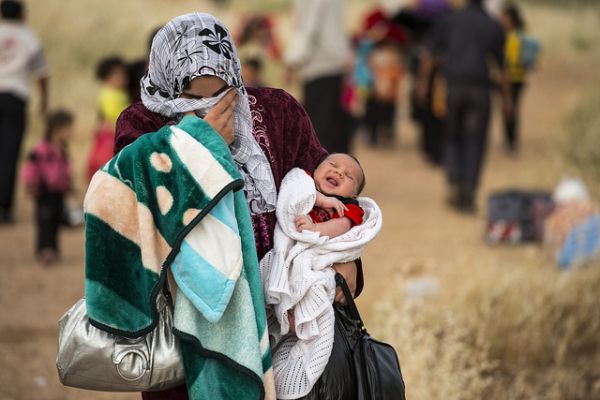 The birth of one month old Hamid, crossing into Jordan from Syria, was not registered which means proving citizenship will become impossible as he grows older. (Image credit: UNHCR)

• Female refugees face particular problems
• Tolerance for migrants: campaign
• Clinton fund invests in Africa’s girls
• Tinariwen sings the story of the vanishing Tuareg
• Joburg is the top place to be for Africa’s youth

The United Nations High Commission on Refugees (UNHCR) has launched a campaign to end statelessness within 10 years. The I Belong campaign is aimed at giving people who are denied asylum, education, health care and basic human rights, an identity.

“Sixty years after the UN first agreed to protect stateless people… now it’s time to end statelessness itself. Statelessness is inhuman. We believe it is time to end this injustice,” read the open letter they all signed. A stateless person is someone without a country, strangled by the red tape of bureaucracy that sees them as less than human because they lack the paperwork that gives them an identity – people like Thokozani Sidu, who grew up without an identity until he gained South African citizenship through his father.

“It was like I didn’t have a life,” he told the South African NGO, Lawyers for Human Rights. “If you don’t have that citizenship then it’s like you’re nothing to this country. Only the negative will be seen. To everyone around me I was nothing but a foreigner. I was a nobody. I felt I was really worthless, to the point where even if I lost my life it would be worth it because I was hardly recognised as a human being. Now that I have citizenship, it’s like I regained life.”

On paper South Africa is the land of opportunity for refugees: the country is a co-signer of the 1951 UN and 1969 Organisation of African Unity Refugee Conventions; and its 1998 Refugee Act prohibits refusal of entry, expulsion or extradition. Along with the Bill of Rights, the legislation allows freedom of movement, the right to work and even free antiretroviral treatment to people with HIV and Aids.

In 2008, South Africa had the biggest population of new asylum seekers and in 2011 it ratified the 1954 Convention Relating to the Status of Stateless Persons and the 1961 Convention on the Reduction of Statelessness. However, South Africa’s reputation has been scarred by outbreaks of violence against stateless refugees, who are also preyed on by government officials. These are problems the stateless face across the globe.

The best guess the UNHCR can give on the number of stateless people worldwide is 12 million – and growing by the day: every 10 minutes a stateless child is born. The causes are many, including inherited statelessness, discrimination, conflict and even climate change. Ambassador Guterres said that most nations had now ratified the UN Conventions on Statelessness, and this was the best opportunity to end the scourge.

Mothers may not pass their nationality on to their children in 27 countries. In some parts of the world, ethnic or religious minorities are denied nationality. Myanmar, for example, denies the Rohinga Muslims citizenship and confines the population to camps they are not allowed to leave. 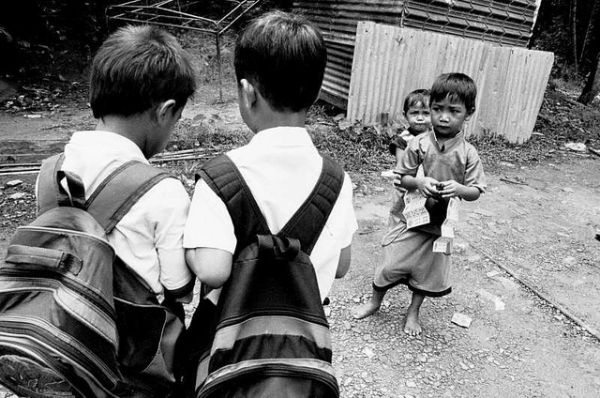 Without documentation these refugee children in East Malaysia are denied an education. (Image credit: UNHCR)

The reasons and consequences are manmade, the UNHCR states in its report, and the evil can be rectified with changes to national laws. The stateless, the report’s authors write, “are excluded from cradle to grave, being denied a legal identity when they are born, access to education, health care, marriage and job opportunities during their lifetime and even the dignity of an official burial and a death certificate when they die”.

In reality, the experience of being without a home country and the identity it gives you is not the charming adventure of Tom Hanks caught in a Kafkaesque merry-go-round. Viktor Navorski (Hanks’ character in the movie, The Terminal) is caught in stasis, unable to return home to a country that ceased to be, and not allowed to begin a new life in the shining city just outside the doors of the airport.

The issue of statelessness has been recognised by the international community for years. It was, however, only in the 1990s that the UN began to highlight the plight of people without a country. And now the UNHCR’s campaign is driven by research undertaken at Tilburg University in the Netherlands. The university’s Statelessness Programme research in Thailand found that stateless people in that country were vulnerable to human trafficking because of lower education levels and poverty, and because they were more reluctant to go to the police for help. 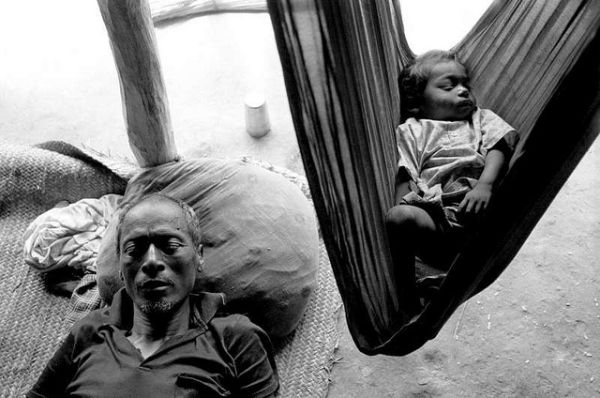 This Dalit man’s family has lived in Nepal for 5 generations but are still denied citizenship. (Image credit: UNHCR)

Researcher Professor Hirsch Ballin, a former Dutch minister of justice, believes that migration – whether for economic reasons or persecution – is changing the world. These migrants, he says, should be granted the same civil rights as resident populations. “Without the right to reside in a country safely and participate in political decision-making, the protection of universal human rights will continue to be deficient.”