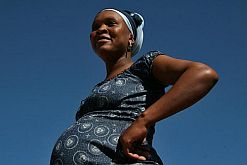 The mother-to-child transmission rate of
HIV in Soweto has been reduced from 8%
in 2008 to 2% in 2011.
(Image: Anova Health Institute) 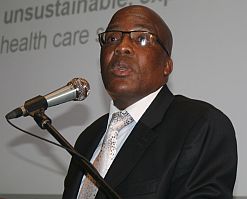 Health minister Aaron Motsoaledi said
that before the HIV testing and
counseling campaign was launched, only
2-million South Africans were tested
annually, but now 11.9-million have
been tested.
(Image: Bongani Nkosi)

The South African health fraternity has made strides in curbing HIV/Aids mother-to-child transmission rates in Soweto, bringing incidences down from 8% in 2008 to 2% in 2011.

The Anova Health Institute, which works in partnership with the Gauteng Department of Health in providing HIV/Aids services at clinics around the country, has welcomed the news.

Dr Coceka Mnyani, head of the institute’s Prevention of Mother-to-Child Transmission (PMTC) programme in Soweto, said: “This means that HIV-positive mothers-to-be who enter our PMTC programme have a less than 2% chance of transmitting the virus to their babies.”

This is good news for Soweto, a township in south-west Johannesburg, Gauteng, which has a population of more than 4-million.

“We have been working closely with the Department of Health – particularly in implementing the new treatment guidelines from April 2010 – that have allowed for more effective prevention. It is a partnership that we are very proud of,” said Mnyani.

South Africa’s population, which stands at over 49-million, only accounts for 0.7% of the world’s total population, but carries 17% of the HIV/Aids pandemic.

President Jacob Zuma announced on World Aids Day in December 2009 that a set of measures would be put in place to ensure the mother-to-child transmission rate is decreased.

These measures were implemented in April 2010 and included starting antiretroviral treatment when the CD4 count is 350 or less in HIV-positive pregnant women and HIV and TB co-infected people, starting the prevention of mother-to-child transmission treatment at 14 rather than 28 weeks of pregnancy, and treating HIV-positive newborns regardless of their CD4 count.

Minister of Health Aaron Motsoaledi announced on 31 May 2011 in his budget vote policy speech, presented to the National Assembly, that there had been varying improvements since the new measures were put in place.

The minister said: “Before the HIV testing and counselling campaign was launched by the president on 25 April 2010 at Natalspruit Hospital, only 2-million South Africans were testing annually.”

“Since the launch of the campaign only a year ago, 11.9-million South Africans have tested and the figure is growing every month,” added Motsoaledi.

Due to the campaign, the number of people on antiretroviral treatment has also increased – from 923 000 to 1.4-million people. The Department of Health has managed to cut the price of antiretroviral drugs too, making them more accessible to affected individuals.

The Medical Research Council is due to announce its findings on the reduction of mother-to-child transmission rates at the 5th SA African Aids Conference in Durban from 7 to 10 June.

The Anova Health Institute was formed in October 2009 and focuses on HIV, Aids and TB. It is funded by Pepfar through USAid and smaller agencies like Orange Babies, which provides support for HIV-positive mothers and babies.

Anova’s PMTC programme in Soweto is known as Tirisanong and is available at 13 antenatal facilities across the township and at Chris Hani Baragwanath Hospital. Tirisanong means “working together” in Setswana.

The institute focuses on counselling and voluntary HIV testing of pregnant women, CD4-count testing and screening and testing for TB.