Women in their late teens and early 20s make up a large percentage of new HIV infections in South Africa, despite ongoing awareness programmes. Now, an initiative will test the effectiveness of preventative medication in that group.

In 2016, there were seven million HIV-positive South Africans. In spite of ongoing treatment and the largest programme in the world, as well as awareness programmes, there were 270,000 new infections last year.

A large percentage of those new infections – 1,745 a week – are women in their early 20s. A new project beginning in January by the Wits Reproductive Health and HIV Institute, funded by Unitaid, will test the effectiveness of an oral medication to prevent HIV infection.

Pre-exposure prophylaxis (PrEP) will be given to 6,640 women and young girls between the ages of 15 and 24 in areas with the highest number of new HIV infections in that age group. Medication is just one part of a programme that includes comprehensive health services and counselling.

Professor Helen Rees, executive director of the institute at the University of the Witwatersrand (Wits), said once the three-year, R143-million project proved successful in reducing the rate of new infections, it would be integrated into the national Health Department’s She Conquers campaign.

“New HIV prevention technologies could make a major difference to the trajectory of the HIV epidemic. If we have new tools, even if they are partially effective, we must consider introducing them into the public sector if we want to stop new infections,” Rees explained at the launch of the PrEP programme.

The project leader, Dr Saiqa Mullick, shares the objectives of She Conquers. Like the Department of Health programme, the PrEP initiative is working to reduce new HIV infections and decrease the incidence of teenage pregnanies and school droput rates. For Mullick, an important hoped-for outcome would be a reduction in gender-based violence by improving access to services and support for young women.

“Adolescent girls and young women are a priority, high-risk population, particularly in east and southern Africa, but few programmes have been implemented for them on a large scale, and many questions remain about how to reach young women to initiate and sustain HIV-prevention options.”

According to Mark Heywood, director of the Section 27 NPO, programmes such as She Conquers and the new Wits programme are important because there is “shockingly, a decline in knowledge of HIV among young people. It is like we have taken our foot off the accelerator, in certain respects.”

A recent UNAids report found that young and adolescent women made up a quarter of new HIV infections in sub-Saharan Africa. The agency said poverty, lack of education and violence meant the demographic was at “particularly high risk”. In South Africa, these women often have transactional sex relationships with older men who can afford to buy them gifts, food and clothing.

Pre-exposure prophylaxis (PrEP) is a one-pill-a-day antiretroviral treatment that has proven to be 70% successful in reducing the risk of infection. There have been five international PrEP studies; the South African study differs in that researchers are looking at how PrEP works among populations that are already accessing health programmes. The programme, run by Wits, will give researchers insight into cost effective modelling to help guide national policy decisions.

Said Unitaid executive director Lelio Marmora: “Our longer-term objective is to lay the groundwork for wider adoption of PrEP in high-risk groups. At scale, this project is expected to avert 3,000 HIV infections a year and save nearly $20-million (R267-million), the difference between the cost of PrEP and that of adhering to HIV treatment for a lifetime.” 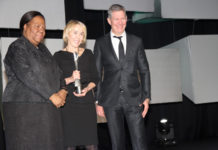