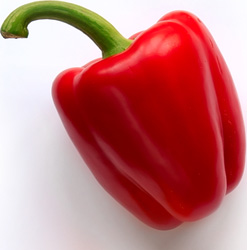 The demand for organic fresh produce
has increased across the world.

Emerging farmers in Kwa-Zulu-Natal will soon be reaping the rewards of the growing worldwide demand for organic products. The South African government has signed an agreement with the Swiss company BioSwiss for the export of high-quality organic vegetables to the US, France and Britain.

The eight-year memorandum of agreement with the Department of Agriculture and Land Affairs involves three land reform projects in Vryheid, KwaZulu-Natal. BioSwiss has invested R100-million (US$ 13.2-million) to develop a factory in the area.

“We would like to expand this project to other regions of the province, once we see it successful in Vryheid,” says Gwelyn Owen, CEO of BioSwiss.

BioSwiss will provide the communities involved in the project with financial backing and the technical skills for growing organic produce. They will also receive mentoring/training and business management, as they will have to deal with international clientele during the exporting process.

The three land reform projects form part of the Department of Agriculture and Land Affair’s Land Redistribution for Agricultural Development (LRAD) project. This is a sub-programme of the land redistribution programme.

The term municipal commonage is traditionally given to land owned by a municipality or local authority that was usually acquired through state grants or from the church. It differs from other municipally-owned land in that residents have acquired grazing rights on the land, or the land was granted expressly to benefit needy local inhabitants.

What is organic farming?

Organic farming avoids the use of synthetic fertilizers, pesticides, plant growth regulators, livestock feed additives and any other form of chemicals in the production process. Organic farmers rely on developing a healthy, fertile soil, and growing a mixture of crops. With respect to livestock, animals are reared without the routine of drugs and antibiotics

According to the Soil Association, which promotes health and organic farming in England, more people are choosing to buy organic food because it tastes better, is safer from a health perspective and is environmentally friendly. Organic farming also requires that animals be kept in more natural, free-range conditions with a more natural diet.

In South Africa, the organic farming industry is growing. From an estimated R5-million before 2003, sales of organic food grown in South Africa – domestic sales and exports combined – jumped to R155-million in 2005. This figure was expected to increase significantly in the 2006/2007 financial year.

Organics South Africa, a non-profit organisation formed in 1994, engages with farmers, retailers and government. Its main aim is to “increase the awareness of sustainable farming methods and to assist in the recognition of the natural relationship between soil, plant, animal and mankind”.

With its vast natural resources, Africa is quickly becoming the preferred supplier of organic foods. Three years ago, a report released by the Advocates’ Coalition for Development and Environment, an independent public policy, research and advocacy think tank, indicated that Uganda was the biggest exporter of organic products in Africa.

According to the report, the number of organic farmers increased by 38%, from 28 000 in 2002 to 39 600 by the end of 2004. The report also indicates that Uganda has the largest area dedicated to organic farming (22 000 ha), making it the organic farming leader in Africa and the fourth largest in the world. Uganda’s climate and the fact that much of the land has been not been used for agriculture before makes Uganda ideal for organic farming.