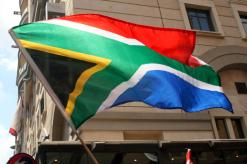 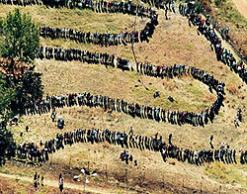 Voters queued for hours to take part in
the historic election of 1994.
(Image: SA History)

Brand South Africa has found an inspiring new way to get South Africans thinking about what they will be celebrating this coming Freedom Day, 27 April.

Through an extensive campaign utilising freedom messages on street poles along major roads, the organisation will be reminding all citizens of the struggle and its hardships, as well as its rewards.

“Our freedom wasn’t free,” starts the message on the first board, which goes on to say: “But what it inspired is priceless” on the second.

The adverts form part of a bigger campaign called Play Your Part, which is aimed at promoting nation building and fostering pride in how far South Africa has come since the birth of its democracy in 1994.

Freedom Day is observed on 27 April to commemorate the first democratic elections held on that date in 1994. This year commemorates a particularly significant milestone as it is the 18th anniversary of these elections.

Freedom and human rights for all

A message from the government website says of Freedom Day: “It is an occasion for the country to remember and celebrate struggle icons and honour those who continue to be committed to transformation and to building a better life for all of us.”

The statement adds that the celebrations around this special day create awareness that “freedom and human rights are for all human beings, regardless of race, colour, sex, language, religion, political or other opinion, national or social origin, property, birth or other status. This day reaffirms our freedom and ensures that the violation of such rights never occurs again”.

All events and commemorations will fall under the national theme Working together to build unity and prosperity for all.

Brand South Africa is building on this theme in their campaign by focusing on achievements by the country since the important transition from apartheid to democracy.

“We’ll never forget how far we’ve come. In just 18 years, we’ve achieved the impossible – inspired the world with our unbreakable spirit and thirst for progress.

“So as we celebrate South Africa’s liberation this Freedom Month, and our children get ready to define our tomorrow, let’s be inspired to continue building a country that we can all be proud of,” the campaign message reads.

All South Africans are called on to commemorate the day.

“Hold onto your freedom,” Brand South Africa reminds us.