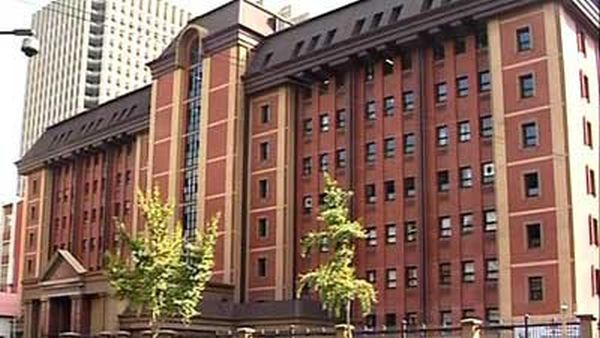 The North Gauteng High Court in Pretoria, where the Oscar Pistorius trail is being heard. (Image: SABC)

South Africa’s hybrid legal system consists of Roman-Dutch civil law, British common law, and customary law inherited from the indigenous population. Oscar Pistorius’s trial will follow a procedure similar to English law for criminal cases, without a jury. As is the practice in South Africa for serious crimes, the Paralympian will appear in the High Court in Pretoria and the trial will be overseen by one judge, Thokozile Masipa. She has appointed two assessors, Janet Henzen-du Toit and Themba Mazibuko, to help her with the verdict.

Here is a list of FAQs to help familiarise you with the South African justice system in relation to the Pistorius trial.

1. What is Pistorius being charged with?

Pistorius is facing charges of premeditated murder and the illegal possession of ammunition after shooting Reeva Steenkamp, his partner, to death through the closed bathroom door in his house on 14 February 2013. He claimed to have mistaken her for an intruder. In December last year two additional charges were added to the trial, for separate incidents of illegally discharging a firearm through the sunroof of a car, and under a table at a restaurant.

Schedule 6 offences relate to premeditated murder; killing of a law enforcement officer; killing as a result of rape or robbery with aggravating circumstances; robbery with the use of a firearm that results in grievous bodily harm; rape; gang rape; and rape of a person under 16 years, or a mentally or physically disabled person. If found guilty, the suspect receives a life sentence, which is a minimum of 25 years . He will only be eligible to apply for parole after serving that term.

3. What happens to Pistorius if he is found guilty of premeditated murder?

This will depend on the offences of which the accused is convicted. The new(ish) minimum sentencing provisions contained in schedules 1 and 2 to the Criminal Procedure Act 1977 provide in the case of premeditated murder for life imprisonment.

4. If proven not guilty of premeditated murder, what will he be charged with?

He can be found guilty of a lesser charge of culpable homicide based on negligence. This is because Pistorius claims he fired his gun in self-defence, thinking there was an intruder behind the bathroom door. If the judge believes him, he may receive either a non-custodial sentence or face up to 15 years in prison.

5. If Pistorius is found guilty of premeditated murder, what are his appeal options?

However, the accused needs to apply, in the first instance to the judge who passed sentence for permission to appeal. If the judge is of the opinion that there is a reasonable prospect that another court may come to a different conclusion, leave to appeal will be granted. If not, leave to appeal will be refused. If refused, the accused may then petition (apply) to the Supreme Court of Appeal (to be dealt with by two judges on the record of the proceedings) and they may grant leave to appeal or refuse the petition.

An accused may appeal ultimately to the Constitutional Court, who will decide whether to entertain the appeal.

According to Johannesburg legal advisor, Kajol Singh, Pistorius’s appeal will purely be based on whether new facts, which would prove his innocence, come to light.

6. How was the judge appointed?

The Judge President (or senior judge on duty) generally decides on the allocation of cases to the various judges. This may involve a consideration of the importance of the case, the seniority of the judge concerned or even a specialist knowledge which the judge has of the law to be applied. Having said that, all judges are required to be able to hear and decide any case put before them.

7. Why is the trial being held before the High Court?

The High Court in South Africa hears serious cases related to civil matters involving more than R100 000 and criminal cases deemed too serious for the Magistrates’ Court. Though Pistorius’s trial can be heard in the Magistrate’s Court, the High Court is in a better position to hear such a high profile case which will attract media attention. Cases in the High Court are usually presided over by one judge. As with the Pistorius trial, the judge may appoint two experienced and often retired advocates or magistrates, to assist in the case if it is a very serious crime. They are referred to as assessors.

8. What is the role of the assessors?

For the Pistorius trial, Judge Masipa appointed Janet Henzen-du Toit and Themba Mazibuko as her assessors. They are there to help her make a decision. The assessors will sit with Judge Masipa during the proceedings and listen to all the evidence presented to the judge. At the end of the case they will present their opinions to Judge Masipa. However, she is allowed to override them.

On the Legal Brief website, Professor Annette van der Merwe, a criminal procedure law expert at the University of Pretoria, said the two assessors could overrule the judge when it comes to a verdict on the facts in a majority finding. This means that if the two assessors were to rule in favour of murder, or the judge and one assessor were to rule so, that verdict would be the accepted one. The same would apply if two of them were to rule in favour of an acquittal.

9. What is the National Prosecuting Authority (NPA)?

The NPA is the newly established prosecuting authority for the whole country and replaces the system of attorneys-general for each of the divisions of the High Court. It has the power to prosecute criminal proceedings on behalf of the state and carry out functions incidental thereto.

The officers of the NPA have their professional independence guaranteed by the Constitution to keep them free of interference by the politically connected, rich or powerful. The NPA is responsible for drafting the indictment, but prosecutors are obliged to act with objectivity and protect the public interest, and must ensure that the rights of an accused to a fair trial are protected.

At the trial level they will ensure that the defence is given a copy of the contents of the police docket, further particulars of the charge which may be requested, and more. Essentially the NPA is in charge of the prosecution process, doing whatever is necessary to prosecute the case to finality. It is headed by the director of public prosecutions, Mxolisi Nxasana, who was appointed by President Jacob Zuma in August 2013.

10. What is the NPA’s role in this particular case?

Being the nation’s prosecuting body, the NPA is tasked with trying to prove that Pistorius is guilty of intentionally murdering Steenkamp. According to Singh, the NPA has to prove that all elements of murder, including intentional and unlawful killing of another human being, were present in order to prove he is guilty. “Criminal law is tricky because the prosecutor has to prove beyond a reasonable doubt that the suspect killed the victim. The facts have to prove intention,” said Singh.

11. How is Pistorius trying to prove his innocence?

The Paralympian is trying to prove that the killing was due to negligence. He claims he had no intention of killing Steenkamp as he suspected an intruder had entered his home. According to the Criminal Law Act, South African courts have traditionally applied the following test to determine whether the accused had been negligent:

12. In what language will the case be heard?

The trial has been predominantly heard in English so far, with some witnesses opting to testify in Afrikaans. However, the judge and lawyers have used English as the preferred medium.

13. How does the court cater for witnesses testifying in Afrikaans?

Interpreters have been appointed to translate between Afrikaans and English.

14. How much weight does witness testimony have in comparison to forensic evidence?

This depends on the evidence, and is difficult to give a general answer – more obvious where the accused denies being present at the scene but the fingerprint or DNA evidence provides otherwise.

Where ballistic experts testify, and their evidence conflicts with the viva voce evidence, the court will have to decide which is more probable. If, however, only one side provides expert scientific-type evidence the court may be forced to accept that evidence where not rebutted. There are no easy answers to this question.