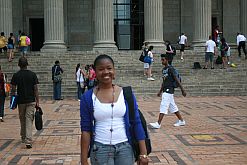 South Africa could well be on its way to
providing free education for financially
needy students. 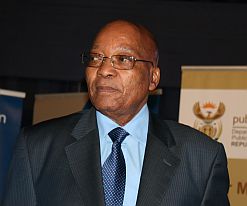 President Jacob Zuma said that undergraduate students using the National Student Financial Aid Scheme (NSFAS) will be exempt from having to make loan repayments for their final year of study – if they complete the year successfully.

While the scheme will at first only benefit final-year students, the overriding aim is to apply it to all years of tertiary study. “This model will be phased in over the next few years to include students in earlier years of study,” Zuma said.

“We are committed to progressively introducing free education up to undergraduate level,” he added.

NSFAS spokesperson Bonnie Feldman explained that additional funds will be injected into the loan scheme to settle students’ accounts for their final year, but they will still have to reimburse students for their first two years of study – she said the government will allocate an additional R750-million (US$109-million) to NSFAS for this.

“This is to make sure that the students are able to graduate without much of a burden,” she said.

The existing loan scheme currently converts 40% of loan repayments into bursaries for students at all levels of study who complete their courses successfully, but this settlement will now be upped to 100% for final year studies.

NSFAS will now be liable for 60% of the fees of students who perform well. The funding covers tuition fees, accommodation and food expenses.

Zuma explained that final-year students will “receive a loan equivalent to the full cost of study and necessary living expenses”.

“If these students graduate at the end of the year, the loan for the final year will be converted into a full bursary. They will not have to repay the amount,” said Zuma.

The ANC, which has been in government since 1994, committed to introduce free tertiary education in 2007 – this was one of its many resolutions adopted at it its 52nd national conference.

The ANC Youth League welcomed the “gradual introduction of free education for the poor until undergraduate level,” Floyd Shivambu, the organisation’s spokesperson, said in a statement.

“We welcome these interventions and hope that other measures will be introduced to ensure that free education is provided until undergraduate level for all academically deserving, yet poor students at all levels,” added Shivambu.

Education at Further Education and Training (FET) colleges will be completely free for students who qualify for financial assistance.

FETs, which are popular among cash-strapped youngsters, are spread across the country with various campuses in some rural areas and townships.

The government wants to attract more students to FETs, which churn out a significant number of professional artisans each year.

The Department of Higher Education and Training is hoping to see at least 1-million students enrol at FETs every year from 2015.

“We have to prioritise further education and training, and provide resources including expanding bursary schemes for supporting attendance at FET institutions,” Zuma said.

The government spent about R1.9-billion ($276-million) on improving infrastructure and curriculums at FETs between 2006 and 2009.