Wrestler and community youth worker Daryl “Nightmare” Naidu will feature in the next instalment of Brand South Africa’s Play Your Part TV series, to be aired on Sunday 27 July at 9pm on SABC2. 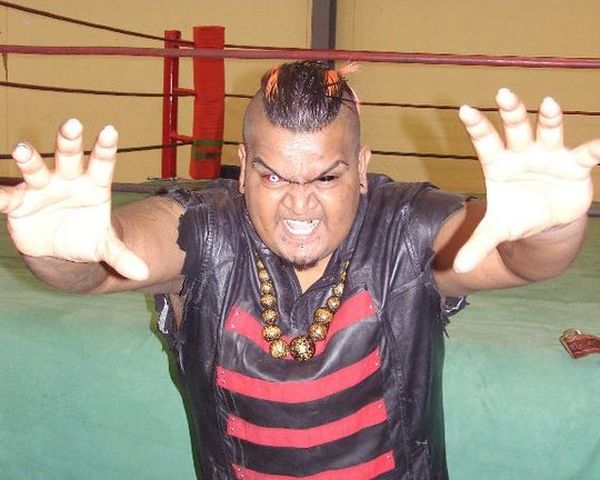 “I don’t know if it’s my intimidating looks or the good work I do but kids look up to me,” says Daryl “Nightmare” Naidu. (Image: Daryl Naidu)

His legs are pillars, his technique textbook as he plants them to steady himself. He shifts his weight as he grabs his target by the shoulder and arm, rolls him along his own bulging arm, lifts him effortlessly and flings him easily over his shoulder. His hapless prey drops like deadweight. Looking up at the Nightmare – his opponent’s ring name – the fallen wrestler can only wonder how much more pain he will have to endure.

Daryl ‘The Nightmare’ Naidu is the blueprint of a wrestler – a ball of aggression with ripped legs and toned arms – but he blows away every pigeonholed idea you may have. At almost two metres tall and as broad as heaven’s expanse, the first impression Naidu creates is one of explosive anger. His ringside antics give you only a cursory glance into the chaotic world of a man who has earned renown as a wrestler and, more importantly, as a community youth worker.

Naidu dropped out of high school, partied without considering the consequences, disregarded guidance from his parents and funded his drug habits with odd jobs when his parents eventually cut him off. “I wanted to be one of the cool kids, but they turned on me when I tried to reform myself. They resorted to violence when I stopped funding our drug habit.”

Being a victim of this extreme form of bullying lit a spark and Naidu went from being the cool bad boy to rededicating himself to wrestling. Calm and meticulous when he speaks, he explains that bullying is the root of the problem facing kids in Chatsworth. “It’s a slippery slope from being bullied to becoming a bully to gangsterism, violence and substance abuse. By starting at the root it’s only a matter of time before we can dissolve the bigger problems by giving kids a solid foundation to build on.”

Naidu has gone from being the rebel without a cause to a celebrated wrestler with legions of fans, with the obligatory nemesis. He is recognised on the streets of the Durban and applauded in the Chatsworth community. Wrestling started out as the means to his own salvation but it is the end that has allowed him a certain amount of celebrity, fame that he now uses to run an anti-bullying campaign in his drug-riddled poor community.

“Being celebrated in Durban made me want to always walk that straight and narrow path. To live a positive, loving life and helping others. I was no saint growing up but I chose to love life over living a negative life.”

Finding ambition in the wrestling ring

The wrestling ring has long been home for Naidu. He matured there and found a way to work past the mistakes he made in his own life. Those mistakes, he tells kids, made him want to do something to help kids he saw going down the path he managed to escape.

“Wrestling gave me ambition; it occupied my mind, kept me busy. Once I started achieving goals and getting praise I felt better about myself and never looked back. I use wrestling, sport, to give kids direction. If I can change their lives, make them role models, together we can change the nation.”

It’s not his intimidating demeanour that allows him to connect with the kids he helps. He welcomes anyone to his wrestling academy, based at the Chatsworth Youth Centre, and encourages kids to join him in volunteering at the other outreach projects at the centre. He is successful because he talks to kids in a language they understand. “Humour … humour … and making them laugh when I talk to them. Kids are looking for someone they can relate to and not some stern guy in a suit and tie.”

Nightmare uses his own life experience to help kids understand that life can be bigger than the world they find themselves trapped in. He says it will not be easy to for them to change but that the rewards are worth the pain. “Substance abuse held me back from becoming who I was destined to be. Wrestling gave me the self-confidence to speak out, to stand up, to become a role model who gives back to the community.”

It’s the most important lesson he feels he can teach kids who look to him for guidance. He warns kids that he changed his life because he had to, and he wants them to make the right choices before they are forced to. “I warn kids that they are in danger of becoming the people they surround themselves with. They need to surround themselves with people that celebrate you, not tolerate you, because you are the architect of you own destiny.” 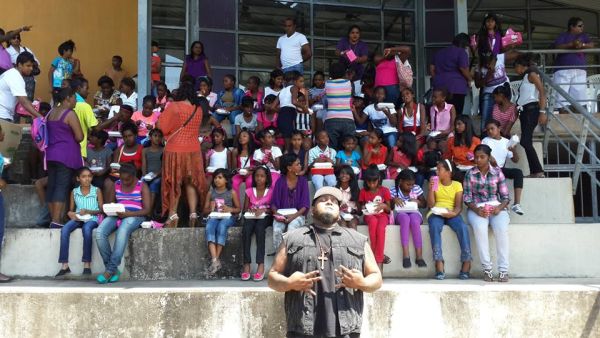 “I am a walking billboard for everything I believe in,” Daryl Nightmare Naidu. (Image: Daryl Naidu)

A child of Mandela

That his message is heard in Chatsworth matters to him. To kids here he is a superhero and he is happy to use that status to make a difference in his world. It hurts, he says – letting his superhero mask slip and showing human emotion – that kids find it so easy to give up their dreams; that if he can change the course of his life then anyone can. “If they need help, I will be there for them to lean on.”

When Naidu talks about wrestling he uses the vocabulary of addiction – dependent, enabled, intervention and rehabilitate – but it is his addiction to wrestling that has helped him beat his other demons. Nightmare says that stepping into the ring makes him feel like he just won the lottery or found money lying on the floor.

He celebrates his new life with body art, among the many tattoos that cover his muscular frame are the words ‘Don’t be a bully. Be a star’ across his hands. “The portrait of Nelson Mandela on my calf shows that world that I am a child of Mandela, proudly South African and choosing to live my life in his spirit.”