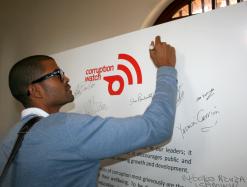 By signing the pledge, people commit to
rejecting corruption and speaking up
about illegal activities.
(Image: Nicky Rehbok)

The fight against corruption got some heavy artillery today with the launch of Corruption Watch, an independent civil society institute formed to enable South Africans to report and confront corrupt activity in both the public and private sectors.

The launch, held at the Women’s Gaol at Constitution Hill in Johannesburg, was attended by a range of government, civil society and business leaders, including Jay Naidoo, Mark Haywood, Mary Metcalfe, Njongonkulu Ndungane and public protector Thuli Madonsela, as well as a large contingent of news media.

Corruption Watch’s work includes a newly launched website and an SMS hotline to receive reports of corruption, as well as a pledge which people can sign online to signify their rejection of corruption.

The website will be a repository of stories from the South African public, a secure portal for evidence-based whistle blowing activity, and a resource for information about corrupt activities in South Africa.

In his keynote speech, Cosatu secretary-general Zwelinzima Vavi lauded Corruption Watch as a “critical resolution of Cosatu and civil society” and a “dream come true to empower our people”.

“We will not succeed in our quest to defeat this fast advancing enemy unless we can successfully mobilise and empower ordinary people, strengthen and build a people-centred developmental state, led by honest men and women, build independent state institutions that battle against corruption daily and transform the judiciary and media,” he said.

To SMS, send the text “BRIBE” to report corruption or, to sign the pledge, type “PLEDGE” plus your first and last names to the number 45142 (the SMS costs R1).

No more abuse of power and position

Corruption Watch director David Lewis said that by gathering, interpreting and acting on information gathered from the public, the media and other sources, the organisation would be able expose the corrupt misuse of public money.

“We have formed this organisation to enable citizens to report and confront public and private sector individuals abusing their power and position.”

The data collected by the organisation will be used to reveal hotspots of corrupt activity around the country at municipal, provincial and national level. Where corruption is rife, Corruption Watch will seek partnerships with powerful organs of civil society to effect change.

“We want to help move the national conversation about corruption from resignation to action,” said Lewis.

Through social media, people can share their stories about all manner of corruption, including but not exclusive to bribery, kickbacks and graft; influence peddling and patronage; and corruption in the work place where they’ve witnessed or been victims of favouritism, nepotism, ghost workers and illegitimate absenteeism. People may be able to report instances of bid-rigging, price-fixing, arbitrage and profiteering, cartels and collusion and tender and procurement irregularities.

The personal details of anyone reporting an incident will be kept confidential, but the information collected will be aggregated, enabling Corruption Watch to analyse the data, spot patterns and draw a “heat map” of when and where corruption is occurring.

“Information from crowd-sourcing offers a clear understanding of what is happening on the ground,” said Lewis. “While we won’t be in a position to investigate each and every report, the combined knowledge of people coming to our site will provide us with a powerful tool to build alliances with other institutions and NGOs. Strengthening the scale and voice of civil society will help South Africans defeat corruption.”

From some of the aggregated information – and occasionally a personal story that is representative of an endemic form of corruption – Corruption Watch will initiate research, commission reports and compile sufficient documentation to refer matters to the appropriate investigative or prosecutorial authority, or engage in policy-based advocacy work.

“Our first campaign,” said Lewis, “is asking people to sign a pledge online, or via SMS, refusing to participate in corruption and, if they are civil servants, committing to treating public resources with respect.”

“This cancer of corruption can only be defeated by the concerted efforts of all South Africans … therefore the launch of Corruption Watch is highly commended,” he said.

The minister added that the organisation would help transform many South Africans from being passive recipients within a democracy into “important role-players who actively combat corruption”.

“We’d also like the media to continue in its tireless efforts to expose corruption whenever it rears its ugly head.”

He added: “We are confident that Corruption Watch will be an independent voice and barometer showing the strides we as a nation are making to fight corruption. Everyone must know that there is nowhere to hide as far as corruption is concerned.”

Public protector Thuli Madonsela said the initiative “couldn’t have come at a better time” and that the Public Protector team was honoured to be part of it.

“Many sectors of society can learn a lot from this development. As a country we need a united front against corruption and central to this is active citizenship.”

Accountability and transparency are also central to the organisation, she added.

“I’m encouraged by Corruption Watch’s understanding that corruption is a societal problem – it’s not an isolated problem.”

Corruption is also rife in the regulatory environment, service delivery, as well as the public and private sector, she said.

“It is time that all of us as patriotic South Africans stand together to fight corruption with courage and resilience.

“We look forward to working with Corruption Watch in taking the process forward in terms of awareness-raising, protecting and encouraging whistle-blowing and promoting transparency in the government’s legal framework.”

Madonsela called on all sectors of society to throw their weight behind the initiative, adding that actively fighting corruption would help alleviate poverty, boost service delivery, and promote safety and justice.

“Each of us has a responsibility to fight corruption in the public and private sector to ensure that we build a society where there is public accountability, integrity and responsiveness to all the people of the country.”

Funded principally by donations from charitable foundations, Corruption Watch was initiated as a non-profit organisation by Cosatu’s office bearers, who were receiving an increasing number of complaints about corruption from its membership and the general public.

Its board of directors is made up of Bobby Godsell, Adila Hassim, David Lewis, Mary Metcalfe, Mavuso Msimang, Njongonkulu Ndungane, Kate O’Regan, Zwelinzima Vavi, with Vuyiseka Dubula in the chair. 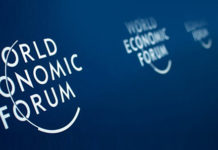 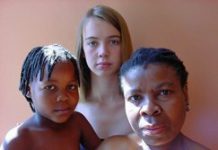 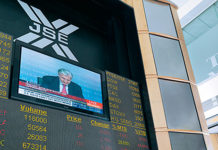 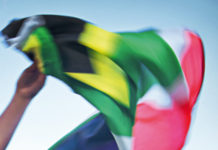 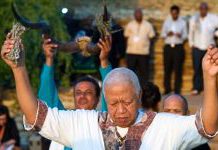 ‘South Africa must build the nation Mandela fought for’