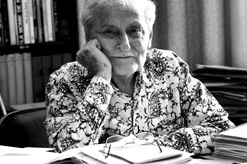 In a speech seen as a gesture of outreach to South Africa’s Jewish community, President Jacob Zuma has urged skilled expatriates to return home and help overcome the country’s “social and political challenges”.

In the opening address of the Jewish Board of Deputies‘ national congress on Saturday night, Zuma paid tribute to the role the Jewish community plays in South Africa, and to the board’s work in preserving Jewish identity in the country.

“Through their continued work over the years, a rich tapestry of Jewish traditions and culture has been developed, preserved, and passed from generation to generation.”

But, Zuma said, while South Africa’s Constitution protects the rights of minorities, and one of his responsibilities as president was to cultivate the country’s cultural diversity, this should not be at the cost of unity.

“Much as we are conscious of who we are culturally and otherwise, it must not take away the national identity, as we should be South Africans first.”

Noting the role South African Jews had played in the antiapartheid struggle, Zuma said they continued to contribute to building the country in “business, labour, science, literature, culture, community work and politics”.

But one of the problems in building the country was education. “This country has a massive skills shortage,” he said. “This problem is exacerbated by the emigration of skilled people.

“We must work to reverse this trend.”

Some 1 800 South African Jews are said to emigrate from the country every year, and the community’s numbers have fallen from a peak of around 120 000 in the 1970s to some 75 000 today. The largest wave of emigration was in the late 1980s and early 1990s, in the violent dying stages of apartheid and the difficult times of South Africa’s democratic rebirth.

Most move to Israel, Australia, Canada and the US. Today, new uncertainties about the Zuma administration – the president was inaugurated on 9 May 2009 – threaten another wave.

With the majority of South African Jews supporting the Democratic Alliance (DA), the official opposition in parliament, Zuma’s speech on Saturday was seen as a extending an olive branch. “He made good pledges; I hope he delivers on them,” DA politician Jack Bloom told JTA news service. “It was a friendly action. It was the president of the country addressing the Jewish community. It was good outreach.”

Accompanied by Cabinet ministers and senior provincial officials, it was the first time Zuma had publicly addressed the community. He took the opportunity to praise their past and present contribution to South Africa. “Many within the Jewish community have played a prominent role in the struggle for democracy and freedom in our country.”

Citing examples such as Rusty Bernstein, Helen Suzman and Albie Sachs, Zuma said, “Though part of the privileged white community, many Jewish people dedicated their lives to the advancement of the rights of the oppressed majority.”

Zuma also praised South African Jews’ continued participation in political life. “Earlier this year, the Jewish Board of Deputies made a significant contribution towards the democratic elections through voter education, awareness and mobilisation among communities. [This] demonstrates a healthy commitment to the promotion of democracy in our country.”

Jews have a long history in South Africa, being among the first whites to settle in the Cape of Good Hope in 1652. The first South African congregation, known as the Gardens Shul, was founded in Cape Town in 1841.

Some 300 Jewish soldiers fought alongside the Boers in the Anglo-Boer War. A large proportion of today’s community can be traced back to refugees who fled Germany, Lithuania, Poland and elsewhere in Europe before and during the Second World War.

According to the 2001 census, there are 75 549 Jewish people in South Africa, making up only 1.7% of the white population and 0.2% of the total population. Most are concentrated in the major centres, with Johannesburg having the largest community.