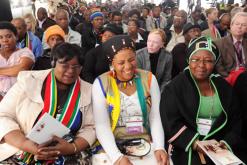 Delegates at the Social Cohesion Summit came from all facets of South African society.
(Image: GCIS) 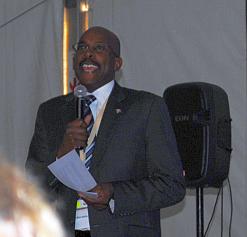 While there is still work to be done, nation building will accelerate if people view themselves as South Africans first and foremost – this is one of the issues that came out of the recently concluded Social Cohesion Summit.

The two-day event took place at Walter Sisulu Square in Kliptown, Soweto, on the site of the signing of the historic Freedom Charter in 1955.

With a plethora of ministers, business leaders, members of civil organisations and citizens in attendance, the summit aimed to tackle those factors that stand in the way of a united South African society, and work towards eliminating them.

Although each commission had a moderator, presenter and guest speakers, most of the floor was given over to the people in attendance, who did not hesitate to air their views.

Many grievances were voiced, and points that came up time and again were economic inequality, poverty and unemployment, and respect for diversity.

In the commission for national identity, presenter Collins Chabane, the minister in the Presidency in charge of performance, monitoring and evaluation, said that South Africans have many levels of identity – personal, ethnic, national, even sporting – but the question is, which of these identities should be the dominant one?

“The South African identity should be predominant,” said Chabane, “because if any of the secondary identities are allowed to dominate, we will never achieve cohesion as a nation.”

Being South African first and foremost will not diminish the other identities, he said, but allowing, for instance, one’s ethnicity to be more important than one’s nationality, is a “recipe for disaster”.

Chabane added that there are those who would wish to exploit these secondary identities for their own agendas – they include politicians – thereby widening the divisions in South African society, but if the national identity is strong, it will be much harder to pry it apart.

Brand South Africa CEO Miller Matola, a guest speaker, agreed that South African-ness must be the starting point, and that once the quintessential South African identity has been determined, people will have a sense of belonging and will be able to transcend the issues that divide them.

“That sense of unity is there,” he said. “We see it in sport, or when we respond as a nation to an external threat or disaster. We need to leverage it, and communicate it.”

Prof Muxe Nkondo, the chairperson of the National Library of South Africa, spoke about the role that technology can play in building unity, as it’s become a part of national and popular culture and can be a powerful tool in the right hands.

Chairperson of the parliamentary committee on arts and culture Thandile Sunduza, the third guest speaker, named language as an important part of culture and identity, and said that South Africans should be proud to speak their mother tongue. She went on to say that no language, culture or religion should be more important than another.

Instead of wearing clothes made in other countries, Sunduza said that people should wear traditional clothes which are manufactured in South Africa.

“It will boost national pride and lift our economy,” she said, “instead of lifting someone else’s.”

When the microphone was turned over to the audience to get their impression of where South Africa currently stood as a nation, people brought up various issues ranging from the use of the arts as a common language to promote cohesion, to a crisis of selfhood which leads to insecurity, xenophobia and other problems, to people not knowing how to speak each other’s languages which leads to feelings of being left out, and more respect needed for the national symbols.

Next, the audience was asked for their ideas on how to resolve these issues and move forward. Taking responsibility as citizens; instilling culture and pride into children; and bringing issues relating to cohesion into the national curriculum, were a few of the responses.

At the close of the summit on 5 July, arts and culture minister Paul Mashatile, whose department hosted the event, called it a success, saying that delegates had recommitted themselves to building a non-racial, non-sexist, and prosperous society.

Mashatile called on all levels of South African society to work together.

“In building a caring and proud society, we will require partnerships with all stakeholders – Parliament, government at national, provincial and local levels, the judiciary, labour, non-governmental organisations, civil society and all political parties across the board,” he said, adding that only with such partnerships will the country reach its goal of cohesion.

Once rapporteurs have finished compiling the hundreds of spoken and written submissions from attendees, they will present President Jacob Zuma with a declaration and plan of action based on what was discussed at the summit.