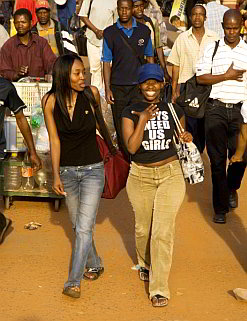 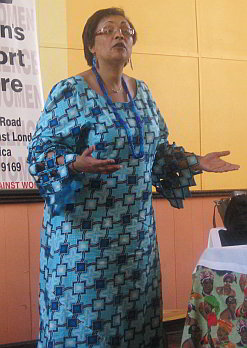 Women’s rights in South Africa will take a great stride forward when a national alliance of women’s organisations presents the country’s first shadow report in 12 years on the status of women in the country.

On Friday 21 January, four representatives, led by the East London-based Masimanyane Women’s Support Centre, will stand before the UN’s Convention on the Elimination of All Forms of Discrimination against Women (Cedaw) committee.

Here they’ll present research they conducted regarding the progress of women’s rights since the presentation of the first report at Cedaw’s 19th session in 1998. Gender equality is one of the UN’s Millennium Development Goals.

Each Cedaw party state is required to report to the committee every four years. South Africa will therefore be submitting its second, third and fourth reports.

Cedaw will review the report and present recommendations to the government on which steps to take to improve the situation.

“We have worked with other organisations and have collected information on how women’s rights have been enforced by government,” she said.

The study asked women to identify the achievements towards gender equality, and also considered ways in which obstacles faced by women and girls on a daily basis could be overcome. However, judging from the research, Foster said the country has not made enough advances in the right direction.

In a statement delivered to Cedaw on 17 January, she acknowledged that the South African government has made significant efforts to address these gender equality issues through the ratification of the Cedaw convention and its Optional Protocol, which was introduced in 1999.

“Despite these efforts, the lived realities of women, their quality of life, and their status within society has not seen a significant change,” she added.

Foster and her colleague Thabisa Bobo, also of Masimanyane, discussed three main issues, namely discriminatory laws, violence against women, and challenges to young women – specifically those from rural areas – with the Cedaw committee.

South Africa’s shadow report may be downloaded from the Masimanyane website.

Kenya, Israel and Liechtenstein will present their reports around the same time as South Africa.

South Africa started to catch up with Cedaw reports in October last year when 22 women’s rights activists from around the country gathered in East London for a Cedaw seminar.

This was a drive by Masimanyane to form a national alliance of women’s rights organisations from each province. They would then contribute to a report on the progress of gender equality in the last ten years.

It was here that South African activists learnt how to use Cedaw as a tool for advocacy and lobbying. To guide them through the process were activists Ivy Josiah, the executive director of Malaysia’s Women’s Aid Organisation, and Shireen Huq of the Nariphokko organisation in Bangladesh.

According to Josiah, the activists educated South Africans on the Cedaw policies, explaining how they could be used as a useful instrument.  “I showed women how this is a tool to analyse and solve problems.”

Josiah believes the tool is an international principle that holds governments accountable. “There is this power called government that is duty-bound to make sure women are safe.”

Foster added that Cedaw is a primary standard setting document that guides all UN member states which have ratified the policy as to how they should treat women and girls within their countries.

The convention was adopted by the UN General Assembly in 1979 and is often referred to as an international bill of rights for women.

Masimanyane’s executive director, Lesley Ann Foster, will be in Geneva to present South Africa’s shadow report to the Cedaw committee.