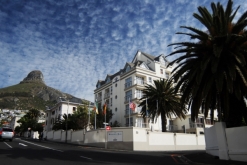 Cape Town has taken third place on 2ThinkNow’s 2010 list for emerging innovative cities, These are places in developing nations which rank among the most progressive in the world. The list is published annually using data from the 2thinknow Innovation Cities Program.

The emerging cities list is one of a set issued by Melbourne-based 2ThinkNow, an agency that measures innovation for cities, businesses and other entities around the world. The agency keeps tabs on 1 540 cities and ranks them on criteria such as geography, population, health and wealth.

In 2010 these 1 540 monitored cities were narrowed down to the final list of 289, all of which had comprehensive data on 162 indicators across 31 industry and community segments including arts, commerce and finance, food, health and medicine, technology, religion, media, journalism and censorship, and more.

The data is held in 2ThinkNow’s city benchmarking program.

The finalists were then rated by expert analysts and their scores weighted against 21 current global trends, before being graded into five bands – nexus, hub, node, influencer and upstart cities – in descending order of their standing in the global innovation economy.

Rather than taking the number of patents or the amount of research spending into account as conditions for innovation, the index relied on measuring cultural assets and infrastructure.

No African cities made it to the top 100 list of the 2010 global innovative economy. Cape Town’s third place on the emerging cities index, which covers the regions of Africa, the Middle East and the Caucasus, follows Abu Dhabi and Dubai.

The Americas, Asia, and Europe have their own lists, and there is also the global top 100 list.

There were four African cities on the 2009 emerging list, but in 2010 the number of African representatives rose to seven. Cape Town and Johannesburg in South Africa, Casablanca in Morocco, and Dakar in Senegal retained their listing. Dar es Salaam in Tanzania, Nairobi in Kenya, and Port Louis in Mauritius made their debut as fledgling innovators.

Cape Town was again listed as a node city and is on par with Dubai and Jeddah, the two other node cities on the emerging list, as well as Moscow, Atlanta, Kuala Lumpur, Mumbai, Brisbane and Buenos Aires on other lists. Johannesburg is an influencer, as is Casablanca. The other African cities were not assigned to any band.

This is an improvement from last year’s showing, as Johannesburg was uncategorised in 2009. In 2008 the Gauteng provincial capital was the only African representative and came in with a score of 19, making it the second-highest emerging city, after Dubai at 20. In 2009 Dubai was eclipsed by Abu Dhabi.

Boston in the US successfully defended its 2009 number-one ranking, followed by Paris and Amsterdam.

The five bands are based on the following criteria:

According to 2ThinkNow, classification as a node city is a good start, as it means that the city is globally competitive. Node and influencer cities have regional industry influence on innovation.