Uplifting Hillbrow youth through photography, Bernard Viljoen will feature on Brand South Africa’s Play Your Part TV series, to be aired on SABC2 this Sunday 29 June at 9pm. 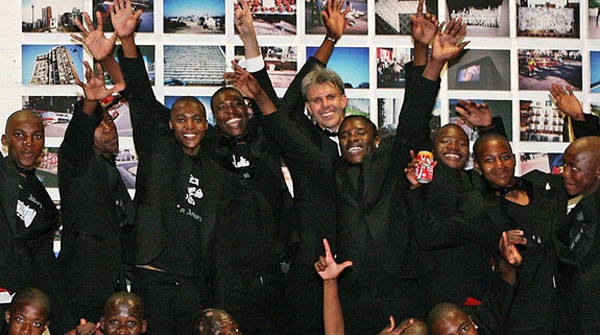 Bernard Viljoen is interested in people living on the periphery of society, people who don’t have a voice but who have experienced much in their lives.

An urban artist with the heart of a philanthropist, he is the founder of I Was Shot In Joburg, which provides a platform for youth at risk to learn skills and generate an income. The project is based on using images of Joburg city taken by children living in shelters to help them uplift themselves. Using disposable cameras, 15 intrepid amateur photographers and Joburg as an inviting canvas, Viljoen ventured into the unknown.

Little previews of city life are exposed in the photographs; they are glimpses into lives unfamiliar to suburbanites. Shadows reflecting off a leg or a sign are fragments, enticing viewers to look deeper and be witness to a transformation, an invisible human being becoming a person with a voice. 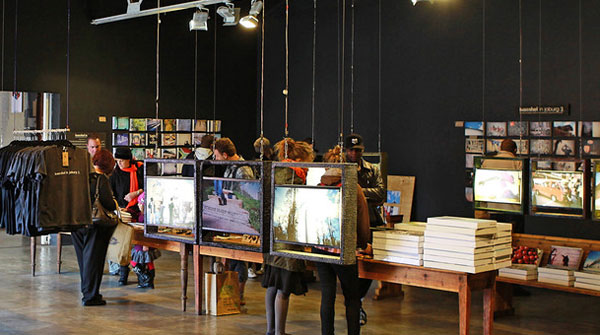 In 2013, I Was Shot In Joburg moved to a permanent space at Arts On Main. It is also a skills development centre and a retail outlet, allowing the youngsters to be part of the economy. Participants are also able to share their skills with others, showing them a way out of hopelessness.

Viljoen grew up in Parys, a small town an hour’s drive from Johannesburg, and he absolutely loved it. “I studied architecture in Bloemfontein at the University of the Free State from 1994. I also travelled extensively overseas, and I went to London in between my studies over two years on a working holiday. After finishing my studies, I went to live in Taiwan for a-year-and-a-half teaching English to little kiddies, and then I went to Chicago to do my Master’s degree at the School of Art Institute of Chicago.”

He is the creative director of a company in Cape Town, Grand Africa, which has a chain of restaurants, and is working on projects in Zimbabwe, Portugal and the Caribbean. But as I Was Shot In Joburg has expanded so rapidly, Viljoen thinks it is where he may dedicate all his time.

The birth of I Was Shot In Joburg

When he had been in Chicago for three months, Viljoen says, he was given a brief for a project entitled “Chicago issues for the new millennium”. He sat there and thought: “I have no desire to resolve any American issues; we have enough of those in South Africa.” And so he left school and returned to his homeland.

The project started simply: “I said to the boys, ‘Let’s walk out the doors, and find beauty where you thought there was none.’ And that is how the first exhibition came about,” he explains.

“They were a little sceptical in the beginning about the project, but soon got into the rhythm of things. We had our first exhibition at Arts on Main, and I was very overwhelmed by the kind of imagery that we got back from the disposable cameras. After the exhibition, the guys were so afraid that the project wouldn’t continue that we had to find a way to make [it] sustainable.

“It then dawned on me one morning when I called my sister and said; ‘I am going to call this project I Was Shot In Joburg,’ because if I branded it as slightly controversial but still very relevant and site-specific to Johannesburg, then that is enough platform for us to build a business.”

It uses cameras as a metaphorical brush to “write our own futures”, according to the campaign. The first exhibition was held in 2009, and the group went on to create a product range to sell at Market On Main, in the Maboneng Precinct, a privately developed urban neighbourhood on the east side of the Johannesburg CBD. The products and skills evolved and in 2013, I Was Shot In Joburg moved to a permanent space at Arts On Main, in the same district. It is also a skills development centre and a retail outlet, allowing the youngsters to be part of the economy. Participants are also able to share their skills with others, showing them a way out of hopelessness.

Watch Bernard Viljoen and I Was Shot In Joburg:

The business has reached a point where it is starting to sustain itself, but it still receives funding to help it grow further. The project aims to enrich the lives of street children who have found their calling through a lens. Viljoen wants to further their opportunities, developing a skills transference division to create opportunities for economic growth, social development, and job creation.

“It has been an incredible journey; we are a part of South Africa’s joys, beauties, challenges and vibrancies. We are a part of South Africa’s reality and it has always been important to me to be part of the new struggle, which has nothing to do with race, but rather equality for all. Grace Jones says it so beautifully when she sings, ‘This is my voice, my weapon of choice’, and for me, I Was Shot is my voice regarding Johannesburg and South Africa as a whole.”