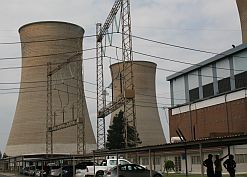 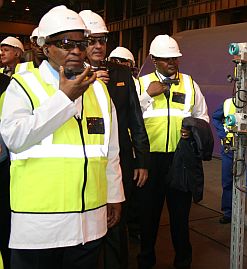 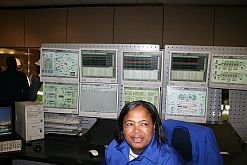 Eskom has created more than 2 000
jobs at the station. 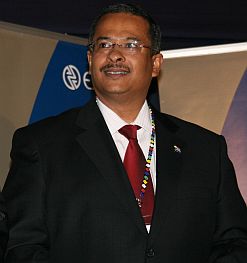 Power generating capacity has been returned to the Camden power station in Ermelo, Mpumalanga province.

National power utility Eskom officially reopened the plant on 21 October, after it had been decommissioned in 1988.

The coal-fired Camden was initially commissioned in 1967 and adds 1 520MW power to the national grid, Eskom said. Its eight units each generate about 200MW each and are fully operational.

Camden is the first of three previously mothballed power stations in Mpumalanga to be recommissioned by Eskom. The utility decided to revive the Camden, Komati and Grootvlei coal-fired stations as part of their efforts to increase electricity supply in the country. The three went offline in the late 1980s and early 1990s as the utility had an excess of supply.

Komati and Grootvlei are expected to return to full capacity in the next two years. “Returning these old power stations to service is an important mitigation measure in our energy security efforts,” said President Jacob Zuma, who was one of the speakers at Camden’s launch.

Funds for the three projects, totalling R27-billion (US$3.9-billion), have been secured. Eskom invested R5.86-billion ($848-million) into the recommissioning of Camden, which, it says, is the first power station in the world to be revived after a long period of inactivity.

It’s the “largest return to service project in the world” and has been successfully reconstructed to add critical power capacity onto the national grid at a fraction of the cost of building a new facility, says the utility.

“It was not an easy task reopening the station considering the tight deadline, but [Eskom] delivered,” said Barbara Hogan, Minister of Public Enterprises.

The utility opted to ferry most of the coal to Camden by rail in a bid to reduce the number of coal trucks on the country’s roads, with a corresponding reduction in the cost associated with repairs of road damage caused by trucks. Currently, about half the coal requirement is transported by rail.

Eskom is confident that Camden is environment friendly, saying that it has been fitted with fabric filter plants on all eight units.  “These plants remove almost all the dust particles in the emitted exhaust gases”.

Eskom is under pressure to increase capacity of the national power grid to avoid an electricity supply shortage in the next years. “We need to double supply over the next 20 years,” said Eskom’s newly appointed CEO Brian Dames.

The utility has admitted that it will not deliver the estimated 52 248MW that South Africa will need by 2030. It will import power from neighbouring countries, and has also invited independent power producers (IPPs) to play a significant role in generating power.

“Eskom clearly cannot provide all of the power that South Africa needs,” said Dames. “We welcome and encourage the entry of IPPs into the electricity generation market.”

The parastatal failed to generate enough power to match the country’s economic growth of recent decades, which resulted in greater demand, Dames noted.

It’s now out to reverse the investment limits on infrastructure through its build programme adopted in 2005, and has set a budget of R385-billion ($55.6-billion) up to 2013 for expansion projects. “Our build programme is critical to ensure that we have the necessary infrastructure,” Zuma said.

“The World Bank loan of US$3.75-billion (about R29-million) to South Africa in May this year has provided the government with a platform to proceed with the implementation of the build programme,” the president added.

Eskom’s current power stations and power lines projects, including Komati and Grootvlei, will add about 13 000MW of power capacity to the national grid. The coal-fired 4 764MW Medupe and 4 800MW Kusile and the hydro-energy 1 322MW Ingula power stations are Eskom’s biggest projects currently under construction.

The public utility is also upgrading the yield of Arnot power station, situated in eMalahleni,  Mpumalanga, from 2 100MW to 2 400MW.

Both Grootvlei and Komati are partially operational. Four of the six units at Grootvlei Power Station have come online, Eskom said, while the remaining two units should return to service in the next few months.

Three of the nine units at the Komati power station are running well, according to the utility, while the remaining six units will return to service within the next two years.

About 4 453.5MW power capacity has been added to the national grid since the introduction of the build programme.

Eskom plans to grow its capacity to 80 000MW by 2026. “We have some of the world’s largest expansion projects,” said Dames.

The group said it will reduce the dominance of coal-fired power stations through more reliance on nuclear and renewable energy sources, including wind and solar power. It has planned solar and wind plants for construction in the Northern Cape, Eastern Cape and Western Cape provinces.