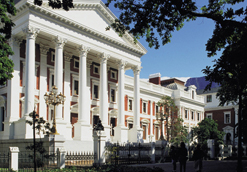 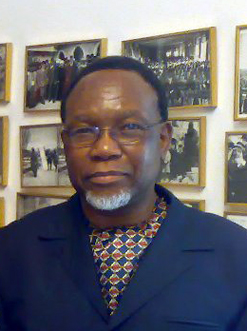 Motlanthe then announced his new cabinet, with 10 ministers appointed to new posts. Significantly, Minister of Finance Trevor Manuel was reappointed to his position following his resignation on Tuesday. Manuel’s retention is seen as a clear indication that the new administration has no plans to change its economic policies.

Grabbing more headlines was the replacement of controversial former health minister Manto Tshabalala-Msimang with Barbara Hogan, with the former being appointed minister in the presidency. Tshabalala-Msimang has been widely slammed for her failure to adequately respond to South Africa’s HIV/Aids pandemic, while Hogan has been an outspoken critic of the health ministry’s policies on the disease. Hogan is also said to be a close confidante of Motlanthe.

In his first speech to parliament as president, Motlanthe gave the assurance that his administration would not deviate from existing ANC policies.

“The policies of this government are clear,” he said.

“They are based on the 2004 Manifesto of the African National Congress, enhanced by the decisions of both the ANC’s Policy Conference as well as its 52nd National Conference held in Polokwane in December 2007.

“Mine is not the desire to deviate from what is working. It is not for me to reinvent policy. Nor do I intend to reshape either Cabinet or the public service.

Motlanthe’s election comes after former president Thabo Mbeki resigned on Sunday 21 September, following a request by the ruling African National Congress (ANC) that he do so the day before. The new president will lead the South Africa until the next elections, scheduled for April 2009.

The 10 new Cabinet ministers are:

Those who retained their positions are:

Do you have queries or comments about his article? Email Mary Alexander at marya@mediaclubsouthafrica.com.