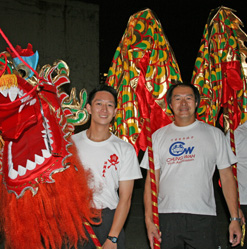 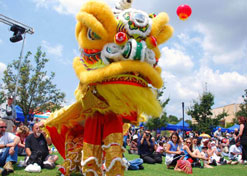 The Chinese Association of South Africa (Casa) fought for eight years to obtain clarification on its status from the government, eventually taking the matter to court in December 2007. In the legal battle they were assisted by veteran human rights advocate George Bizos and constitutional law advocate Alfred Cockrell.

Black economic empowerment (BEE), passed into South African law in 2003, is a controversial programme aimed at reversing the bias of apartheid, which saw the country’s economic wealth concentrated in the hands of the white minority. BEE has come under much criticism since its enactment because it is seen to largely benefit another minority, the new black elite.

BEE applies to black, coloured and Indian South Africans and because Chinese were classified as coloured during apartheid, it was understood that they too would qualify for benefits. However, said the campaigners, since 1994 the Chinese community had been perceived as white and were therefore excluded.

According to the association’s attorney George van Niekerk, Casa wrote letters to the ministers of labour, justice and trade and industry in June 2007, seeking clarification. The ministers at first asked for time to consider the matter and later declined to respond, saying they were not ready.

Casa was left with no choice but to take the matter to court. “As government was unable – in the course of eight years – to provide a definitive answer as to the community’s status, we had no other option,” said Casa chair Patrick Chong.

Casa wished to prove to the court that South African Chinese were also disadvantaged under the previous dispensation and therefore had a right to benefit from the new black empowerment laws. This does not apply to immigrant Chinese, who currently outnumber local Chinese 10 to one, according to the association.

The three government departments consulted previously were named as respondents in the case brought by Casa. However, none of them rendered any opposition and Judge Cynthia Pretorius ruled in favour of the applicant, awarding Casa the costs as well.

Chong was overjoyed about the judgment, adding that the local Chinese community would use its “newfound freedom” to help create more job opportunities for all South Africans.

Van Niekerk commented that justice had been served for Chinese South Africans.

The Chinese community in South Africa traces its roots back to the late 19th century, when Chinese migrant workers came to work on the gold mines in Johannesburg. The community now numbers around 200 000, according to the latest estimates.

Although many Chinese were repatriated, a number remained, mainly in Johannesburg and Port Elizabeth in the Eastern Cape, and over the years many more came to take up residence in South Africa. During apartheid the government maintained diplomatic ties with Taiwan but not with mainland China. This created confusion among South African immigration officials because mainland Chinese were considered non-white but Taiwanese Chinese along with Japanese were honorary whites.

Those Chinese resident in South Africa were classified as coloured when the Population Registration Act was introduced in 1950 to classify people according to their racial characteristics. This was because the Act catered for three main race groups – white, black and coloured – and Chinese people, according to the Act, were clearly neither the first nor the second.

Under this notorious piece of legislation Chinese South Africans were excluded from voting and using public facilities in the same way black people were. They were also subject to the Group Areas Act of 1950, which assigned race groups to specific residential areas.

In 1984 the Group Areas Act was amended and Chinese were deemed exempt from the residential restrictions imposed on coloured people – but they were still deprived of an official classification and found themselves in a cultural limbo.

Both acts were repealed when democracy was established in 1994, but even after that the Chinese community was subject to discrimination of a different kind, as it was viewed as “white” and therefore unable to benefit from business contracts, share offers and other opportunities extended to black South Africans.