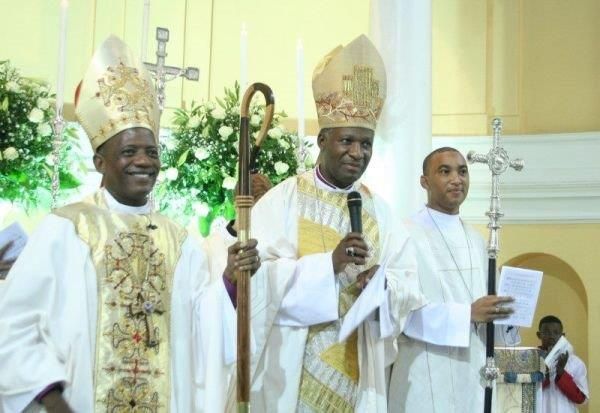 Archbishop Thabo Makgoba at mass in St Mary’s Cathedral in Johannesburg, with Reverend Moreo on his right . (Image: Anglican Church)

This is an edited version of the editorial Archbishop Thabo Makgoba wrote for the Sunday Independent.

The South African Council of Churches has just concluded a conference, the Church in Society raised issues of the role of the church in giving guidance on ethical and moral issues in society.

It raised in me concerns about how often dilemmas of a moral nature pass by with the Church being silent about them. This week the country will be focusing on the high profile murder trial of Oscar Pistorius. Another moment to reflect on ourselves as a society.

This trial has cast a global spotlight, not only on the Olympic and Paralympic star athlete, but also shines a light on South Africa’s constitution and its legal system. It will, hopefully, stimulate a conversation on our moral values as a nation with these two elements at the centre of this conversation.

I am not pronouncing judgement, amid the noise of the trial let us not forget that a soul is lost and a family have lost a child in the prime of her life. We can’t in our pursuit of justice ignore their pain and the sorrow of a remembered moment when Reeva Steenkamp’s life was lost when fatally shot by Oscar Pistorius. My pierced heart of compassion goes out to all involved in this case and in particular to the Steenkamp family who lost their beautiful child.

Returning , however to constitutional matters, and wearing my hat as a board member of the Open Society Foundation, our Constitution – as the highest law of the land – lays the foundation for an open society based on democratic values, social justice and fundamental human rights. Despite being one of the youngest nations in the global community of nations, our Constitution is hailed the world over for its progressive approach. We are a constitutional state and all laws made by Parliament must pass the test of constitutionality. Parliament has to ensure at all times that the laws it makes are in keeping with the letter and spirit of the Constitution.

As we prepare to commemorate 20 years of democratic freedom, this high profile murder trial is a reminder that our strong and stable legal system is a fundamental building block of our constitutional democracy, as is the independence of our courts and our judiciary. Even as a cleric I am subject to and must respect these legal provisions whilst at the same time emphasising that the law must serve the people as its objective rather than being an end in itself.

South Africa may be a young democracy, but we have made strides in building a substantial framework for a society anchored by democratic values, social justice and fundamental human rights.

The Constitution also sets up several independent bodies to support and safeguard our rights as citizens and the Human Rights Commission, protects the human rights of every South African citizen, including the right to a fair trial, without fear, favour or prejudice.

With all these institutions in South Africa that aim to create a lawful society, every South African citizen also has a role to play in respecting the constitutional state and its legal system.

In the Oscar Pistorius trial, and in any other case of such a sensitive and highly emotive nature, the strength and integrity of the country’s legal system will ensure that no individual will escape the consequences of taking the law into their own hands without just cause. At the same time, our legal system ensures those who are the subject of such cases can be assured of fair trials without prejudice.

There is a need for South Africans, and indeed the watching world, as the Oscar Pistorius trial starts to unfold, to exercise real compassion and magnanimity for everyone involved. There can be no winners in this legal process, no matter what the outcome, as morally and physically, the human damage has already been done. Compassion and magnanimity are human reactions when others are so obviously hurting and suffering but these point us to a future filled with hope in the midst of hopelessness. This is the real challenge of this particular trial, slowing the legal course of justice, having the courage to mourn, grieve and aspire for a safe and hope-filled country.

As we commemorate the country’s two decades of democratic freedom and the legal system that underpins it, we should not be tempted to pass judgment ourselves in this trial. Instead let’s find within ourselves selfless, forgiving and compassionate acts towards all those involved. There is perhaps some truth to the “judge not, lest you be judged” principle. If there is one lesson we can learn from the past 20 years of freedom and democracy, it is to exercise greater understanding and compassion. As former President Nelson Mandela once said: “Our human compassion binds us the one to the other – not in pity or patronisingly, but as human beings who have learnt how to turn our common suffering into hope for the future.” 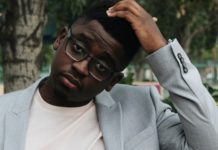 Sibu Mpanza talks vlogging and the Bill of Rights