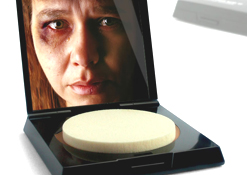 A host of activities are expected to take place in the month of November 2008, as South Africa embarks on its annual 16 Days of Activism, a campaign that focuses on violence against women and children.

The campaign, which is endorsed by the United Nations, takes place from 25 November – which is the international day of no violence against women – to 10 December – international human rights day.

This will be the ninth time that South Africa is observing the annual event. The 2008 theme for the campaign is, “Don’t look away, act against abuse”.

The event operates within South Africa’s national policy on the Women’s Empowerment and Gender Equality Act, which was passed in 2002.

The Gender Policy Framework outlines South Africa’s vision for gender equality and its overarching principles when it comes to treating both men and women equally.

Government involvement in the campaign includes events taking place at both provincial and local government structures. Past events have included rallies and music festivals.

Government has also formed strategic partnerships with civil society groups and various businesses in a bid to expand the scope of reach that the campaign has.

The core objectives of the campaign are to:

Create awareness of the plight and negative impact on abuse against women and children in society.

The campaign also aims to challenge perpetrators of abuse to change their behaviour by educating themselves about the affects that physical or emotional abuse have on their victims.

During the 16 days, a number of high profile events are held to lobby government to increase its support to victims. During this time, funds are also raised to enable organisations offering help to victims of abuse to continue with their work.

South Africans are encouraged to wear white ribbons as a symbol of solidarity with those who’ve been affected by abuse.

The ribbons provide a visually effective tool of highlighting the campaign, which in turn, it’s hoped, will elicit increased support.

Other sectors of society who also get involved in the campaign include workers’ unions, who are encouraged to garner support within their ranks alongside members and representatives from the sporting fraternity.

Speaking at an event during the campaign in 2006, then deputy minister of social development, Dr Jean Benjamin, said that it was crucial for South Africa to have an event of this type, as the country’s abuse statistics were shocking, “South Africa has one of the highest per capita rates of reported rapes in the world. This is despite the fact that most of rape cases are not reported.”

According to non-governmental organisation Childline South Africa, there has been a 400% increase in the number of reported cases of child abuse in South Africa over a period of 10 years.

The number of cases reported by child welfare societies also increased from 62% from 2000 to 2002.

Benjamin also noted that statistics, which state that more than 51% of all cases fell into the category of sexual abuse, are disturbing.

Other violence-related statistics show that more than 69% of the victims of abuse are female. The stats were drawn from a large-scale community-based prevalence study, conducted by the social department in three provinces.

Other findings of the study showed that in some instances, the abuse on women and children are committed against them in their homes, by people who are supposed to protect them.

One of the glaring by-products of violence against women and children, when the abuse is sexual in nature, is its contribution to the escalating HIV-infection rates amongst women.

Women’s vulnerability to HIV infection and other sexually transmitted diseases is particularly heightened, when they are wholly dependent on their abusive spouse, and have no means of escaping.

A report by UNAids, indicates that on a global scale, women make up the largest percentage of people living with HIV and Aids.

The vulnerability of women and under aged girls to HIV/Aids is further aggravated by the fact that a large number of those victims live in dire poverty.

Women’sNet, a South African based non-governmental organisation that works to advance gender equality, is aiming for the campaign against the abuse of women and children to become a daily matter of urgency.

This year, a South African radio station Ligwalagwala FM, will host the first-ever strictly hip-hop music festival in Mpumalanga, east of the country.

The proceeds of the concert will go towards the 16 Days of Activism campaign.

The station’s publicity officer Christinah Mazibuko, says she hopes the proceeds will make a difference in the lives of those who need them.

“This will also be an opportunity for us to help those in need. There are a lot of disadvantaged people out there and the proceeds of the event will go towards helping them.”

Organisers believed that, in addition to encouraging local hip-hop musicians in Mpumalanga, the music genre speaks to the youth and will go a long way in carrying the message.

The event will bring together some of South Africa’s finest hip-hop musicians such as Tuks Senganga, Zulu boy, Sliquor, Proverb and ProKid.

The South African non-governmental organisation coalition will this year, as part of the One-in-Nine Campaign, feature an exhibition at Constitution Hill, showcasing the struggle to end violence against women.

The One-in-Nine campaign was established in 2006 during the rape trial of ANC president Jacob Zuma. He was found innocent in a court of law.

The campaign operates on the findings of the Medical Research Council (MRC) study on sexual violence (2005) which indicate that only one out of every nine rape survivors report the attack to the police.

Furthermore, statistics from the report also indicate that of the cases that do reach the courts, less than 5% of the alleged rapists are convicted.

Other activities around the campaign will be announced closer to the date. This includes the official national event hosted by the department of provincial and local government.