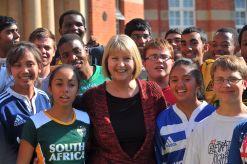 Prof Ann Skelton’s job as a prosecutor was a turning point in her career. It got her interested in children and she realised that she wanted to change the law.
(Image: worldschildrensprize.org) 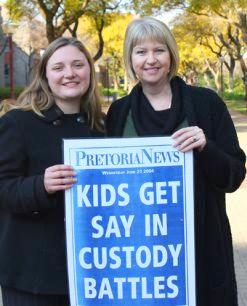 The Centre for Child Law pioneered separate legal representation of children in South Africa. Prof Ann Skelton was a legal representative in the centre’s first judgement on this subject, which became a landmark case.
(Image: worldschildrensprize.org)

South Africa’s children have a powerful ally fighting for their rights. In and out of the court room South African advocate Prof Ann Skelton is doing ground-breaking work to advance the rights of children and bring about changes to the country’s juvenile justice system.

In honour of Skelton’s work over the past 25 years to protect the rights of children affected by the South African justice system, she was recently named one of three laureates of the prestigious 2012 World’s Children’s Prize.

The award recognises people who have done outstanding work for children whose rights have been violated. It’s also the world’s largest annual programme in the field of educating young people about the rights of children, democracy, the environment, and global friendship.

Through her work Skelton, who is the director of the Centre for Child Law at the University of Pretoria, continues to put issues affecting children under the spotlight.

When Nelson Mandela became president of South Africa, Skelton was asked to chair the writing of the new legislation to protect children in trouble with the law. She was involved in drafting the Children’s Act and the Child Justice Act, and she’s still leading the way in setting legal precedents and changing laws affecting children.

Early in her career Skelton reached a turning point. While working as a young prosecutor in the Pietermaritzburg juvenile court, her first job after completing her studies, she realised that she didn’t want to practise law in the conventional way.

For her, working in the legal field was about more than taking on a case and representing a client.

“I’ve always been interested in law to bring about change,” she says.

She grew up under the apartheid regime in South Africa and when she was 15 years old, young black protestors of her own age were being shot and jailed.

In the juvenile court she was put in the hot seat and regularly saw children who were beaten by police, bitten by police dogs, and sentenced to whipping.

“I was so appalled by this and I thought this must change,” she says.

“It was 1986, the middle of apartheid and the children were small – some were as young as seven or eight and could hardly see over the bench. It was pretty harsh.”

She worked as a prosecutor for only 18 months, but the experience changed the course of her career.

“It forged me into a person who wanted to change the law and it got me interested in children,” she says. “Work experience is important because even if you don’t like what you do, you learn something about yourself.”

One of the difficulties of her job is dealing with an emotional subject, but she says it is important to maintain a professional distance from cases, yet still be compassionate.

“I do get angry about children suffering, but through my work I am giving people hope and this is a great reward,” she says.

She emphasises that it doesn’t help to become sentimental. “I’m not soppy about children. I see children as people who need extra help,” she says. “I go to court to fight for children and this is why we can’t afford to be too emotional about them.”

These days Skelton’s work is not only about helping children in prison, but also taking to court those cases that involve issues such as access to education, socio-economic rights, health and nutrition.

She says although South Africa’s laws to protect children are much better now, these laws are not always implemented and children still suffer.

Whether she is representing one child or a case that can help many children in the same situation, her work brings about positive change to the lives of South Africa’s younger citizens.

The Centre for Child Law, through its children’s litigation project, has been involved in cases that have been heard in the Constitutional Court and Supreme Court of Appeal, as well as the High, Children’s and Magistrates Courts.

Many judgements have set precedents that have brought about changes in the law, government activities and broader society.

Skelton recalls the centre’s first case in the Constitutional Court, involving a 35-year-old single mother of three children convicted of fraud and sentenced to a fine and four years in prison.

This case was important as it called into question whether the mother’s sentence was in the best interests of the children, who would be left without a primary care giver if she was imprisoned.

Now world famous, it has become one of the centre’s most cited cases. It was the first Constitutional Court case to examine the meaning and content of the constitutional right that ‘a child’s best interests are of paramount importance’.

The precedent set by this judgement requires that when sentencing primary care givers, a judge should give preference to non-custodial sentences as far as possible.

If imprisonment is the only appropriate sentence, the court must ensure the safety of children during the absence of the primary care giver.

Another important aspect of Skelton’s job is protecting the autonomy of children.

“It is important to cater for children at different levels of development,” she says. “Childhood is a process and children need more autonomy as they get older.”

The centre has pioneered separate legal representation of children in South Africa, based on the idea that children of a certain age and maturity have a right to participate in decisions made about them.

This issue becomes particularly important when children get caught up in family disputes or legal battles.

Skelton was a legal representative in the centre’s first judgement on this subject, which became a landmark case.

Leaving it to the kids to decide

When she found out that the University of Pretoria nominated her for the World’s Children’s Prize, she didn’t pay much attention to it. “I wasn’t expecting to win,” she says.

Skelton didn’t think she stood a good chance, considering that prominent South Africans who have received the accolade include former president Nelson Mandela. The prize was also posthumously awarded to 13-year-old Hector Pieterson who died in the 1976 Soweto uprising and Nkosi Johnson, an HIV-positive child who died at the age of 12 but who made a major impact on public perceptions of the pandemic.

But Skelton underestimated herself – her work did make a significant impact on the jury.

What is interesting about this award is that the winners are selected entirely by children.

The candidates for the prize are selected by a child jury, who are all child rights experts through their own life experiences. Some of them have been child soldiers, debt slaves and even homeless. Voting then opens to 2.5-million children worldwide to select a winner.

One of the jury children, 17-year-old Gabatshwane Gumede, comes from South Africa.

When she heard the news that she was a winner, Skelton was overwhelmed. She emphasises that her work isn’t a solitary pursuit, but a team effort. “You are always working as a team. It is never just one person that writes a law,” she says.

She believes the protection and care of unaccompanied foreign children that find their way into South Africa needs more attention. “This is a very interesting group of children that don’t receive much attention,” she says.

According to a Unicef article, Children on the Move. Unaccompanied migrant children in South Africa, the government has a legislative responsibility to extend the same protective measures to foreign children as it would to any South African child.

Such children, of whom there are several thousand in the country, come from as far as Somalia. “They walk here, or hitch a ride on the back of trucks,” she says.

She adds that South Africa’s laws on unaccompanied foreign children are not very clear.

“I would like to see more attention paid to this.”

When Skelton is not in court, she lectures in the university’s Department of Law. “I draw a lot from my own work. I try to make the law come alive,” she says.

When she’s lecturing, she most enjoys changing the way students think about law. “I feel I play a role in helping students see there are other ways to do law,” she says.

“I always tell my students that it is important to like your job, because I do.”

She says the protection of children’s rights isn’t just up to lawyers and the court, but ordinary South Africans also have a role. “The public can do a lot to help children. You might know a child is being abused and you can bring that to the attention of the law. Don’t turn a blind eye.” 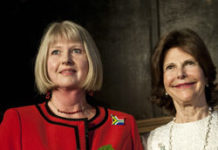