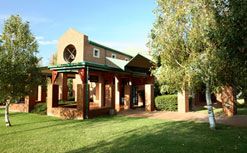 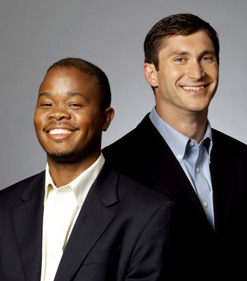 An elite new high school about to open near Johannesburg is to groom a remarkable group of youngsters from across Africa to be the continent’s future leaders, with a strong emphasis on understanding African issues.

The non-profit African Leadership Academy (ALA), situated in Honeydew, opens its doors on 3 September 2008. With a stringent admissions policy, the school will offer an education focused on leadership development and entrepreneurial training from a strongly African perspective.

The academy selects its students solely on merit, looking for youngsters from 16 to 19 years old with the potential to rise to the top of their chosen careers. Out of 1 700 applicants from students in 36 African countries, 106 were selected for the two-year programme – an admission rate of 6.2%.

“The number of applicants exceeded our expectations,” says ALA co-founder and COO Chris Bradford. “This clearly showed us that there is a great need for a school like this in Africa.” By comparison, Harvard has an admission rate of 7.1% and Stanford 9.5%.

The school has 53 girls and 53 boys from 27 African countries, from Morocco to South Africa, as well as from Germany and the US. The group includes 13 South Africans, 12 Kenyans, nine students from Nigeria, eight each from Senegal and Tanzania, and six from Morocco.

“We believe that Africa’s future lies in the quality of the leaders of tomorrow,” Bradford says. “By combining their academic knowledge with contextual knowledge of Africa and the skills they gain through community service projects, our graduates will be superbly equipped to put their ideas into practice.”

The inaugural group of students were strictly selected according to ALA’s merit-based criteria: academic achievement, leadership potential, entrepreneurial spirit, passion for Africa, and commitment to service. Some are from wealthy families, others refugees from troubled regions or for various reasons have been unable to complete their schooling. Many have won recognition through academic achievement, or have demonstrated fierce entrepreneurial spirit. All possess the qualities of a leader.

Teachers were selected according to even more rigorous standards. Of the hundreds who applied, a mere 2% were selected. ALA now boasts 20 teachers from top schools around the globe, headed by Dean Christopher Khaemba, formerly principal of Alliance Boys’ High School in Kikuyu, Nairobi – the school that consistently performs best in Kenya’s secondary school exams.

Only 10% of the initial intake can afford the US$20 000 (R155 000) tuition fee; the remaining 90% are attending on scholarships although, says Bradford, they are asked to make a contribution, however small, according to their means.

ALA’s unique method of teaching is based on discussion groups, much like the Socratic method, to stimulate thinking and unlock creativity. “Our teachers will challenge their students,” says Bradford, “and the students themselves can learn a great deal from each other as they share their personal perspectives on different issues.”

CEO Swaniker, just 31 years old, comes from a family of educators. Having lived and worked in a number of African countries, he was continually struck by the continent’s need for ethical leadership. He played an important role in the launch of Mount Pleasant English Medium School, one of Botswana’s top private elementary schools. He is also a founder of Global Leadership Adventures, a programme for high-school students that gives them the chance to serve in communities in other countries.

A graduate of the Stanford University Graduate School of Business, Swaniker also completed a BA in economics at Macalester College in Minnesota, US.

Non-executive founders Peter Mombaur and Acha Leke bring with them a wealth of experience in management and investment consulting, telecommunications and engineering.

Leading Africa towards a prosperous future

The ALA experience does not end at graduation, says Bradford, but aims to support former students throughout their lives, playing an integral role in the formation of a powerful network of African leaders who will be able to turn to their peers for mentoring, career advice, and business opportunities.

One is sixteen-year-old Miranda Nyathi from Port Elizabeth, South Africa, who took on the role of her class’s maths teacher after the regular teacher failed to show up during the weeks-long teachers’ strike in 2007. After ALA she plans to work to place effective teachers in schools across the continent.

William Kamkwamba, 20, from Malawi, dropped out of school at 14 because of financial constraints but taught himself the principles of energy from two library books, and built a windmill that supplies his home with electricity. His ambition is to set up a windmill company to help people all over Africa.

Kenyan student Tabitha Tongoi, 17, established an educational project to help supply much-needed textbooks to her school in Nairobi. So far she has facilitated the donation of more than 3 000 books. She plans to become a human rights lawyer.

Zimbabwean Belinda Munemo, 17, built up an agricultural business that included egg-laying and a vegetable garden to create sustainable income for an orphaned family, teaching the eldest child to manage the income. She wants to open a network of hospitals that will focus on research and treatment for cancer and Aids.

These and other remarkable youngsters will use their knowledge and experience to work in communities around the ALA campus, gaining practical experience that they will take with them out into the world. As part of their curriculum each student is required to complete a service project before graduation.

The ALA plans to share its vision and resources beyond its physical boundaries through a series of open lectures, free training seminars that will equip teachers from other schools with innovative teaching methods, and school holiday camps to develop leadership and entrepreneurial skills in younger pupils.

ALA has been a work in progress since 2003, when Swaniker became inspired to address the issue of leadership.

“We want to move the continent forward,” says Swaniker, “and so we look for teachers and students who have that abiding passion for Africa. There are so many opportunities across the continent, but the barrier to peace and prosperity has always been leadership. And we need to inculcate these values while our students are still young – Richard Branson was 16 when he began his business career; Bill Gates started Microsoft at 19.”

The school currently occupies a tranquil 20 acres of land once used by a printing plant and training school. Most facilities were already in place, including an auditorium, except for the two science labs which have just been completed.

“We couldn’t have reached this stage without the help of the national Department of Home Affairs,” says Director of Operations Anabel Argyle. “They assisted us with a lot of the paperwork, especially where there were major problems. Many of our pupils don’t come from well-off families and therefore have no passport because they don’t travel with their parents. Some have illiterate parents and didn’t even have birth certificates or identity documents. Fortunately Home Affairs was sympathetic to our cause and waived certain conditions or gave us extensions on others.”

The national and provincial education departments have also been tremendously helpful, says Swaniker, as have major businesses such as Absa, Cisco, the Industrial Development Corporation, and Kenya Airways, which is keen to become the official ALA carrier. “They have the widest footprint of all the African airlines we studied,” he says.