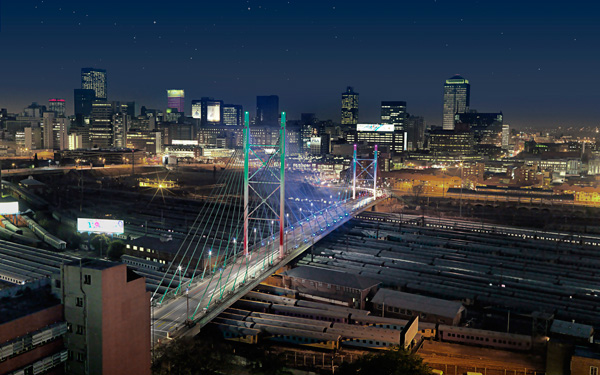 A view of the Johannesburg city centre over the Nelson Mandela Bridge. “Local government is where the rubber hits the road” in the global fight against climate change, Johannesburg mayor Parks Tau said at the C40 Cities Climate Leadership Group summit. (Image: Brand South Africa)

Africa produces the least amount of greenhouse gases, yet will bear the brunt of global climate change. At the C40 Cities Climate Leadership Group summit in Johannesburg this week, mayor Parks Tau welcomed three new African megacities to the network, bringing the total to seven out of 66 world cities.

“We welcome the inclusion of more African cities on the C40 network,” Tau said in an interview at the summit. “This expansion will stimulate direct action for mitigation, adaptation at local government in Africa, acknowledging that Africa carries a disproportionate burden that climate change has on the poor and developing world.”

According to the International Panel on Climate Change, Africa is the most exposed region in the world to the impact of climate change. It will make dry areas drier and wet areas wetter, more crops will fail, and diseases will spread to new altitudes.

The African members of C40 are Johannesburg, Addis Ababa in Ethiopia, Cairo in Egypt, and Lagos in Nigeria, recently joined by Nairobi in Kenya, Dar es Salaam in Tanzania, and South Africa’s Cape Town. Some 45 cities were represented at the three-day summit at the Sandton Convention Centre in northern Johannesburg, with over 18 mayors present.

“This is really where we’re able to share best practice and make commitments to both mitigate the impacts of climate change,” Tau said, “but also find mechanisms to adapt to the realities of the changes in weather patterns and the pollution that we are experiencing.”

Cities’ role in a global fight

Welcoming mayors and city official to the summit, Tau said in his opening address: “South Africa’s approach to climate change flows from the National Climate Change Response Policy. This policy framework aims to reduce the rate at which the country contributes to climate change, with a special focus on a reduction in greenhouse gas emissions, and developing adequate responses to its impacts on society.”

Tau referred to the Kyoto Protocol, an international agreement which commits governments to setting binding emission reduction targets, linked to the UN Framework Convention on Climate Change. The protocol was originally adopted in December 1997, and came into force in February 2005. The rules for its implementation were adopted at the seventh Conference of Parties, or COP, in Morocco in 2001. The latest COP meeting, COP18, was held in Doha in 2012. A criticism of these meetings is that agreements are not easily reached, and when thy are, often not adhered to.

While the Kyoto Protocol talks to governments, the C40 is a grouping of mayors of megacities getting together and implementing practical measures that affect their cities and citizens. “Local government is where the rubber hits the road,” Tau said. “We can say this is where we have to provide these services and this is what can be done differently to mitigate the impact of climate change.” 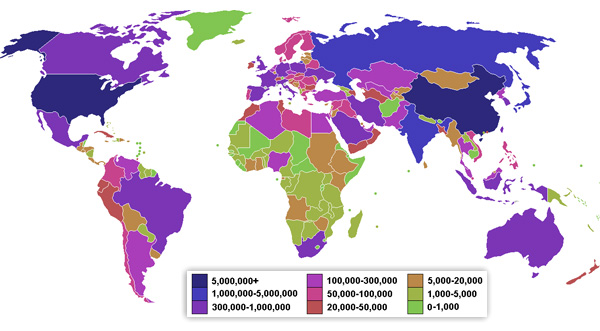 Tau spoke of the effects of apartheid city planning, which forced black people to live on the periphery of towns and cities. As a result, the poorest people have to spend more on transport to get to and from work. The city’s new Corridors of Freedom project aims to counter this and other planning problems, part an effort, he said, to “restitch the city”.

The corridors will be high-density mixed-use residential areas along transport routes serviced by the city’s bus rapid transit system, or BRT. This new form of public transport was pioneered in South America, and has caught on around the world, jumping from 13 a few years ago to 29 systems now, 16 of those in developed countries.

Dedicated bus routes take passengers to urban hubs, collected in the suburbs by feeder buses. The corridors will help to curb urban sprawl in Johannesburg, and create a more inclusive city with better access to government services, schools and medical facilities, said Tau.

The BRT system cuts carbon emissions by reducing the number of cars on the city’s roads, currently saving around 380 000 metric tons of carbon dioxide a year. By 2030, when it is fully implemented, it will save 6-million tons annually. Over 270 BRT buses are already running in Johannesburg, transporting more than 50 000 commuters daily.

The city has recently unveiled new dual fuel buses, using diesel and biogas in a hybrid system that will reduce the vehicles’ carbon emissions by some 70%. The buses are 20% cheaper to operate, and much quieter. More buses are on order.

“In future, we intend to develop and produce fuel filters, conversion kits, for both the public and private vehicle sectors,” Tau said. “This further contributes to generating new economic activities.”

From coal power to renewable energy

Some 87% of Johannesburg’s electricity is generated through coal, adding to the country’s greenhouse gases. “We have in the past reduced reliance on coal-generated electricity by as much as 20% mainly from energy efficiency and demand management initiatives that the city has implemented – all this while continually increasing access to electricity, especially for the poor.”

The city is also in the process of taking landfill gas and converting it to energy. The city has five landfill sites, with one site producing 5MW of renewable electricity, enough to power 4 500 homes. This reduces the carbon emissions from the landfill by some 149 000 tons of carbon dioxide annually. When the other four sites come online they will generate 19MW of electricity for 12 500 households.

Johannesburg has also installed over a thousand low-pressure solar water geysers to households in Cosmo City, a housing development in the north of the city. Launched in 2012, the programme aims to roll out 110 000 geysers to poor and low income households over three years. Another project is using sludge from the city’s sewage treatments plants to generate energy.

Tau has made food security a priority, in a city where informal settlements punctuate its borders.

Poor households spend up to 65% of their monthly earnings on food, and up to 42% of households are food insecure, meaning that for three days every month people go without a meal.

“While the problem is driven by climate change, the solutions also come from climate change interventions, like more localised food value chains and the increased use of urban fringe land for urban agriculture,” said Tau. “The city’s access to food and urban agriculture programmes are already implementing this form of climate-proofing through the city’s food supply.”

Some 30 organic food gardens were planted in schools and communities in 2010 and 2011. The project supplements school feeding programmes, at the same time giving communities an additional source of income through the sale of produce.

Tau said that the city is investing R110-billion in climate change initiatives over a 10-year period, starting in 2012. “This would enable the city to invest in programmes that combat climate change as well as to fight poverty as such asserting the agenda of the city to fight for food security.”