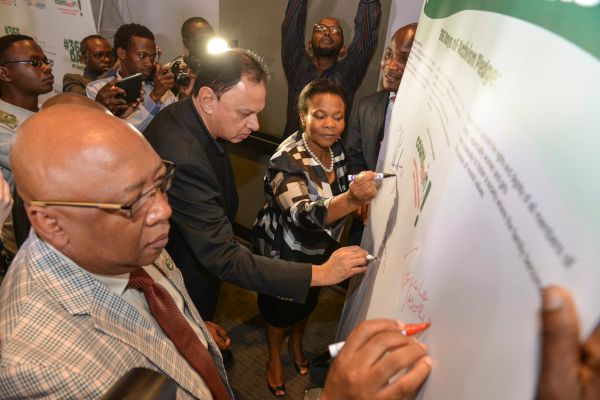 “When there’s a threat, that’s when we must act. That’s how we can stop violence,” Minister Susan Shabangu reminded guests. (Image: Crimeline).

This year’s 16 Days of Activism might have ended on 10 December as usual, but South Africa started its own campaign the day after that will keep the activism going for the next year.

Crime Line South Africa and the Department of Women have launched 365 Days of Activism, a year-long programme designed to curb violence against women and children. The campaign comes after President Jacob Zuma said 16 Days of Activism should be extended.

Speaking at the launch at the Maslow Hotel, Sandton, on 11 December, Minister in the Presidency for Women Susan Shabangu said violence against women and children was a problem that was eating into society. Fighting against it for just 16 days was not enough. Activism needed to continue until women and children were no longer threatened, she said.

“We are here to take forward the ‘Count me in’ initiative and to appeal to society not to look away. We need to rid our communities, neighbourhoods and backyards of abuse and violence. Activism can never be over until women feel safe in South Africa and children are free to play.”

Referring to the strangling of a 27-year-old woman in her Midrand, Gauteng home on Wednesday, 10 December, Shabangu said this was more of a reason to continue activism throughout the year. “I call upon all of us to break the silence so that it doesn’t come to you to feel the pain.”

Shabangu also spoke about the stigma of abuse, saying that when society was judgemental, victims of violence were unable to speak up. “We must be proactive in dealing with violence and not wait until an incident occurs before we react to violence… When there’s a threat, that’s when we must act. That’s how we can stop violence.”

Justice system must “wake up”

The campaign would also start national and provincial dialogues in communities to help influence policies and laws aimed at ending violence against women and children, he added. “We will be going to both urban and rural communities to have community dialogues as we want to listen to the people and the challenges that they face in the fight against this scourge.”

Radio presenter Xolani Gwala said there had to come a point at which people stopped fighting with each and instead started to co-operate. “We have a robust democracy, we wanted this. We fight about a lot of things. But where is the point where we say, ‘We should stop fighting and start co-operating?’ When do we work together for the good of this country?”

Crime Line launched a digital clock at midnight, 12 December. It will count down every second of the 365 Days campaign. Abramjee said the Crime Line Department of Women clock was meant to remind people that each day was for activism against violence against women. It featured the contact details of NGOs and other organisations that could help victims of abuse and violence.

The campaign would use the social media primary hashtags #365Days and #CountMeIn with a message every day on Twitter and Facebook for the next year.

Abramjee said it would be taken to Lesotho, Namibia and even Zambia. He hoped that in time the message would spread outside Southern Africa throughout the continent.

Lesotho’s minister for gender and youth, sports and recreation, Thesele Maseribane, was also at the event, and said Lesotho would participate in the campaign. Southern African countries needed to employ aggressive strategies to beat crime. “We will do everything in our power to address gender-based violence. We believe that gender-based violence is an international problem,” he said. 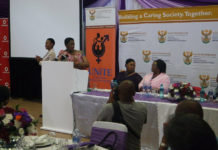 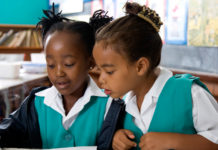