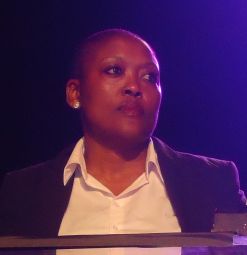 Brand South Africa’s Brand Manager Sithembile Ntombela believes that South Africans need to work together to deal with the crux of society’s issues. 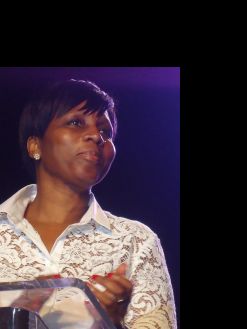 Brand South Africa attended the A Thousand Voices Against Abuse conference held at Emperor’s Palace in Kempton Park, Johannesburg, on Friday, 18 October. The day embraced South African women, who have played an essential role in the country’s democracy.

The almost 1 000-strong audience, mostly women with a few men, came from across the country, and dancing, singing, clapping, ululations, and poignant reflections were the order of the day as emotions ran high at the event.

As the conference celebrated the feminine and acknowledged mothers and gogos (grandmothers and older or elderly women), sisters and aunties, wives, girlfriends and daughters, the prominent message was that South Africa needs drastic change to stop violence against women and children.

The conference saw ordinary South Africans, academics and representatives from the Department of Public Service and Administration and NGOs attend.

“In 1994 there was a powerful, positive shift in South Africa and the country embraced freedom. Twenty years on society is encouraged to reflect on the present; to shape conversations; to commit to dialogue and raise its voice. It needs to bring ubuntu and humanity back into South African culture,” says Khumo Mohlamme, co-founder of A Thousand Voices.

“It is a conversation that we have started as South Africans to make sure that we celebrate women that have contributed to our democracy for the past 20 years. We also are increasing the awareness on the plight of gender violence.”

Brand South Africa’s brand manager, Sithembile Ntombela, insists that South Africans need to work together to fight crime and deal with the root of the society’s problems.

“We need to encourage the importance of social cohesion in nation building. We see it in sport, the feeling of ubuntu and togetherness. We need to adopt this same attitude into society.”

She adds, “We must stay true to our identity. SA is inspiring new, creative ways through our values. We need to stand strong by our pillars; these define our fortress, our pillars of ubuntu, creating innovation, sustainability, diversity and possibility. We are a proud nation and we need to all play our part.”

The A Thousand Voices movement aims to open the channels of engagement between government, academics, the private and public sectors, faith-based organisations and citizens from all walks of life, to profile and eradicate gender-based violence. It is an initiative by the South African envoy to the Open Government Partnership (OGP), which aims to secure commitments from governments to promote transparency and empower citizens.

Mohlamme says the main issue is that the justice system is not doing enough to implement government policies as far as women abuse is concerned. She says that there are great policies; however government needs a partner to make sure that people on the ground speak up against abuse.

“Last year we had 64 515 cases reported cases of rape and of course statistics do show that only one out of nine cases are actually reported, because there’s a lot of stigma that is associated with rape. There’s a lot of fear and intimidation. So we have not seen great progress, the stats are going higher and we have polices and we have talked about it but it is time we do more than talk,” Women Against Rape director, Pearl Kupe said.

She says that the country has been sweeping woman abuse under the table, and even though there has been more discussion about it, there doesn’t seem to be any progress.

“We have lovely polices and I think if you were to interrogate you [would] find that we have lovely strategies on national crime prevention and everything but we are not seeing the benefits of it translate. So we need to interrogate those strategies, we need to see if they have been implemented. If they have not been implemented we need to ask why,” Kupe said, adding that South Africans need to pick themselves up and redefine themselves.

Outcomes from the conference were that South Africans need to ask themselves how they can stem the tide of abuse and to step up, as it’s all South Africans’ responsibility.

Ayanda Dlodlo, deputy minister for Public Service and Administration proudly said: “This is a momentous occasion as this open partnership with government is encouraging power back to the people. We need to make sure that activism never ends. People and government must have a relationship of value, not politicking, but one of value. We need openness, transparency and good governance. Let’s not walk in the dark, let’s become beacons of hope and make it a priority to meet the basic needs of people.”

Ntombela believes that, together, the country can build pride and patriotism, drive mass mobilisation, lift the spirit of the nation and achieve widespread support. She believes that united, SA must incite a strong call to action.

Brand SA’s main aim is to inspire, and believes that South Africans can work together to promote optimism and never lose sight of hope.