South Africa is one of the 30 driest
countries in the world, and water demand
is exceeding available supply.
(Image: Rodger Bosch,
MediaClubSouthAfrica.com. For more free
photos, visit the image library)

A R500-million (US$67 million) water project agreement between South Africa and the Netherlands is to bring water to 165 000 people in KwaZulu-Natal province’s rural areas.

The project is to be implemented by the Zululand District Municipality on the country’s east coast. Its grant is provided by the Orio scheme, which is funded by the Dutch Ministry of Foreign Affairs.

The agreement, signed on 9 November at the start of Africa Water Week, aims to improve infrastructure in communities that need it the most.

Four million South Africans are still without access to clean potable water, according to Minister of Water and Environmental Affairs Buyelwa Sonjica.

KwaZulu-Natal has the country’s second largest provincial population, after Gauteng. More than 10-million people – 21.1% of the total population of 49.3-million – live in the province, according to mid-2009 estimates (PDF, 313 KB) by Statistics South Africa.

The water needs of KwaZulu-Natal metropolitan coastal areas are growing rapidly. This is as a result of current economic growth, improved water supply services, urbanisation of the population and associated expansion of residential and other developments.

Sonjica said African countries would not meet targets for water and sanitation set out in the Millennium Development Goals if trends continued.

The Department of Water and Environmental Affairs said the development goals set targets for sanitation and water to be met by 2015. But based on the current rates of development, the department estimates the water target would only be met by 2036 and sanitation by 2109.

“Africa’s sanitation and water is making slow progress and is stifling economic growth,” said Sonjica. She said a key problem was in financing water and sanitation infrastructure. “Sustainable financing to upscale infrastructure and service delivery in Africa remains a key focus.”

South Africa is one of the 30 driest countries in the world, and water demand is exceeding available supply. According to the Water Reconciliation Strategy (PDF, 2.75 MB) study by Water Affairs, completed in August 2008, the supply of water from KwaZulu-Natal’s Umgeni River is already stressed by rapid economic growth.

The report reveals that by comparing available water from current resources to future water requirements, urgent interventions are needed to prevent a short-term water shortage. These include coordinated management among water suppliers and water users

South Africa’s rapid growth in water demand over the last few years is expected to continue for another 20 years. As a long-term solution, the reports proposes that municipalities make use of the large volumes of treated waste water they currently discharge into the ocean. With further treatment this water can be made usable.

“In order to address the situation various interventions dealing with both water resource developments and demand side management measures, are needed,” the report said .

Researchers have warned that polluted water, poor management of dams and deteriorating infrastructure could lead to a major water crisis in South Africa.

Speaking on World Water Day on 22 March, water researcher Professor Faizal Bux said it was unfortunate that some poor communities still relied on rivers as a water source as this gave rise to water-borne diseases.

“Water authorities and government need to address this issue urgently. Adequate clean water supply is a backbone of a successful economy and therefore should be regarded as a priority area of funding by government,” he said. 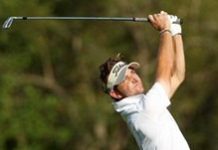 Looking out for SA’s sea life