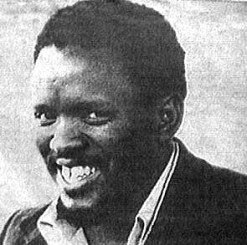 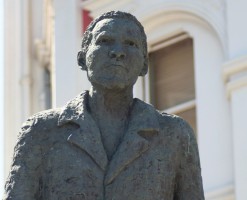 Stephen Bantu Biko died in police detention on 12 September 1977, but the principles that he stood for live on today through a series of programmes run by the Steve Biko Foundation.

Based in Johannesburg, with an office in King Williams Town in the Eastern Cape, the foundation exists to carry on the work and ideals espoused by the late African leader, especially that of community development, which is a key element of the restoration of dignity and a sense of worth and identity to people.

“We investigated other organisations that walked the path of preserving the legacies of people like Malcolm X, Martin Luther King, and Nelson Mandela,” said CEO Nkosinathi Biko, “before we established our own organisation.”

The foundation focuses on a three-part strategy. Firstly, it promotes dialogue and advocacy around issues of significance to the public. This mainly takes the form of two high-profile lectures: the Steve Biko Memorial Lecture and the Robert Sobukwe Memorial Lecture in honour of the late Pan Africanist Congress (PAC) founder. There is also the Matthew Goniwe Leadership Conference.

The Sobukwe lecture promotes the Pan Africanist dream of the man whom it honours, and focuses on issues of interest and relevance to the continent as a whole. Previous speakers include former Burundian president Pierre Buyoya, Archbishop Emeritus Njongonkulu Ndungane, who stepped down as Archbishop of Cape Town in 2007, and activist/scholar Professor Es’kia Mphahlele, who passed away in 2008.

On 9 September 2010, Pulitzer Prize-winning author Alice Walker will step to the dais for the annual lecture – only the second time, after Ramphele, that the honour falls to a woman.

These three initiatives are supported by seminars and workshops, and the Frank Talk forum, named after the pseudonym used by Biko while he was banned. Frank Talk is designed as a dialogue and networking opportunity for young people, giving them a platform to talk about relevant issues.

The foundation’s second thrust is to promote leadership development in South Africa. Public leaders should know more than just handy techniques such as time management – they must be citizens above all else, and be in touch with the needs of the people, in order to effectively bring about change.

The third focus is that of a research and policy unit, that will delve into aspects of development such as education, housing and poverty alleviation, as well as the intangible aspects of culture and history. Working with communities, who in many cases hold and pass on priceless indigenous knowledge, the unit will help to make that knowledge more widely available, resulting in upliftment and increased productivity.

Besides the research and policy-making, the unit will support studies by Fellows, who will be appointed on a number of levels ranging from Executive Fellows to Junior Fellows. This will ultimately spawn an international network of academics and leaders who will continue to work with the foundation.

“Fellows don’t have to be recognised leaders or well-read academics,” said Biko, “but our tiered system means that they can simply be people with the right experience – community leaders or developmental specialists.”

Another facet of the unit involves the publishing of information developed in the course of its work. This will take the form of books, a monthly perspective, occasional papers, and an annual journal.

Through these various activities, the Biko Foundation aims to empower people and communities to claim their rightful place in society, and strive for positive change in their personal lives and throughout the nation.

The foundation is in the process of developing the Steve Biko Centre, which is expected to open towards the end of 2011. This living monument and national legacy project, endorsed by Cabinet, is taking shape near Ginsberg Township in the Eastern Cape, where Biko lived. The centre will be the anchor site for the Steve Biko Heritage Trail.

“We want it to not only host relevant content for schools and local and international visitors,” said Obenewa Amponsah, the foundation’s director of fundraising and international partnerships, “but through the creation of jobs and the cultural tourism that will follow the centre’s opening, we hope it will become an important developmental resource, both intellectually and economically, for the region.”

While under construction, the centre will provide about 7 000 jobs, drawn from the local labour pool. Once completed, 53 people will find permanent employment there in its library, archive, museum, retail outlets and other facilities. More work will come in through related services, such as tourism. The centre also aims to promote cultural industries and entrepreneurship.

The Biko Heritage Trail will link a number of Biko-related sites in the Eastern Cape, all of which are national heritage sites and some of which are on Unesco’s tentative World Heritage list. These include the statue of Biko and the Biko Bridge in East London, Zanempilo Clinic in Zinyoka, Biko’s home in Ginsberg, his office in King Williams Town, and his grave in the Steve Biko Garden of Remembrance, also in King Williams Town.

Steve Biko was born in 1946 in Tylden in the Eastern Cape province, about 120km inland from the port city of East London. His parents believed in the value of an education, and made sure all their children received schooling.

Although his school career was outstanding, Biko’s political ambitions were threatening to overtake it. He was expelled from the missionary school Lovedale House just three months after he started there, on suspicion that he was a member of the PAC. He completed his education at the liberal Catholic boarding school St Francis, near Durban, and then enrolled for a medical degree at the University of Natal.

Here he began to devote more and more energy to his political career. He joined the multi-racial National Union of South African Students (Nusas), but was unable to progress through its leadership ranks because power was held by students attending white universities. Frustrated, Biko founded the South African Students’ Organisation (Saso) in 1968, which was only for black students.

The main aim of this new organisation was to educate and convince black people that they were not inferior to white people, as they had been repeatedly told and had come to believe. This was the seed of the Black Consciousness Movement (BCM). According to Biko, it was only by breaking away from this negative mindset that black people could rise above their desperate situations and “break the chains of oppression”.

The apartheid government had been monitoring Biko’s political activities, and eventually banned him in 1973. This meant that he could not talk to more than one person at a time, was not allowed to leave King Williams Town, had to report to the police station once a week and was prohibited from writing anything about the BCM.

But Biko’s commitment to the cause was so strong that for the next few years he defied the banning order by speaking at meetings and covertly distributing his Frank Talk publication. Through the BCM he also held educational classes in health, dressmaking and general literacy.

The BCM’s influence was felt in the Soweto riots of 1976, when black pupils protested against being forced to take lessons in Afrikaans. The protests spilled over into violence and left many dead. The event is now commemorated annually on 16 June, Youth Day.

Biko’s defiance culminated in his arrest, detention and interrogation in 1977 under Section Six of the Terrorism Act. He was held for 24 days and died, at the age of 30, from head injuries sustained during his incarceration – although the police claimed he had died as a result of a hunger strike.

He was the 41st South African to die in police custody. Only two decades later, during testimony before the Truth and Reconciliation Commission, did members of the police force admit that they were responsible for his death.

“How deeply indebted we are to Steve, acknowledged as the father of the Black Consciousness Movement,” wrote Archbishop Emeritus Desmond Tutu in the foreword of I Write What I like, a collection of Biko’s writings.

“Reconciliation needed Black Consciousness to happen, because reconciliation is a deeply personal thing happening between those who acknowledge their unique personhood, and who have it acknowledged by others.” 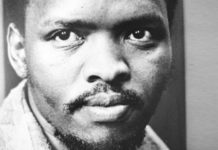