If unity and pride is an outcome, the means to get there is by caring for one another and creating a sense of community, according to researchers at a Brand South Africa forum on social cohesion. 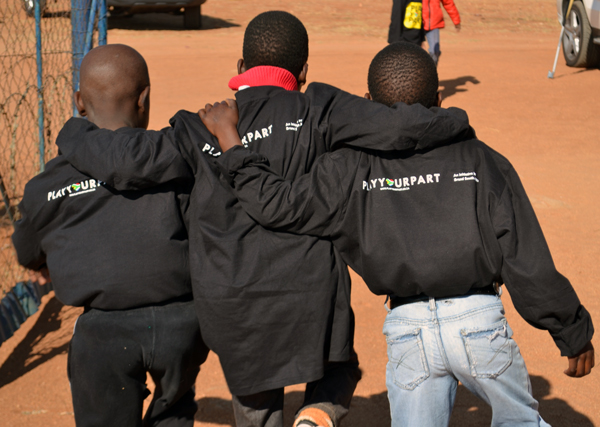 Unity and national pride can be achieved if South Africans care more for each other and work together.(Image: Shamin Chibba)

Brand South Africa’s chief executive, Kingsley Makhubela, looked at the academics and researchers around the boardroom table and asked: “How do we build a caring nation brand?”

Makhubela was addressing a roomful of researchers at the Brand South Africa research reference group discussion on social cohesion at its offices on Wednesday, 17 August.

Attendees looked to define the term “social cohesion” and sought a way to integrate it into South African society.

Vanessa Barolsky of the Human Sciences Research Council proposed a social cohesion strategy based on care and nation pride. She said the strategy should include, among other aspects, a new “ethic of care, an emphasis on ubuntu, respect for and unity in diversity, and shared values and norms”.

Trying to incorporate social cohesion into policy was proving to be problematic, Barolsky said. One of the factors impeding it was South African society’s tussle between individualism and community structures.

The definition of social cohesion in the National Development Plan (NDP) was described in “very circular terms”.

The NDP states that for social cohesion to take place, the gap between rich and poor has to close and that it can be promoted across all races and classes.

Makhubela said there were a few “pressure points” that made social cohesion difficult to achieve in South Africa. One of them was race relations. “We carry a lot of baggage from the past and we have no system to deal with it.”

For many years, he said, business had accused the state of being corrupt while the government had said business was not transformative. But it was after international ratings agencies had taken a closer look at South Africa earlier this year that both groups realised the country was built on shaky ground. “The foundation of our democracy has flopped. We’ve built it on divisive ground,” said Makhubela.

He added that the colour of our skin and the language we spoke should not determine the way we related to each other and quality of service delivery we received, yet it still occurred.

With South Africa in the middle of Women’s Month, Makhubela pointed out that social cohesion was being set back by the shocking level of gender-based violence.

He referred to six-year-old Kutlwano Garesape from Northern Cape who was killed recently while trying to protect his mother from being raped. The media was lauding the child as a hero, but this was a sign that something was very wrong with society, said Makhubela. “This means that a six-year-old is dealing with adult issues. So how can we say he is a hero? He shouldn’t have to deal with such things in the first place.”

South Africa’s heritage also played a part in social cohesion, said Brand South Africa research manager Petrus de Kock. The country’s history went back over 2 million years with the hominid fossils found around Maropeng. He also referred to the ancient kingdoms of Mapungubwe, Magoeba and the Modjadji Rain Queen and even Afrikaans as a truly African language. “Afrikaans was a utilitarian vehicle for people on the fringes of colonial society.”

Though Afrikaans was known to have roots in Dutch, German and French, the language had also absorbed elements of Malay and local languages. De Kock said less than 50% of Afrikaans speakers were white.

Furthermore, people’s behaviour was just one of the soft factors that determined social cohesion. He referred to the Rhodes Must Fall campaign as a symbol of a colonial past that had not been dealt with and a soft factor affecting nation building.

Barolskly spoke of the importance ethnography played in getting people to familiarise themselves with and embrace each other’s difference. “Ethnography is under-utilised in South Africa as it can capture the ‘way of life’ of groups of people.”

One of these ways of life was how communities dealt with problems, noted Barolsky. In a community, the people came together to deal with a problem on their own, whereas a Western individual structure called for external intervention to find solutions.

It was for this reason that attendees agreed social cohesion needed to adopt a national and communal point of view – that took into consideration smaller towns, rural areas and townships – as most discussions on the topic were centred on individual-orientated metropolitan areas.