Target audience: marketing and communications specialists from key sectors of our economy in the continent, including all government communicators. 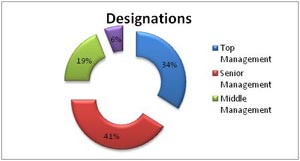 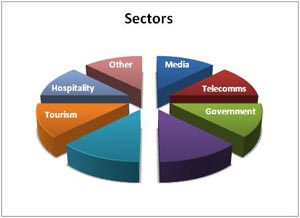 Report:
The thing we have talked about least is, of course, football. That’s because we share the view that in the bigger picture this is not really about football. There are a few fanatics who thought is should have been about the beautiful game, but we know was really about communication. The main function of the 2010 event is to communicate to our people, to our continent and to the world a set of messages about ourselves, our past, our present and our future. What become clear in those two days is that the beautiful game of football is the platform, the catalyst, the excuse for us to get the attention of the whole world for a brief and invaluable moment. But what we hope to achieve from this event – changing the way we see ourselves and the way the world see us in Africa – will depend on how we communicate what happens on the football fields and around it, during, before and after the few hours when the layers actually kick a ball around.

We all know this, but there was one lonely dissident those two days, Irvin Khoza, who insisted in saying at least something about the game. But even he had to concede that what happened on the field would mean very little unless we communicate effectively what we need to communicate to achieve our long-term goal, the real reason we campaigned so hard and so long for the privilege of playing host to this extraordinary event.

It seems clear from what has been said that we – and the LOC in particular – are doing well on the first phase: meeting the 17 contractual obligations to FIFA, ensuring that stadiums and infrastructure will be ready. But this is just phase one, and it is in fact the easiest part. We have said loudly clearly that we are going to be ready – and we must continue to say it. We will have to. Questions will continue to be asked and we must patiently and consistently answer them, as was done by a number of our key speakers.

But there is a much broader, long-term message to convey. It is not a defensive one, it is one that celebrates us, our people, our country, our achievements, our region, our continent, our past and our future. It is one that challenges the stereotypes people have of our people and our continent and taking the opportunity presented to us to force them to take a fresh look at us. As IMC (acting) and SA Tourism Chief Executive Moeketsi Mosola put it in his opening, scene-setting remarks, we need to create a “lasting impression” and we need to make full use of the communication opportunities this event presents to us.

The message which has come clearly through these two days is that this is not something which can achieved by the LOC or government alone, but it is a national effort and that there needs to be a strategic plan to involve all South Africans and key institutions in achieving this. This phase 2 is complex, because we need to ensure the same level of preparedness in every South African institution and every individual, especially those involved in key areas such as the hospitality and security industries.

The presentation from our German colleague was very clear and strong in driving home two central learning’s from their 2006 experience:

It was clear from our discussions that there is general recognition that we need now to enter this next phase and we need to do it actively and positively. What is less clear is how, where and who. If we are to believe our speaker, Germany was clear about what it had to challenge and how it had to do it – for example, in recognising that policemen and their attitudes were priorities, and in dealing with it effectively. It was not by chance that the World Cup was such a success in changing the way the world sees Germany – it was by dint of their hard work, their preparation, their organization and their focus.

“This task is too grave,” Irvin Khoza said, “to leave to chance. It is not a foregone conclusion. The South African public will not just come. They have to be invited and kept interested. Our communication machinery cannot take South Africans for granted. Whereas it is important for the message to reach them, it is even more important to win them over with a message that permeates through the clutter of messages they are bombarded with.”

It was not, I should add, by complaining about how the world sees them. It was not by saying that they were unfairly stereotyped. And I think this is an important message we have heard: we will not achieve much by complaining that the international media is unfair to us, questioning our readiness and continuing to purvey the notion that Africa.

We will do it by being honest about our challenges. And in this I must thank the GCIS chief Themba Maseko who dealt with the issue of xenophobia honestly and clearly. We have to face up to this issue and defeat it, if we are to achieve what we have to achieve. We can’t explain it away, excuse it, or try and call it something else. We have to slay this dragon. There can be no question of that.

We will do it by using every opportunity we have before, during and after the World Cup to challenge the stereotypes foisted upon us. That means every interaction, every image, every visit by a foreign correspondent needs to be used, not to purvey some fake, rosy picture of ourselves and our continent, but an honest and substantial one, which will challenge their preconceptions and help them learn more about us. This means mobilizing South African institutions and individuals to play their part.

“We are all involved in the World Cup,” Essop Pahad said yesterday, “whether we are the taxi drivers who pick up tourists at the airports, workers in the service industry, people on the streets who are stopped and asked for information, or official translator trained in the many global languages … And we must engage in a mass campaign to make sure that the best of what we are as South Africans shines through.””

Yesterday, on day one, we heard a good deal about how we can use mass media and new media, particularly innovative social networking campaigns, to achieve this. I must say that I felt that here we had genuine South African innovations, using global technology shaped to meet specific South Africa needs, in ways that were imaginative, interesting and engaging. I am thinking in particular of the Heartlines campaign, and the For Good programme, which are being important and valuable interactive networks for the country as a whole, but for partnerships like this in particular. I want to note that these campaigns do not do what they do by complaining about the media, but about, as Sophie Masipa put it, harnessing mass media for good.

A key phrase Sophie used was “individual action for collective benefit” and the value and import of this phrase is probably the most important we need to embrace.

Khaitu Mamela of City Press told us that he thought the media had to treat the middle ground between the extreme optimists and the ultra-pessimists He criticized our media for too easily conveying the skepticism of the European media and continuing to peddle the Option B story – that Fifa is working on a contingency plan for our failure. I hope he was not saying that our media should not be keeping us informed of what is being said in Europe; our media has to tell us when these things are being said about us; but he was, I think, urging us to use the skepticism we need to use whenever we want to practice the good journalism we was calling for.

We thought Khaitu said something important when he said we must also not raise expectations beyond the realistic. 2010 is important, and there is a lot to be gained from it, but our issues and our challenges will not disappear as a result of it.

We have heard a great deal about partnerships and collaboration, as clearly these goals can only be achieved by coordinating but not centralizing a range of initiatives in different sectors and having them work together and alongside each other. It was clear that everyone in the room sees the need to do these things, and the goodwill to get them done is there, and everywhere.

We have identified a need to begin phase 2: a roll-out of the preparedness campaign to every South African institution and individual. 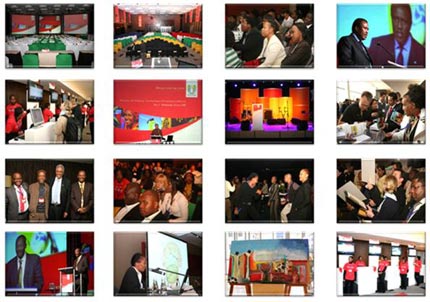