Ms Thandi Tobias – Chairperson of the Board 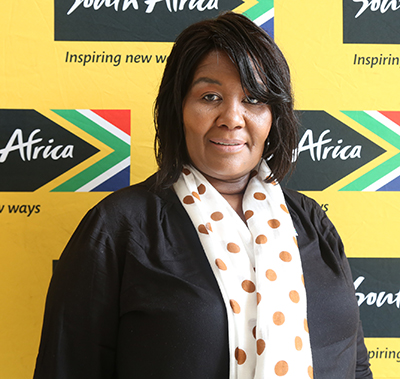 Ms Tobias matriculated at Phiritona Secondary school and obtained an advanced diploma in Economic Policy from the University of the Western Cape. She also attained a Certificate in Economics and Public Finance from UNISA as well as a certificate in Leadership Communication from Rhodes University.

· Deputy Minister of Trade and Industry, responsible for international trade;

· Chairperson of the standing Committee on Defence between 2005 and 2007;

· Chairperson of the Portfolio Committee on Public Works between 2007 and 2009;

· Member of Standing Committee on Public Accounts between 2004 and 2005;

· Member of Adhoc Committee on Auditor-General in 2004;

· Be a game changer