Home About Us Who we are Ms Tebogo Mamorobela 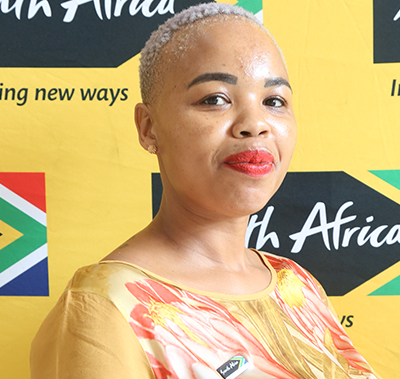 Ms Mamorobela is a youth activist, a mother and a cook. She matriculated at Maneledzi secondary school in Makhado, Limpopo. She has a Diploma in Governance Finance.

She was introduced to politics at an early age through The South African Youth Council (SAYC) and the South African Students Congress (SASCO). She served in the ANCYL Provincial Executive Committee of Limpopo as an Executive Member from 2012 to 2014. She currently serves as the Deputy Chairperson of the ANC Makhado sub-region since 2018 and is the Convener of ANCWL Young Woman Desk of Limpopo.